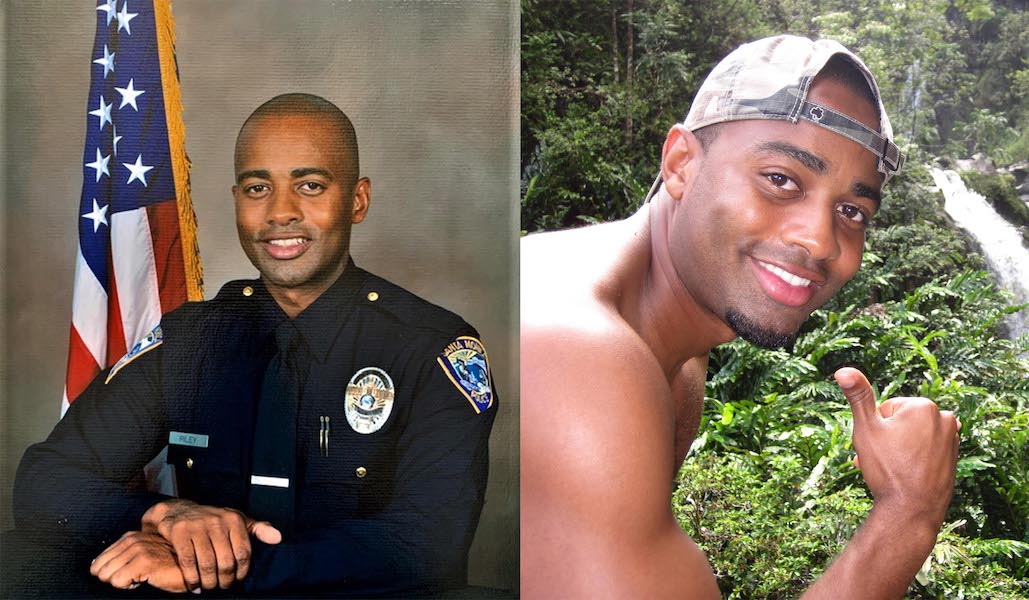 Riley Youth Foundation will host its inaugural fundraising gala, a “Journey to Success”

On Friday, November 1, from 7 p.m. to 11 p.m., the Riley Youth Foundation will host its inaugural fundraising gala, a “Journey to Success.” The Riley Youth Foundation was founded by Maya Riley after the tragic passing of her husband Rashad Riley, an Air Force veteran, officer in the Santa Monica Police Department and mentor. Riley passed away in a tragic drowning accident while on the island of Kauai on April 12, 2019.

“When my husband was here, we had talked about possibly doing some type of youth program during the summer when he had a little more time,” Riley explained. “We’ve always loved children.”

Riley was inspired to honor her husband’s memory and the positive impact he had on everyone around him. “To me, to let that tragically pass and just be done is not right,” Riley continued. “So that’s why I had the idea. I called one of my best friends, and I’m crying, and said I have a great idea. We need to start a youth program, a foundation. That’s how that idea was born, a moment of clarity where I was by myself. I’ve literally ran with it ever since, and we have not stopped.”

The moto of the Riley Foundation is “Inspiring, Motivating, and Building Strong Leaders.” Through various educational, fitness and mentorship programs, the foundation hopes to guide children in a positive direction, offering them important life skills that go beyond what they learn in school. Children will also learn about the importance of money management and finance.

“There’s three parts to your child’s success and that’s the parents, the teachers and then the child,” Riley explained. “And it’s so true because the teachers play such a crucial role in the development of your child when they’re away from home. At the end of the day, it’s still up to the parents to guide them and teach them. The teachers shouldn’t be building the characteristics of their students. That should be coming from home and then practicing it at school with the support of the teacher.”

A parent mentoring program will also be available to offer support to parents. Riley continued, “Just because you’re a parent, doesn’t mean everybody’s doing it the right way or everybody knows what to do or has the best advice. We want to be able to provide a location where parents can just come and talk to each other.”

In the months following her husband’s passing, Riley received an overwhelming amount of support from family, friends and the community around her. “We have the Santa Monica Police Department who have been extremely amazing and supportive. I could not have been in this situation as strong as I’ve been fighting without them. They have provided so much support. They are always here for me including the chief of police.”

Sponsored by the Santa Monica Police Association, Team Bully Buster and Get Beyond Fit, the gala also falls on Rashad Riley’s birthday. “That’s the reason we pushed so fast,” Riley explained. “I know a gala probably takes about a year to put together. We literally got Riley strong and we, as in our friends, family, the police department, and other people that loved him dearly, got together and made it happen.”

Over 200 guests, including important members of the community, are expected to attend the black-tie event that will feature music, entertainment and a silent auction and raffle. “It’ll be a great night of information, inspiration and celebration,” Riley continued. “And of course, we’re celebrating the concept of the foundation and his birthday, giving him the gift of continuing his legacy. My children will be there to show the support and everybody can see their faces and see that they’re okay.”

Riley added, “We’re fighting and we’re staying strong as a family. I will say that this project definitely helped me heal because I feel like I have a purpose. I feel like he has purpose. This will continue for his purpose.”

To learn more about the Riley Foundation and upcoming gala, visit: https://www.therileyyouthfoundation.org