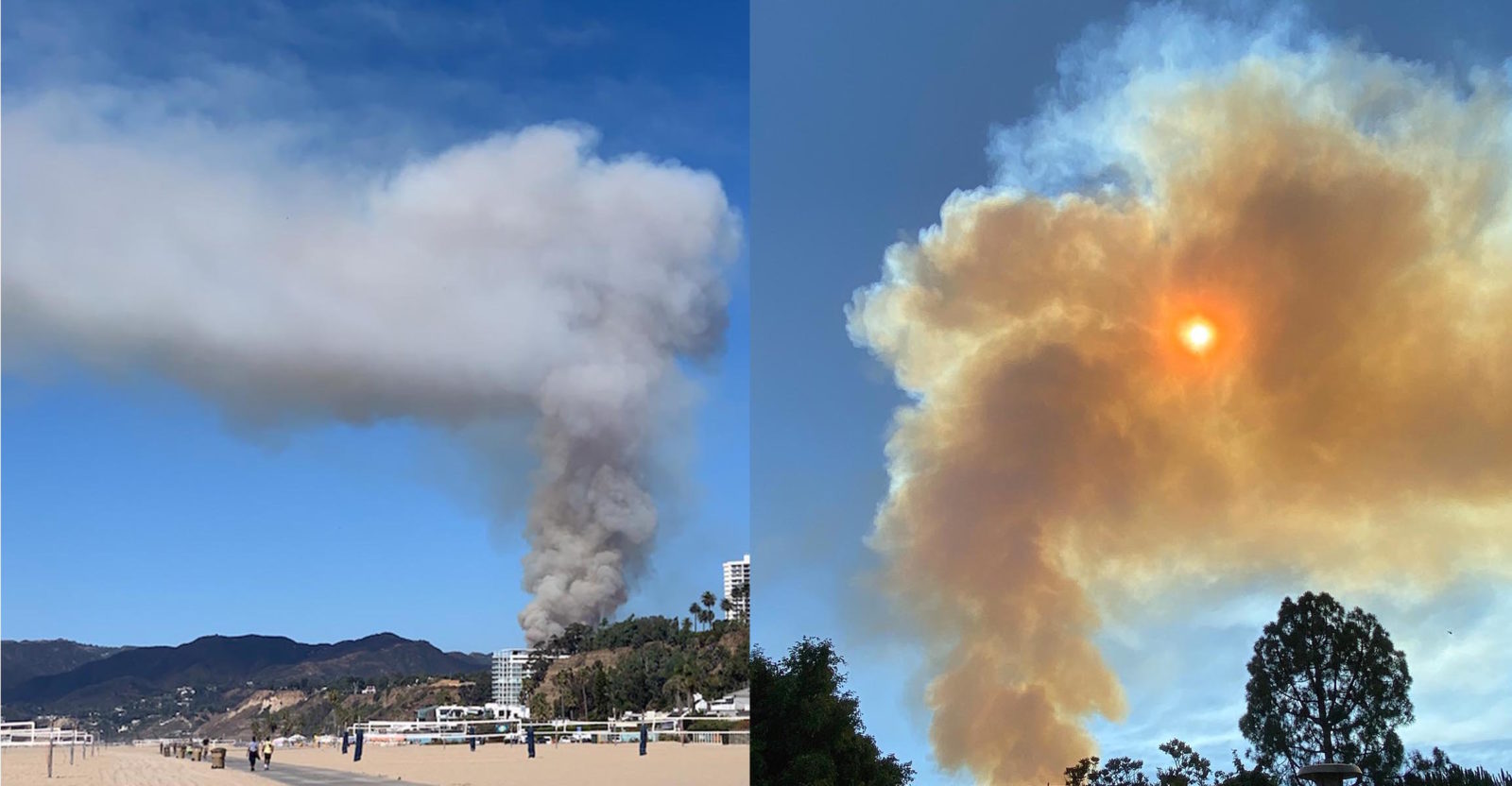 According to LAFD’s Brian Humphrey on Monday, October 21 at 10:39 a.m. ground and air teams responded to a terrain-driven (no wind), one-acre brush fire running uphill and possibly threatening homes near the 800 block of Palisades Drive.

“Now 1 hour into the firefight, this wildfire is believed to have has consumed 30+ acres of brush, and threatened several homes along Vista Grande Drive and Charmel Lane,” Humphrey said at 11:30 a.m.

At 12:05 p.m. Humphrey added “No structures are believed to have sustained significant damage. This is due to strong overall compliance with strict brush clearance regulations and a lack of wind. The earlier mention of 30+ acres consumed was indeed an estimate, and as conditions permit, we will devote the resources for a formal size of this terrain-driven blaze, which may be significantly smaller than that number.”

At 12:30 p.m. the LAFD issued a Mandatory Evacuation Order. An evacuation center is now open at the Pacific Palisades Recreation Center at 851 Alma Real Drive

“There is a Mandatory Evacuation Order for all residents within the area bordered by Charmel Lane on the West, Bienveneda Avenue on the East, the end of Lachman Lane on the North, and Merivale Lane on the South. All persons in this area are directed to leave NOW in a calm and orderly manner. This is due to both potential fire and smoke behavior as well as the pending arrival of large fixed-wind retardant dropping aircraft. Evacuating residents are asked to notify their neighbors of this Mandatory Evacuation Order, and to offer what evacuation assistance they can to neighbors who have mobility or functional needs,” Humphrey said.

Check back for more updates.