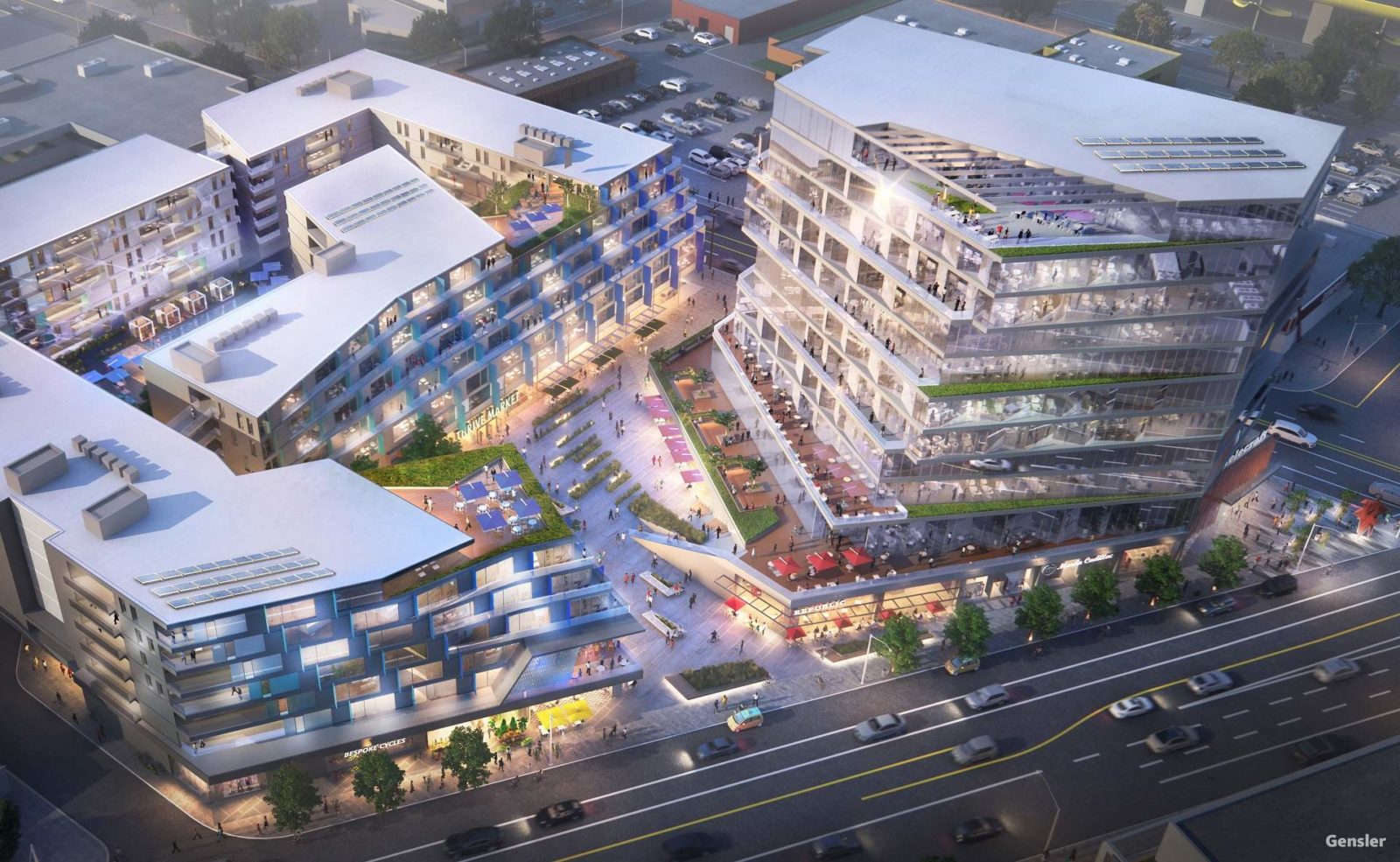 A Westside landmark, Martin Cadillac has been at the intersection of Bundy Drive and Olympic Boulevard for over 40 years but now the car dealer has closed its doors to be replaced by an 807,000 square foot 10-story mixed-use project developed by Houston-based Hines.

Last month the City of Los Angeles approved demolition permits for the 4.6-acre lot located at 12101 Olympic Boulevard. The site currently contains approximately 100,000 square feet of buildings that will be replaced by the Martin Expo Town Center. Plans call for 600 apartments, including 20 percent for workforce and very low-income households, 150,000 square feet of office space, retail at ground level and three levels of subterranean parking.

Designed by Gensler, the 10-story, 160-foot-tall office building will be located at the corner of Olympic Boulevard and Bundy Drive. The housing will be contained in a seven-story building designed by Togawa Smith Martin.

Martin Cadillac, which has re-merged as Cadillac of Beverly Hills at 8767 Wilshire Boulevard in Beverly Hills, has partnered with Houston-based developer Hines on the new project. According to The Real Deal, Hines paid over $200 million to become a partner on the 807,000-square-foot development.

In 2014 Hines gave up on plans for a 1.1 million-square-foot development at the Pen Factory in Santa Monica less than a mile away from Martin Cadillac after opponents created a ballot measure to repeal the project even though the development had been approved by the Santa Monica City Council.