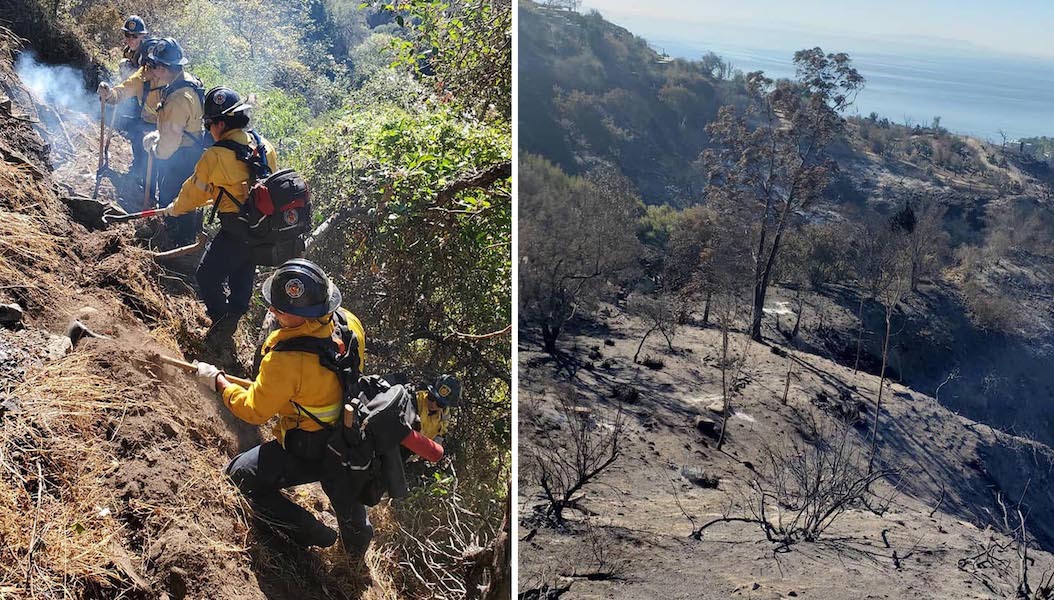 8 structures damaged as of Tuesday night

As of 8 p.m. Tuesday, the Palisades Fire remains at 40 acres with containment increased to 30 percent. The blaze has damaged eight structures and with dry gusts of wind expected to reach 40 mph, the Los Angeles Fire Department (LAFD) is advising Pacific Palisades residents to be prepared to evacuate if directed.

As of Tuesday night, the structures previously threatened and evacuated remains at 628, while structures with damage is reported at eight, according to the LAPD. There has been no loss of human life or structures destroyed by this blaze.

“Firefighters continue to work in extremely steep terrain, to ensure flareups do not move past control lines. Multiple locations flared up from smoldering debris within the burn area, however, firefighters made steady progress with continual strategic water drops to increase containment. Tactical patrols will continue to be on the lookout to quickly extinguish any hot spots throughout the night,” said Los Angeles Fire Department (LAFD) public information officer Brian Humphrey.

At 8 p.m. Monday, all evacuation orders were lifted from the Palisades Fire but the LAFD is advising residents who return home to be on alert.

“Fire Crews are working vigorously ahead of an anticipated Red Flag Fire Weather conditions that are expected to begin Thursday morning through Friday evening. We anticipate winds to be between 10 and 25 mph, gusts up to 40 mph, with low relative humidity and increased temperatures. The Los Angeles Fire Department encourages you to be prepared in the event of a brush fire. For those of living near current wildfire incidents, be vigilant and keep your TV or radio on. Make certain you have your family critical papers, phone data, pets and other valuables ready to evacuate if so directed,” Humphrey said.

According to Humphrey one firefighter has been injured with a non-life-threatening injury and one civilian has been taken to the hospital with a respiratory issue. 628 structures have been previously threatened and evacuated. 295 total personnel have been assigned to the fire across a range of agencies.