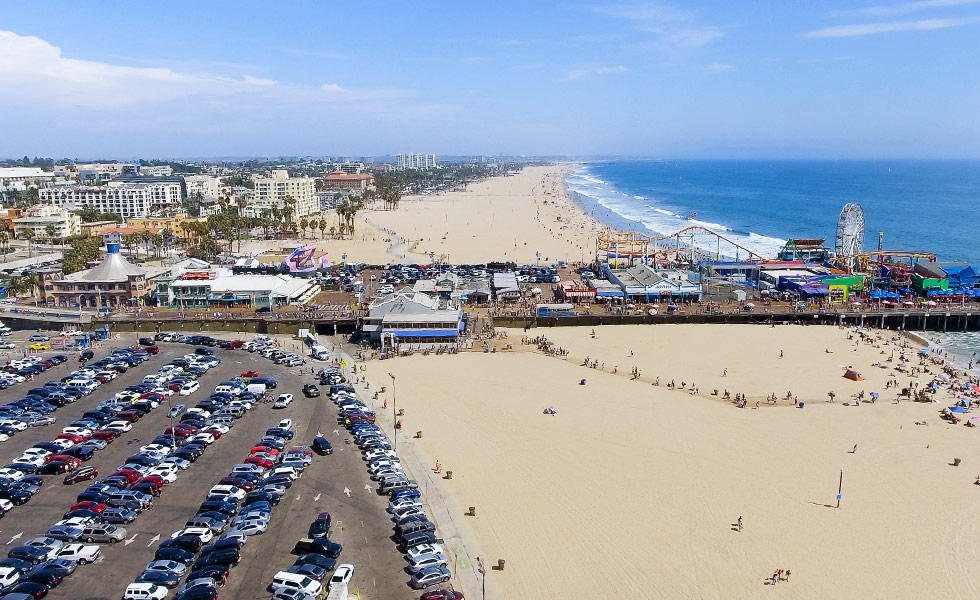 According to SMPD Lieutenant Candice Cobarrubias on October 16, 2019 at 9:58 pm, the SMPD received a radio call of a single shot fired in the south end portion of the pier’s 1550 Lot. Officers arrived on scene and found a male subject who had sustained a single gunshot wound to his lower leg. The victim was transported to a local hospital for a non-life threatening injury.

“Officers were able to ascertain the suspects to be group of male Hispanics, possibly gang members in their early 20’s. The suspects were last seen leaving the parking lot in a small sedan or smaller SUV. Officers canvassed the area and were unable to locate the suspects,” Cobarrubias said. “The incident appears to be a spontaneous gang related encounter. Both parties became involved in a verbal altercation on the pier, resulting in the shooting in the southern portion of the 1550 lot.”

The suspects remain at large, making this the third time in the past two months armed suspects have escaped a police search in Santa Monica. On September 10, an armed, masked robber stole between $3,000 and $5,000 from a Wells Fargo bank on Montana Avenue in broad daylight and eluded a massive manhunt. On October 3 a suspected armed robber escaped a manhunt in Santa Monica’s North of Montana neighborhood.

Detectives are asking for the public’s help in identifying the suspects or for any information that may be useful to the investigation. Please contact the Robbery/Homicide Division at 310-458-8451 or the Watch Commander at 310-458-8427.