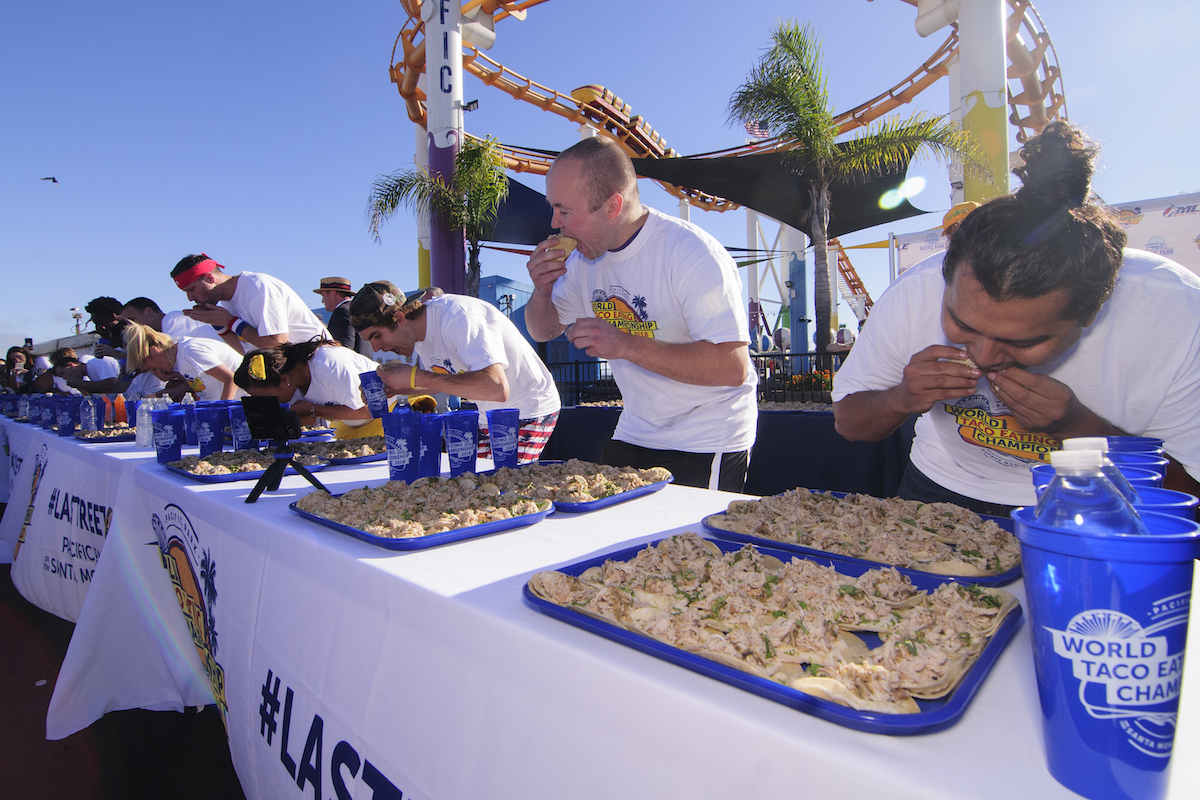 Joey Chestnut, the reigning champ and number one ranked eater in the world, will make his grand return alongside other Major League Eating (MLE) competitors. During last year’s inaugural event, Chestnut ate 62 street style carnitas tacos and took home a grand prize of $2,500. Chestnut is no stranger to eating massive amounts of tacos; in 2017, he broke the world record for most tacos eaten with 126 tacos in 8 minutes.

According to a Pacific Park press release, “Major League Eating (MLE), the world governing body of all stomach-centric sports, conducts more than 80 events annually, including the Nathan’s Famous Fourth of July International Hot Dog-Eating Contest in Coney Island, N.Y. The competitive eating community is made up of more than 8,000 veteran and rookie gurgitators who travel the nation in search of top titles and the glory that they provide.”

Total prize purse for the competition is $5,000. Registration is still open.