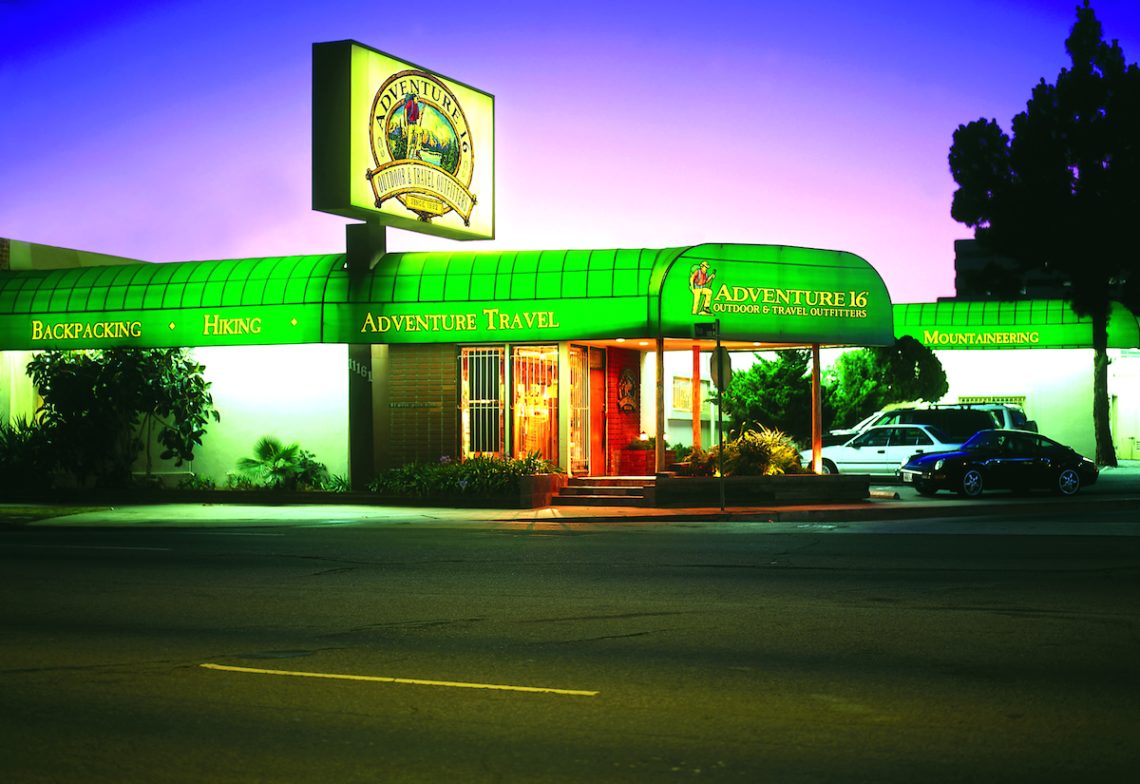 Adventure 16, perhaps best known by its outdoor active customers as A16, announced Friday that the 57-year-old company plans to close its remaining two stores in West Los Angeles and San Diego.

A16, one of the oldest companies in the outdoor industry, was started in a garage in La Mesa, CA in 1962 by members of a Boy Scout Explorer Post who were passionate about high adventure. Some of the adult advisors were aerospace engineers working at local aircraft plants Rohr and Convair and were also avid backpackers. Using state of the art aircraft-grade aluminum alloy tubing and other high-tech materials of the time, they invented and manufactured lightweight, high-quality backpacking equipment that helped revolutionize and vitalize the sport.

Although the company started as a manufacturer, by the mid-2000s the employee-owned company operated seven stores, an online store, a wholesale distribution business, a guide service and its own non-profit, Donate-A-Pack Foundation. A16’s CEO, John D. Mead, who has been with the company since 1970 had this to say about the 57-year run.

“We’re proud to be employee-owned and to have run a Foundation, that with the help of our customers, put tens of thousands of pieces of gear into the hands and onto the backs of adventurous underserved youth throughout Southern California. So we’ve seen a lot, learned a lot, made a lot of friends, and hopefully we did some good along the trail. It’s certainly been an enjoyable and rewarding journey and a great run in the sun. But times change. It’s no secret that our style of retailing is under intense pressure. Big box and online shopping, including direct selling from manufacturers, is on a steady rise and continues to outpace traditional specialty stores like A16. We’ve fought the good fight and now it’s time for us to strike camp and move on.”

The “Going Out of Business Sale” on Friday, November 29 marks the start of an approximate one-month liquidation that will include the extensive inventory of mid- to high-end outdoor equipment and clothing. Beginning a week later, on Saturday, December 7, the company will begin liquidating its rental gear and its store fixturing, including a large collection of vintage and antique props. Mead adds,

“We’ll throw in the kitchen sink, if someone wants to buy it! We’re determined to make the best of a sad situation. So expect to see us working hard with our heads held high, serving our customers and still making new friends with smiles on our faces, right up until the end.”