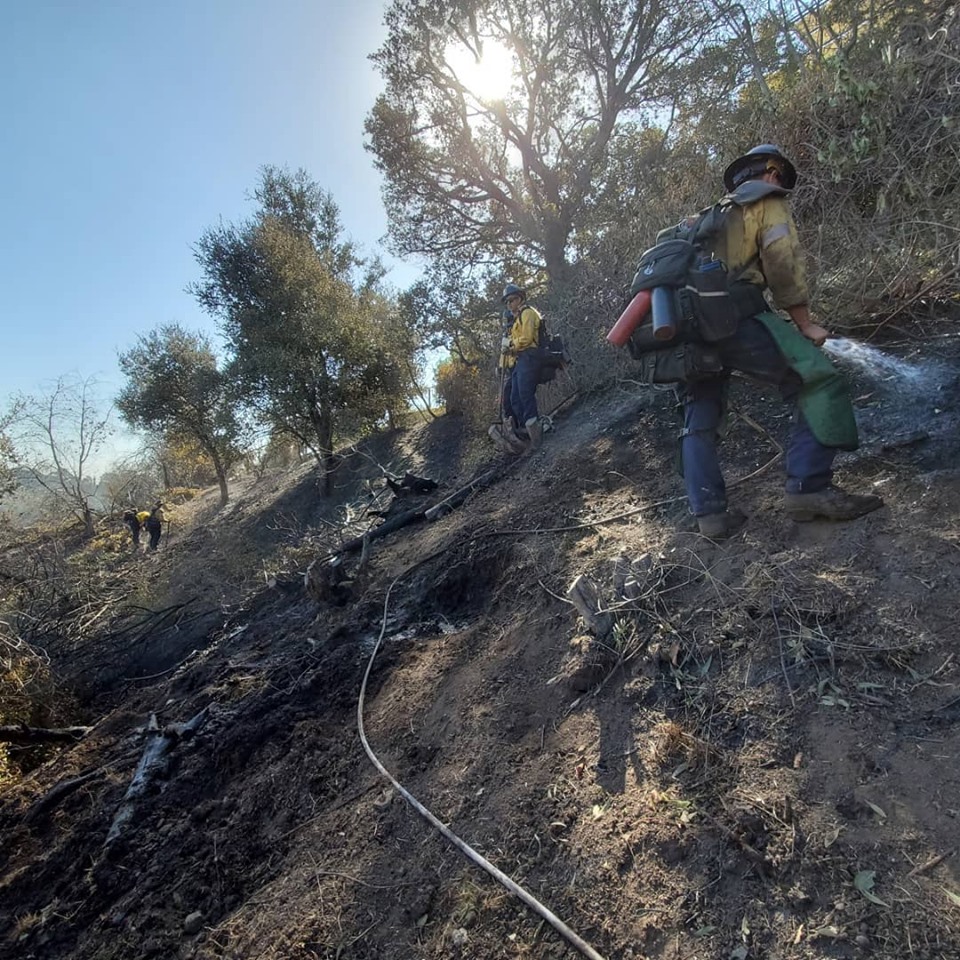 All evacuation orders have been lifted for residents displaced by the Getty Fire, which as of Friday afternoon is at 66 percent containment and has burned 745 acres.

The fire, which broke out in the Sepulveda Pass near the Getty Center around 1:30 a.m. Monday, has burned 745 acres and is at 66 percent containment as of Friday afternoon. According to the Los Angeles Fire Department (LAFD), 10 structures have been destroyed and 15 have been damaged as 7,091 residential buildings are threatened by the blaze. The Getty Center has not been damaged by the blaze. Two firefighters have suffered non-life-threatening injuries.

In a press conference Tuesday evening, Los Angeles Mayor Eric Garcetti and the LAFD announced that the fire was sparked by a tree branch falling on a powerline.

“The fire was deemed an accidental start, caused by a tree branch that broke off and subsequently landed in nearby powerlines during high wind conditions. This errant tree branch caused the sparking and arcing of the powerlines, igniting nearby brush. All powerlines on the pole remained intact,” said LAFD Spokesperson Brian Humphrey.

Firefighters performed mop-up and patrol throughout the night extinguishing any remaining hot spots inside the fire perimeter.

“Current objectives for firefighters today will be to increase and strengthen containment lines. Weak offshore winds of 10-15 mph are expected for wind prone areas of Los Angeles. A low relative humidity trend will continue across Southern California for the foreseeable future,” said LAFD Spokesperson Nicholas Prange.

All lanes of the 405 Freeway are open. Sepulveda Boulevard northbound is open to all traffic and Sepulveda Boulevard southbound from Skirball Center Drive to Sunset Boulevard is presently open to residents with I.D. only. For real-time information on freeway and highway status, visit the Caltrans QuickMap.

604 personnel are fighting the fire across a range of cooperating agencies, including 74 engines and 4 hand crews.