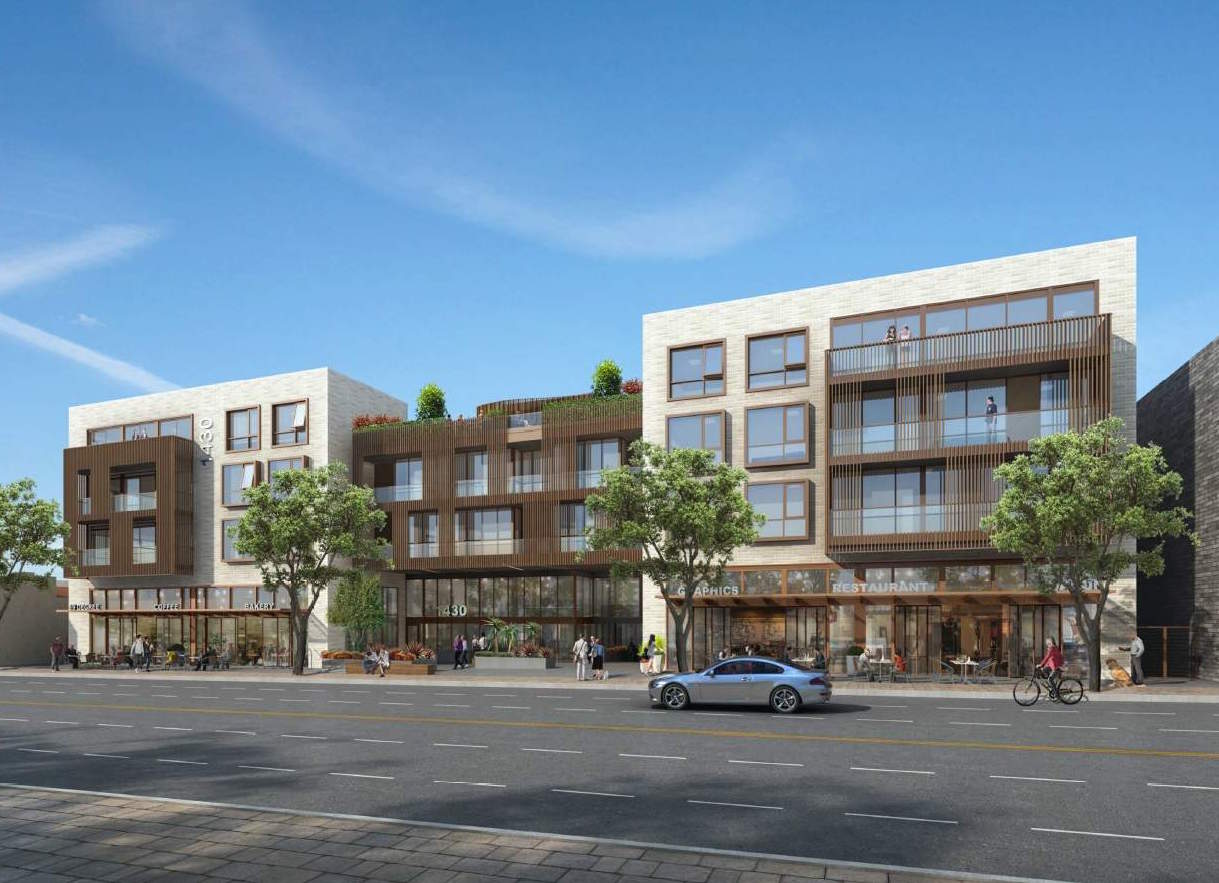 Construction is set to start next spring for a mixed-use development in Downtown Santa Monica that will bring 100 apartments and nearly 6,000 square feet of retail space to Lincoln Boulevard just blocks from the Expo Line.

“The building massing is inspired by the works of Bauhaus architects in the early 20th century. We used strong, simple forms to delineate between the living units (brick material) and the circulation/balcony (wood screen). This created a unified architectural language for the building, and a simple material palette to blend in with the existing urban fabric of Santa Monica,” said Henry Tong, principal at Studio T-Square 2, the project’s architecture firm in a news release. “We also designed a large central plaza as a public amenity for the city, with a transparent glazed wall system that looks into an open courtyard/outdoor room, creating a lively pedestrian experience. Overlooking this plaza is a large, highly amenitized roof deck, which is visually tied to the plaza. The units are designed to accommodate as much natural light and ventilation as possible,” said Tong.”

A groundbreaking for 1430 Lincoln is expected in spring 2020.

After several hearings worth of criticism from the Santa Monica Architectural Review Board, Studio T-Square 2 redesigned the project reflecting Board concerns that the building “exhibited a lack of clarity of design intent, design execution, and a general lack of detail.”

In the redesign, a projecting orange frame was scraped and the center was more deeply recessed between two sides to provide space for a small plaza. In addition, exterior finishes will now include brick and vertical wood screens – a contrast to the porcelain tile of the earlier renderings.

The project was not entirely without opposition even after the design tweaks.

“This developer already has a stronghold in Santa Monica and offers nothing new or advantageous to an area in which they already have for rent or sitting vacant many too many units. Being close to an NMS property I can personally attest to repeated fire alarms going off on a regular basis in one of their buildings, which is disruptive to our already crowded Lincoln area corridor. Keeping this short and to the point I vehemently oppose yet another NMS property bringing more people and noise but no real value, appeal and/or affordability to an area in which they have already over-saturated the downtown Santa Monica landscape,” wrote 9th Street Residents Opposed to Over-development in a letter to City Council in 2017 on the project.