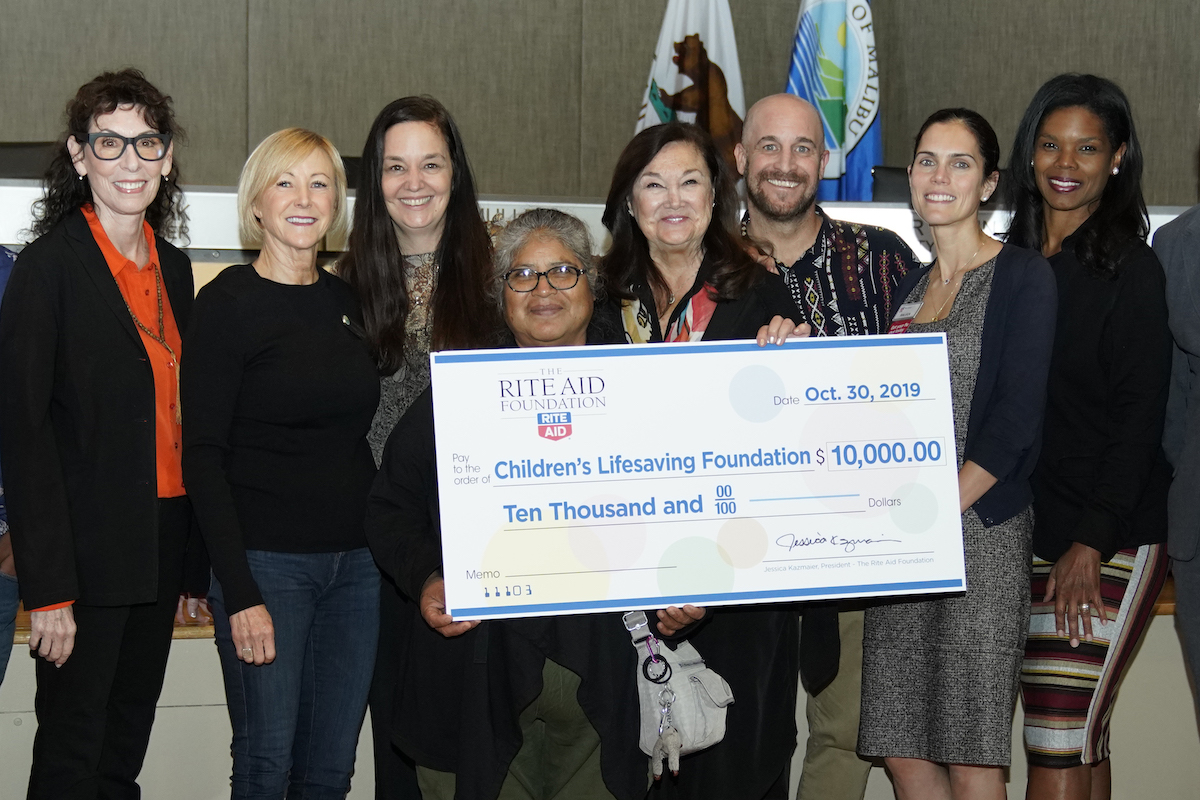 On October 30, Maria D’Angelo, founder and president of the Children’s Lifesaving Foundation (CLF) in Santa Monica, was awarded the Rite Aid Foundation’s KidChamp Award. The KidChamp Award was created in 2017, recognizing those who have had a significance impact advocating for youth and creating a safe environment in their communities.

According to the Rite Aid Foundation’s news release, “Ms. D’Angelo was recognized for her ongoing commitment to transforming the lives of homeless and at-risk children and families in Los Angeles. In recognition of her service, Ms. D’Angelo accepted a $10,000 donation and $500 in Rite Aid gift cards from The Rite Aid Foundation on behalf of The CLF during a special ceremony at Malibu City Hall.” D’Angelo is the seventh recipient of the award.

Founded in 1993, the CLF has given academic, social and domestic support to over 85,000 homeless and at-risk children and families. The CLF has also helped move 50 families from shelters to new homes and awarded over 55 scholarships to underprivileged teenagers throughout Los Angeles. D’Angelo also launched the Camp for All Program which has welcomed over 75,000 children free of charge, exposing them to art, sports and nature.

“I am extremely honored to receive the KidChamp award,” said D’Angelo. “I am so proud of the tremendous impact The CLF has made in this community and in the lives of our most vulnerable children and families. I look forward to helping even more children overcome the obstacles they face and, ultimately, learn how to stand proudly on their own.”

To learn more about the CLF, visit: https://www.childrenslifesaving.org