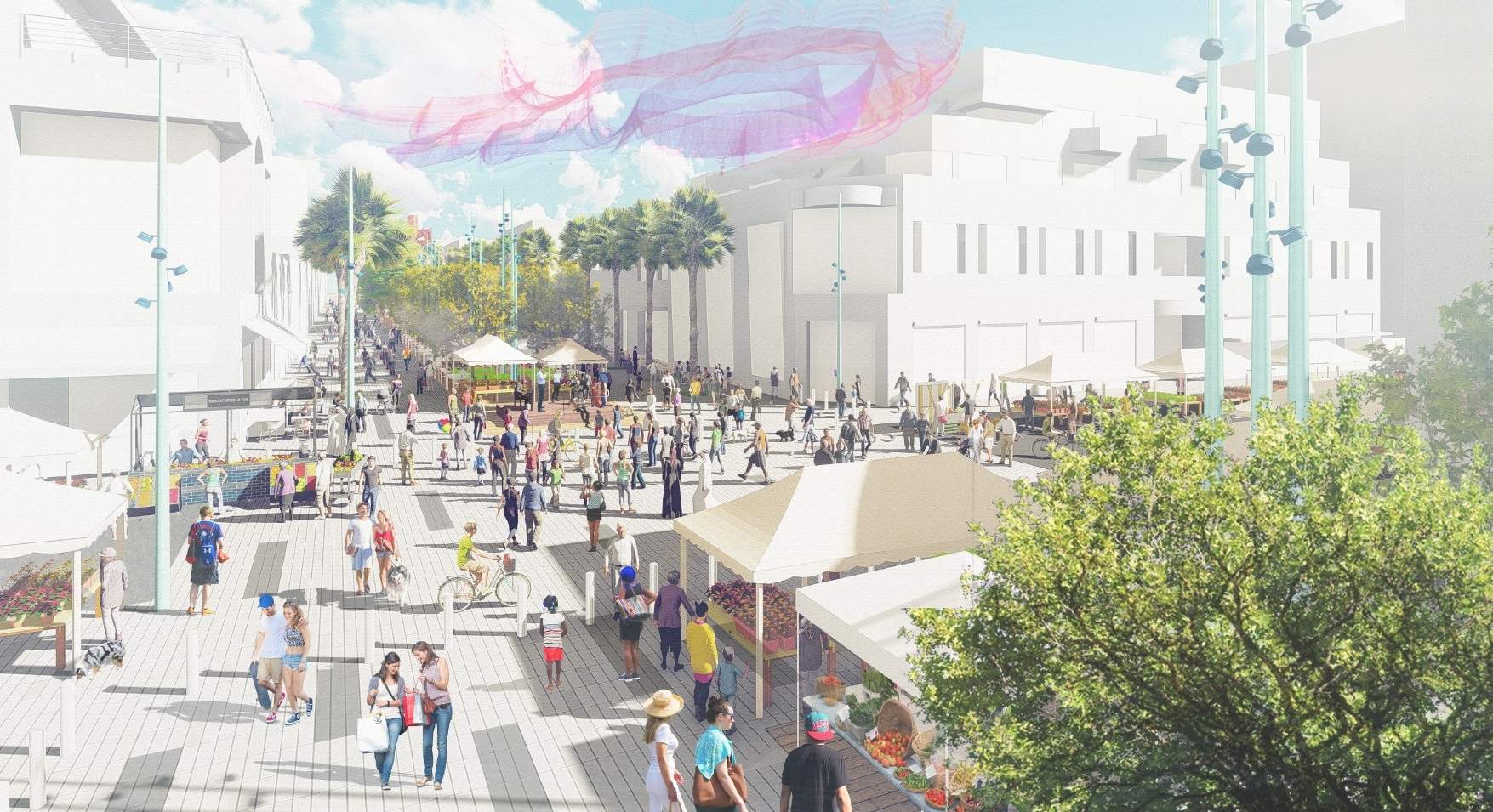 Looking to revive one of its primary tourist attractions, the City of Santa Monica took steps last week to develop a new master plan for the 30-year-old Third Street Promenade.

On Tuesday, November 5 Santa Monica City Council directed staff to develop a master plan and financing strategy for the redevelopment of the Third Street Promenade as part of a project to define the next thirty years for the shopping center.

The promenade opened in 1965 but took its current form in 1989 when the Third Street Promenade debuted closing off traffic for three blocks between Broadway Avenue and Wilshire Boulevard. According to Kathleen Rawson, CEO of Downtown Santa Monica, the Third Street Promenade is visited by more than 14 million people every year. And while it remains one of Santa Monica’s main tourist attractions, increased competition from other Southern California outdoor malls and online shopping have led to a decline in brick and mortar sales at shopping destinations like the Third Street Promenade. In order to adapt to the changing nature of consumers in the 21st century, stakeholders are looking to take measures to protect the vitality of the Promenade.

“When the Third Street Promenade debuted thirty years ago, it revolutionized the way we look at public space in Southern California,” said City Manager Rick Cole. “It’s the heart of our historic Downtown, the hub of commerce, dining, and entertainment and we are committed to ensuring it continues to be a place beloved by residents and visitors alike. The world is changing, but great public spaces have timeless qualities and we envision the evolution of the Promenade to emphasize the opportunity for people to enjoy a memorable, welcoming, and dynamic experience no matter how often they come.”

Improve would keep intact the current built environment of the Promenade while making tactical changes, such as raising the roadway at certain spots, razing select retail pavilions while retaining existing trees. Adapt, a more intensive option, would raise all roadways to ger rid of curbs. The most ambitious alternative, Transform, would see the removal and replacement of all existing pavement and materials while overhauling underground utilities, demolishing retail pavilions and swapping Jacaranda trees with shade trees.

Council did not vote on a preferred option, which will be determined through a series of open houses and meetings over the course of the next year. According to a City of Santa Monica staff report, an interim zoning ordinance for Promenade 3.0 is expected late 2020 and if everything goes according to plan construction could begin in late 2023.

According to Nina Fresco of the Promenade 3.0 Task Force, the design should be careful to avoid introducing themes that conflict with the historic resources that will coexist with the new streetscape.

“Designers can make this happen in subtle ways, such as interplay between the shapes, materials or styles of old and new. An overly exuberant design that that is too assertive will make the Promenade feel artificial. The area between the buildings should acknowledge them and make them integral to the visuals since the goal here is to revitalize the Promenade businesses inside the buildings, rather than allow an unrelated plaza to dominate the street,” Fresco said. “Signage is a great opportunity for revitalizing a vibrant aspect of the former aesthetic of the Promenade. We could bring back a new version of the geometric blade signs of the past, which created a strong 3D graphic element along Third Street. Lighting is also an opportunity to retain context along the street that will enhance the integrity of historic resources and existing buildings. A combination of traditional lighting placement that evokes a street, with modern accents for placemaking and highlighting activities or events will help ground the Promenade as a place with long-term integrity.

In Promenade 3.0, the future of the dinosaur sculptures remains uncertain as current plans do not feature the sculptures in their current location. In addition, up in the air is the potential for digital advertising on the Promenade. While some council members voiced opposition to having large video screens on, some advertising could be included in the digital wayfinding signage.

Financing for the endeavor could be provided via a special tax district, subject to the approval of property owners.

Community members can learn more and provide feedback at an open house on Saturday, December 7 at the Santa Monica Police Department substation in the 1400 block of the Promenade.