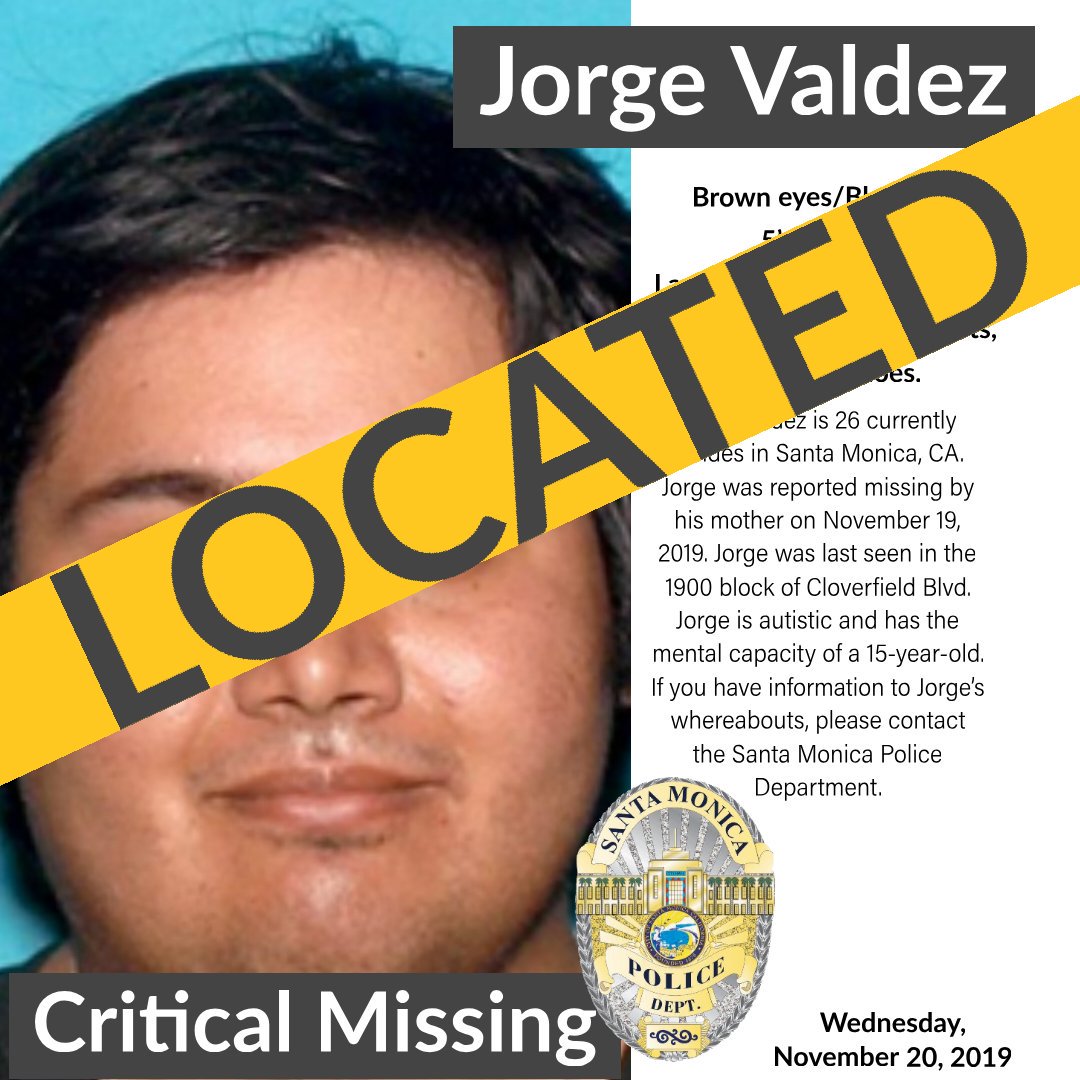 Update: the Santa Monica Police Department (SMPD) have located a resident with autism who was last seen yesterday in the Pico neighborhood.

Jorge Valdez, age 26 and currently a Santa Monica resident, was reported missing by his mother on November 19, 2019, according to the SMPD.

“Jorge was last seen in the 1900 block of Cloverfield Boulevard. Jorge is autistic and has the mental capacity of a 15-year-old,” the SMPD said in a press release.