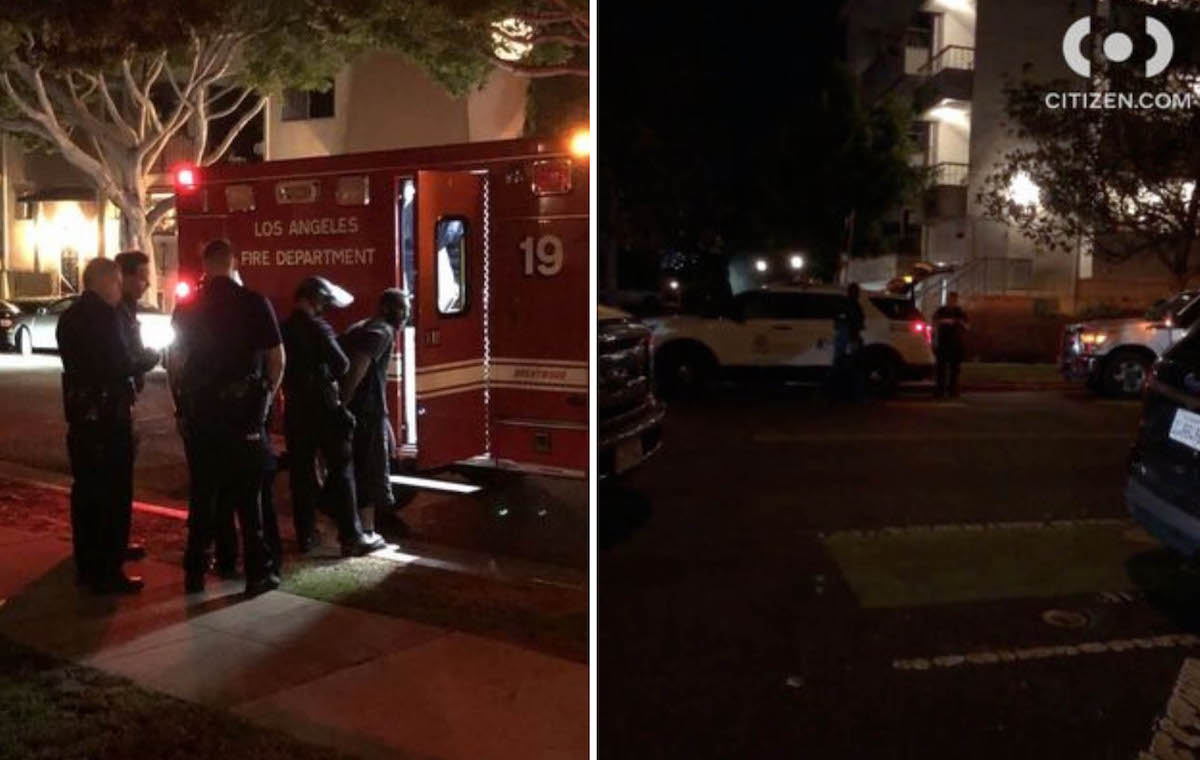 On November 22, two burglaries occurred in Brentwood near the Santa Monica border, culminating in two suspects crashing and flipping a getaway car in a residential neighborhood. While one suspect was arrested by police, the other remains at large at the time of publishing.

“The suspects, two, tall, male, blacks, wearing ski masks, entered the rear of the house by smashing the back-door window to the victim’s bedroom and were ransacking the bedroom when confronted by the victim. One suspect threw a pillowcase containing the victim’s property at the victim’s face and fled out of the house the way they came in,” Gray said. “The victim was uninjured but obviously shaken up.”

According to Gray, the suspects did not manage to steal any property.

The suspects, who the LAPD describe as “brazen”, then went to a house located on the 500 block of Avondale Avenue. According to an eyewitness, the duo pulled up to the house, exited a white Toyota Corolla and then jumped the fence. Thanks to the eyewitness who called the police, soon an LAFD airship was above the burglary in progress. The suspects smashed a side window to gain entry and stole the victim’s jewelry and miscellaneous property, fled out the front door and then jumped back into the white Toyota.

“They fled but the airship directed officers to them,” Gray said. “As they tried to get away, they crashed near the 700 block of Moreno Avenue. After a K9 and foot search, one suspect was found hiding to the rear of a house. Unfortunately, the other suspect managed to get away..[but] not without leaving some identifying property within the vehicle that provides detectives with substantial information.”

Accoridng to Gray, the vehicle was determined to be a rental rented by a known female associate of the suspects, both of whom have criminal records.

“Myself, along with investigating detectives, want to thank the community for their incredible response, from the first witness who called the police, to the neighbors who have provided footage and images from their security cameras, as well as the security companies who have partnered with police in furthering information and tips and images.”