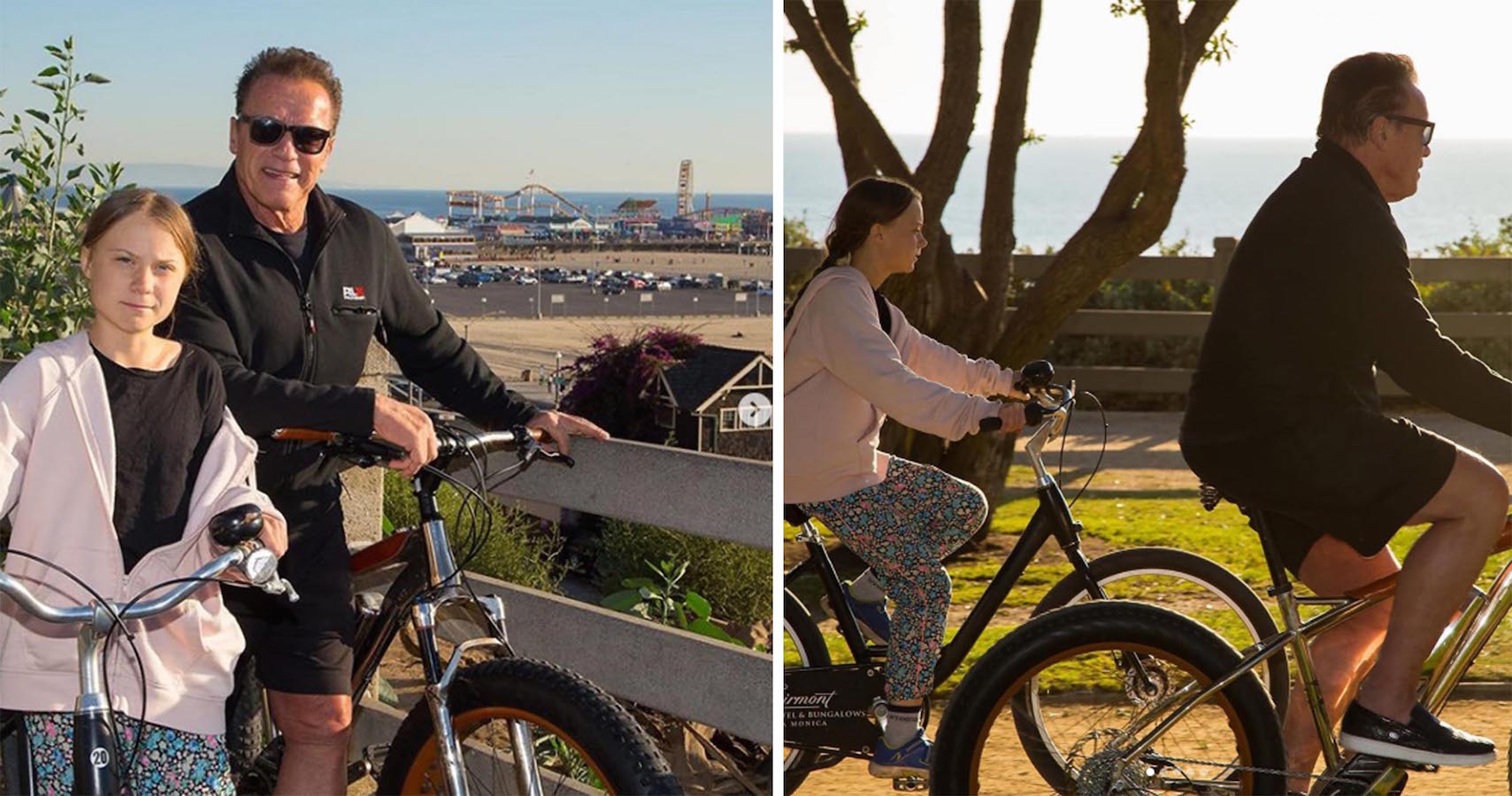 In a meeting of two figures who are strong in very different ways, Arnold Schwarzenegger and teenage climate activist Greta Thunberg were recently spotted biking in Santa Monica.

On November 4, former governor of California, Arnold Schwarzenegger, posted a series of photos to his Instagram account of his time spent cycling in Santa Monica alongside climate activist Greta Thunberg. They were joined by Thunberg’s father, Svante Thunberg, and Schwarzenegger’s daughter, Christina Schwarzenegger.

In the caption, Schwarzenegger wrote, “It was fantastic to see my friend and one of my heroes @gretathunberg last week and go on a bike ride around Santa Monica together and I was so pumped to introduce her to my daughter Christina. Keep inspiring, Greta!” The Terminator star and teen activist first met at the Austrian World Summit in May, organized by Schwarzenegger’s non- profit organization, R20. Schwarzenegger has been outspoken in matters involving the environment.

At only 16, Thunberg is already an influential figure in activism- from her solo protest last year to inspiring millions of people around the world to participate in one of the largest youth-driven demonstrations in history. She’s drawn the attention of the Hollywood elite, like Schwarzenegger and Leonardo DiCaprio, who also posted photos with Thunberg to his Instagram last week. In the caption, he wrote, “…It is because of Greta and young activists everywhere that I am optimistic about what the future holds. It was an honor to spend time with Greta. She and I have made a commitment to support one another, in hopes of securing a brighter future for our planet.”