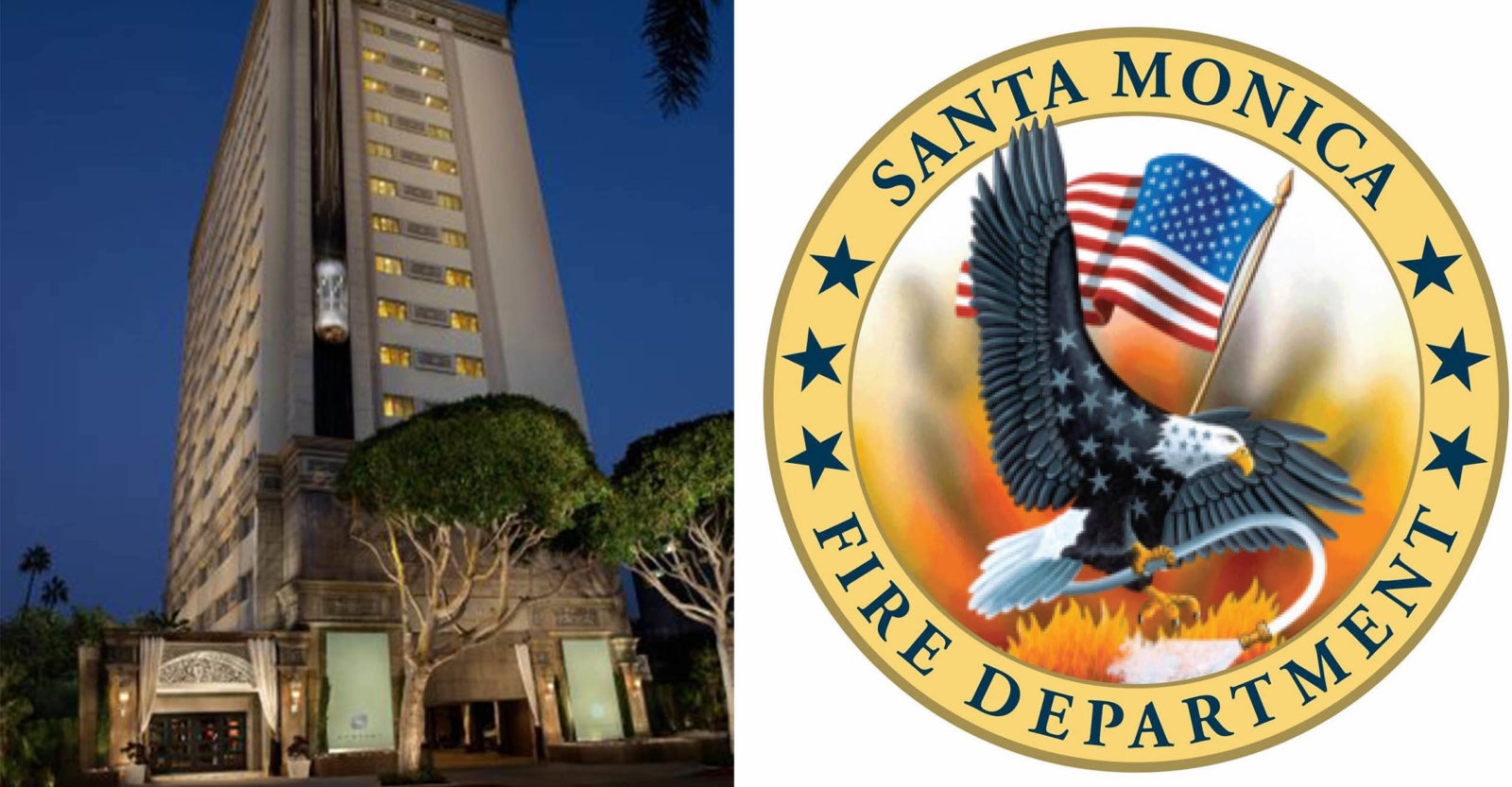 Arson investigators are attempting to determine the cause of a fire that broke out in a dumpster in an alley behind the Huntley Hotel in Santa Monica over the weekend.

According to the Santa Monica Fire Department (SMFD), on Sunday, December 22, 2019, at approximately 12:13 a.m, SMFD firefighters responded to the rear of 1111 2nd Street for a report of a fire behind the Huntley Hotel. Firefighters arrived in seven minutes and 45 seconds and encountered several large trash bins completely involved in fire, and beginning to spread to the 2nd, 3rd and 4th floor units of the hotel.

40 firefighters from the SMFD and Los Angeles Fire Department “aggressively attacked” the fire from both the exterior and interior to bring the blaze under control, says the SMFD, adding that Santa Monica Police Department officers “worked quickly” to assist with evacuating dozens of hotel guests to safety.

The fire was kept from spreading throughout the interior of the hotel and was declared out in approximately 30 minutes. Most of the fire related damage was held to the exterior of the building, with some fire damage to the balcony areas of the units above. Due to fire sprinkler activations in the affected units, there was substantial water removal and property salvage efforts that firefighters undertook on 4 floors.

According to the SMFD, one patient was treated by paramedics and transported to a local hospital in good condition. No injuries were reported to first responders. The SMFD says the fire originated in an exterior trash dumpster in the alley that communicated to the interior of the hotel. The cause of the fire is currently under investigation by the joint SMFD/SMPD Arson Task Force.

If anyone has information regarding this incident, they are encouraged to contact SMPD Detective Cooper at (310) 458-8478.