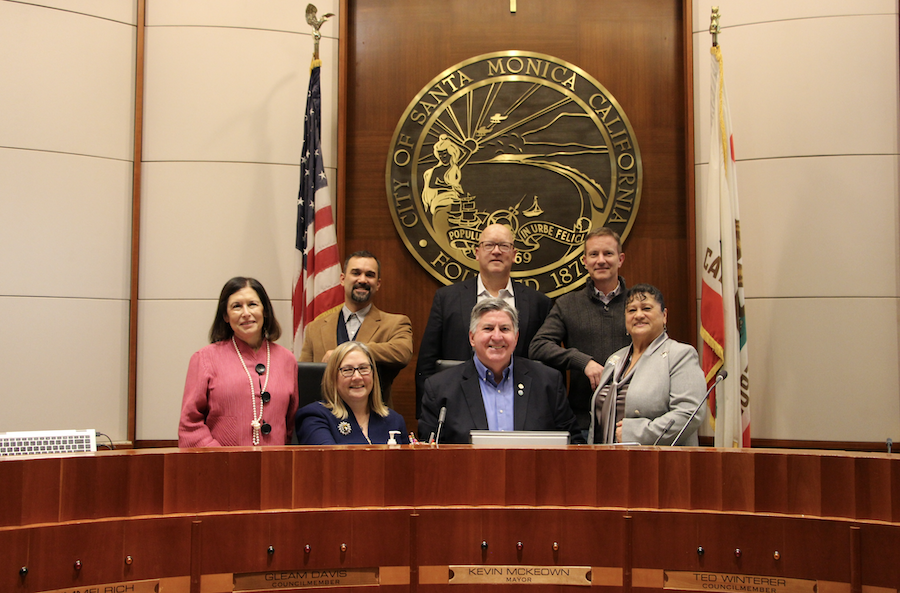 The demand for housing is becoming louder and infinite. But is this tsunami real or a myth, a Trojan horse? Following is a 2 part article exploring this endless need and questioning the alarming lack of wisdom and foresight on the part of our City Council, Planning Commission and staff. Part 1 will look at our city’s kneejerk reaction to the overall housing issue by allowing developers to build taller and denser and more profitable buildings!! Part 2 will offer a realistic and we think far more creative solution.

By way of background, recently SCAG, the Southern California Association of Governments, in their infinite wisdom, has basically doubled Santa Monica’s share of new housing over the next 8 years – from 5,000 to 9,000 units, representing a 20% increase in population with over half of the units being affordable. This is based on the premise that Santa Monica is rich in jobs and that growth in outlying, lower density communities will only add further to traffic congestion and the carbon footprint. For whatever reasons, the housing projections of other nearby coastal and inland communities such as Hermosa Beach and Beverly Hills pale in comparison. And adding to this bravado, communities that do not alter their zoning to accommodate this substantial housing increase will be financially penalized.

As expected, our city government, commissions’, and councils’ response, listening to the drumbeat of the development community and their lawyers, is to offer the simple and obvious solution of adding 2 stories of height to all residential zoning!! And adding insult to injury, one of our housing commissioners not only wants to add height, but also density to our residential neighborhoods with duplexes and triplexes on single family lots. But won’t this added height and density require new schools, additional park area, more police, added fire trucks at $650,000 each, etc., etc.??

And Developers and their Attorneys have preached to our City Council that increased height and density will reduce housing prices. Really??? It doesn’t take a rocket scientist to realize when zoning allows increased height it also increases land values and construction costs – hardly a formula for providing lower costs and affordable rents!! Building our way to affordability in this manner is basically insane. It’s time for realistic goals, not mandating increased heights and density in single and multi-family areas only to drive up costs.

The city has no strategy. All this kneejerk reaction with piecemeal planning and project approvals stems from the lack of an overall master plan. There is a common illusion that the LUCE is a master plan. But our “LUCE” is exactly that, a “loose” general plan that lacks specificity.

We don’t need a separate economic development policy as recently suggested by three of our councilmembers. What we do need is a Master Plan that includes an economic component that addresses unused property, infrastructure, etc. What we don’t need is piecemeal planning, development agreements that add as much as 50% density in return for so-called “community benefits,” or in-lieu” fees that separate the workforce community from wealthier residents, relegating those who earn less to areas with more carbon rich air pollution near freeways. Come on Santa Monica, we’re better than this – at least I think so, hope so!?

It’s commonly thought that simply altering zoning and building codes allowing taller buildings and higher densities will increase supply and make prices more affordable – a basic law of supply and demand. But this is not what’s happening in Santa Monica. Developers substitute in-lieu fees to reduce the number of affordable units – simply using these relaxed code limits to build more luxury units – with profits “trickling down” only to developers and landlords. Upzoning is not synonymous with affordability, or even necessary! Santa Monica, you can do better – a lot better!

With the tech industry’s move into Santa Monica, one might think this increased demand would reduce rents. C’mon now, time to Float Up and clear your heads. The dot.com industry attracts high-salaried employees which in turn both generates and fills housing’s demand and supply. So how then can we provide enough affordable housing while developers are risking their investor’s capital? Upzoning with increased height limits and reduced parking is not the answer. It’s time for realistic housing goals, time for a creative and well-designed approach to mixed-use housing.

And most insidious of all is the assault on Santa Monica’s beautiful beachfront and residential character. How can we substantially upgrade the architectural design which developers have been saddling us with. Block-like facades decorated with balcony railings look like vintage computer punchcards.

When I was designing multi-family projects for some of the industry’s largest local developers, they understood good architecture was also good economics. Unfortunately, in today’s market the mantra is maximum square footage at minimum cost for maximum return to their pension funds, corporations, and offshore investors.

Can’t we at least fashion a code that continues the beautiful courtyard housing that’s such an integral part of Santa Monica’s environment, an architecture that does not just sit next to nature, but blends with it. It would be criminal if we continue to lose our beautiful heritage of courtyard housing – especially when there is no compelling reason to do so other than simple greed!

So how do we meet SCAG’s challenge and still retain and improve Santa Monica’s low-rise beachfront environment? What are the alternatives? If upzoning, increased height limits, and reduced parking is not the answer, what is the direction for Santa Monica’s future? Next week’s article will explore a more creative direction than simply adding 2 more stories to apartment buildings and triplexes in our single-family neighborhoods.

Hope you will stay tuned!