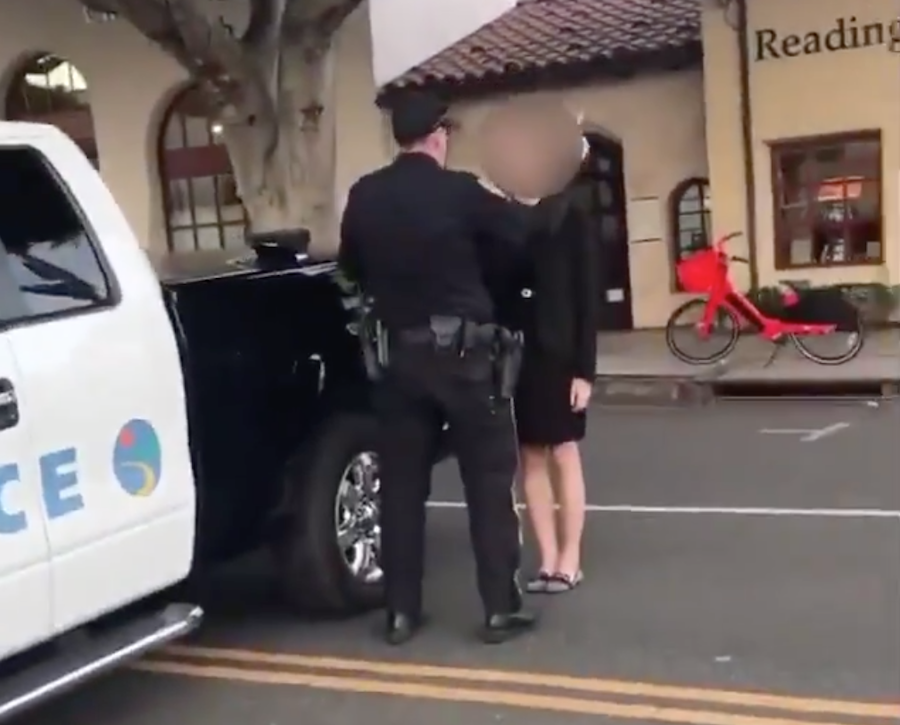 Santa Monica police have confirmed that a pedestrian was hit by a car Friday afternoon in Downtown Santa Monica and is now in critical condition at a local hospital.

According to Santa Monica Police Department (SMPD) Lt. Candice Cobarrubias, a pedestrian remains in critical condition after being hit by a car in Downtown Santa Monica near the intersection of 5th Street and Arizona Avenue Friday afternoon around 3:45 p.m.

A Twitter video posted by account Santa Monica Problems shows SMPD officers conducting a field sobriety test on an individual leading to speculation that the driver was impaired. Cobarrubias, however, said that there is no indication that this is that case.

We have received multiple reports that a pedestrian was killed tonight. However, this is currently UNCONFIRMED. It does appear that an individual at the scene was give a sobriety test.

Why can’t @SantaMonicaPD just decrypt scanners so we don’t have to dig for info? #SantaMonica pic.twitter.com/9Frqwk7cft

“There was no evidence to support the driver was impaired. The traffic investigators are trying to determine the primary collision factor in this case. It is uncertain and we are looking at videos in the area,” Cobarrubias said.

According to the SMPD, more information about this incident will be released Monday. Check back for more details.