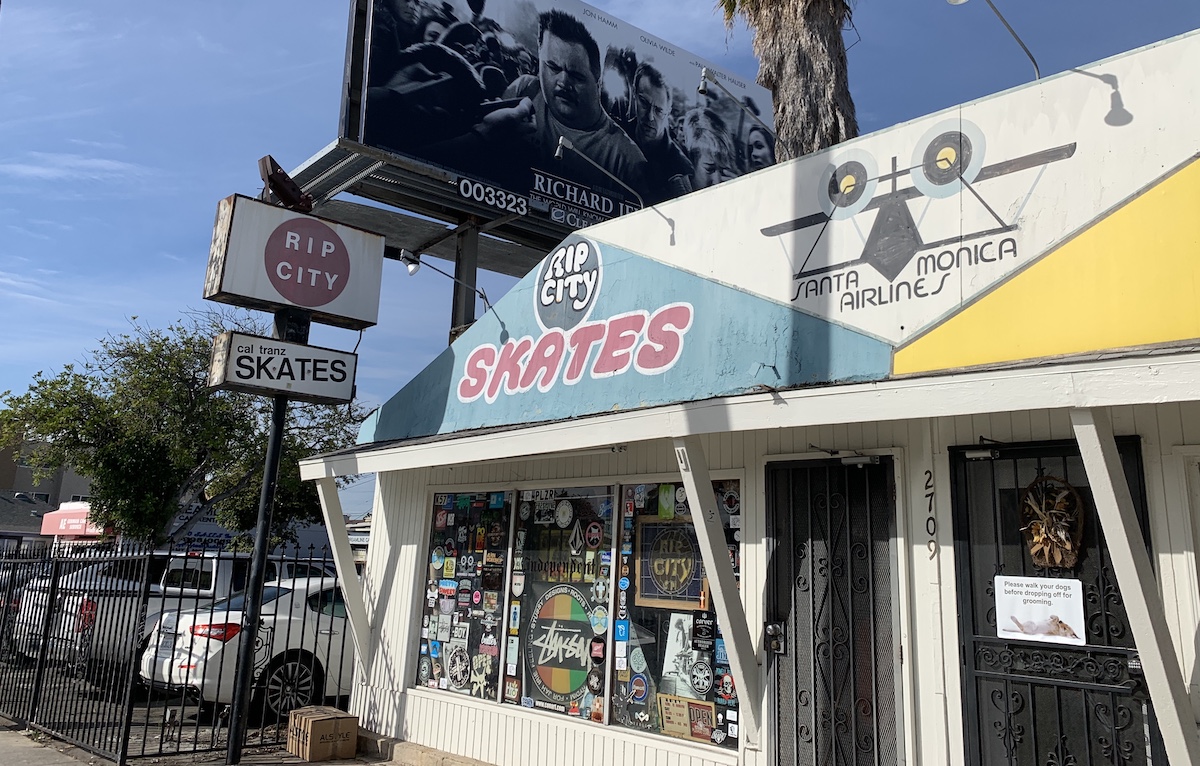 Rip City Skates opened its doors in 1978 in Santa Monica at the dawn of the modern skateboarding era. Now Los Angeles’ oldest continuously operated skate shop plans on relocating as the building’s owner is looking to demolish the Santa Monica Boulevard property.

Bill Poncher, who has co-owned Rip City since day one with his cousin Jim McDowell, says that their landlord plans on demolishing the building and that the store has between six and eight months to find a new location. According to Poncher, Rip City hopes to find a new storefront in the Santa Monica-Westside area.

A Chage.org petition with over 5,000 signatures looks to save the shop by getting the City of Santa Monica to designate the property as a historical landmark.

“This store is more than just a skate shop, Jim [McDowell] and Bill [Poncher] have created an environment that has fostered the skate community of Santa Monica for over 40 years,”reads the petition. “It’s upsetting to our community that the city of Santa Monica would overlook it’s cultural relevance to the city itself. Its significance in skateboard history is well known and respected worldwide.”

Poncher, while touched by the community support, says that he is wary about getting too worked-up by the situation out of concern of antagonizing their landlord and forcing a rent increase.

“The community outpouring, I am so touched by it, but on the same hand I can’t get too emotional about it,” Poncher said. “That’s just how it is, so you just embrace it, I guess, and you move on.”

Disclosure: the author of this article has purchased two skateboards and various gear over the years from Rip City Skates.