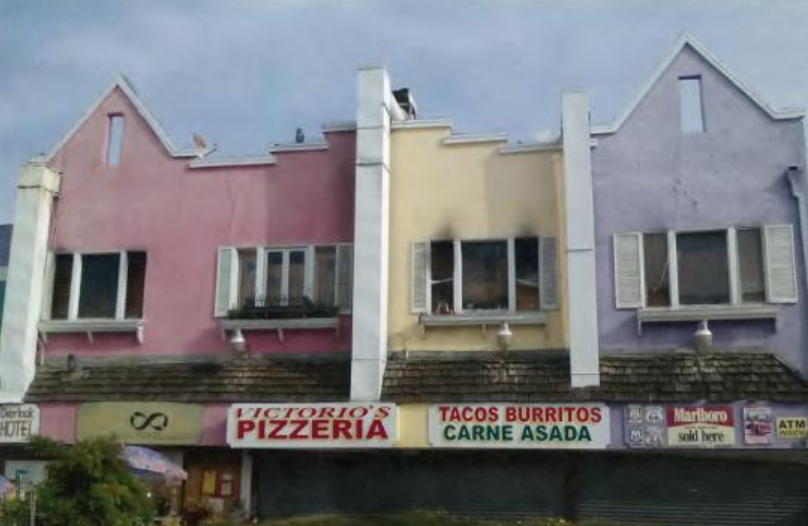 Nine low-income Santa Monica tenants have obtained a $1 million settlement with their landlords in a suit over violations of a Santa Monca law protecting renters.

On December 16, the Legal Aid Foundation of Los Angeles and Scali Rasmussen, PC announced they have obtained a million-dollar settlement for nine Santa Monica low-income rent-controlled tenants in a suit against their landlords: Defendants Martin Mink, Terry Mink, Florette Mink and Russell No. 8 Santa Monica Properties, LLC. The suit, filed in 2016, claimed the landlords kept their apartment complex in unsafe and uninhabitable conditions and then attempted to terminate their occupancies after a fire forced them to vacate without paying tenents temporary relocation benefits mandated under local law.

“I lost my home of 28 years and all of my belongings in a fire that could have been prevented had the Mink family taken proper care of their building. Rather than pay temporary relocation, Marty Mink told my neighbors and me to sleep in sleeping bags on the manager’s floor. I am now 77 years old, and the fire took a toll on my health and the lawsuit was very stressful,” said lead plaintiff, Isabel Cernek.

The building, dubbed the Overlook Hotel located on Ocean Front Walk just south of the Santa Monica Pier, went up in flames on December 12, 2015. The tenants claim the fire was a result of the building’s subpar electrical system – one of several of what they described as”slum-like” conditions, including faulty plumbing and fire prevention systems, inadequate heat (including some units with no heat at all), mold and infestations of bedbugs and cockroaches.

Overlook Hotel, Victoria Pizzeria Fire. Friend is heading to Santa Monica hospital after running in to save people. pic.twitter.com/CHopQBNiNV

Following the fire, with the tenants displaced, Russell No. 8 neglected to pay them the temporary relocation benefits mandated under Santa Monica municipal code. The landlords instead submitted paperwork to the Santa Monica Rent Control Board to remove the property from the residential rental housing market under the Ellis Act. Russell No. 8 and the Mink family then began planning to make renovations to convert the Overlook Hotel and adjacent properties (also owned by Russell) into a more profitable commercial enterprise.

Facing homelessness after the fire, the low-income tenants were given temporary shelter in local motels by the Red Cross and the City of Santa Monica. Russell No. 8 eventually offered the tenants only permanent relocation, saying the Ellis notice and fire immediately ended the tenancies.

“Although it took years of litigation, we were able to get these tenants compensation for the hardships they endured. I hope that this case will serve as a warning to landlords who consider defying laws designed to protect vulnerable tenants,” said Senior Attorney Denise McGranahan of the Legal Aid Foundation of Los Angeles.

The trial lasted for over three years and while attorneys representing the plaintiffs describe this as a stalling tactic by the defense, they say it ultimately cost Russell No. 8 more in the settlement.

“If Russell No. 8 had simply complied with local law, its liability would have been limited to only tens of thousands in relocation benefits,” said attorney John Swenson of Scali Rasmussen. “However, as the result of the dilatory tactics advised or followed by its lawyers, and the years of mistreatment of the tenants, Russell No. 8 was able to end its liability only by settling for $1 million.”