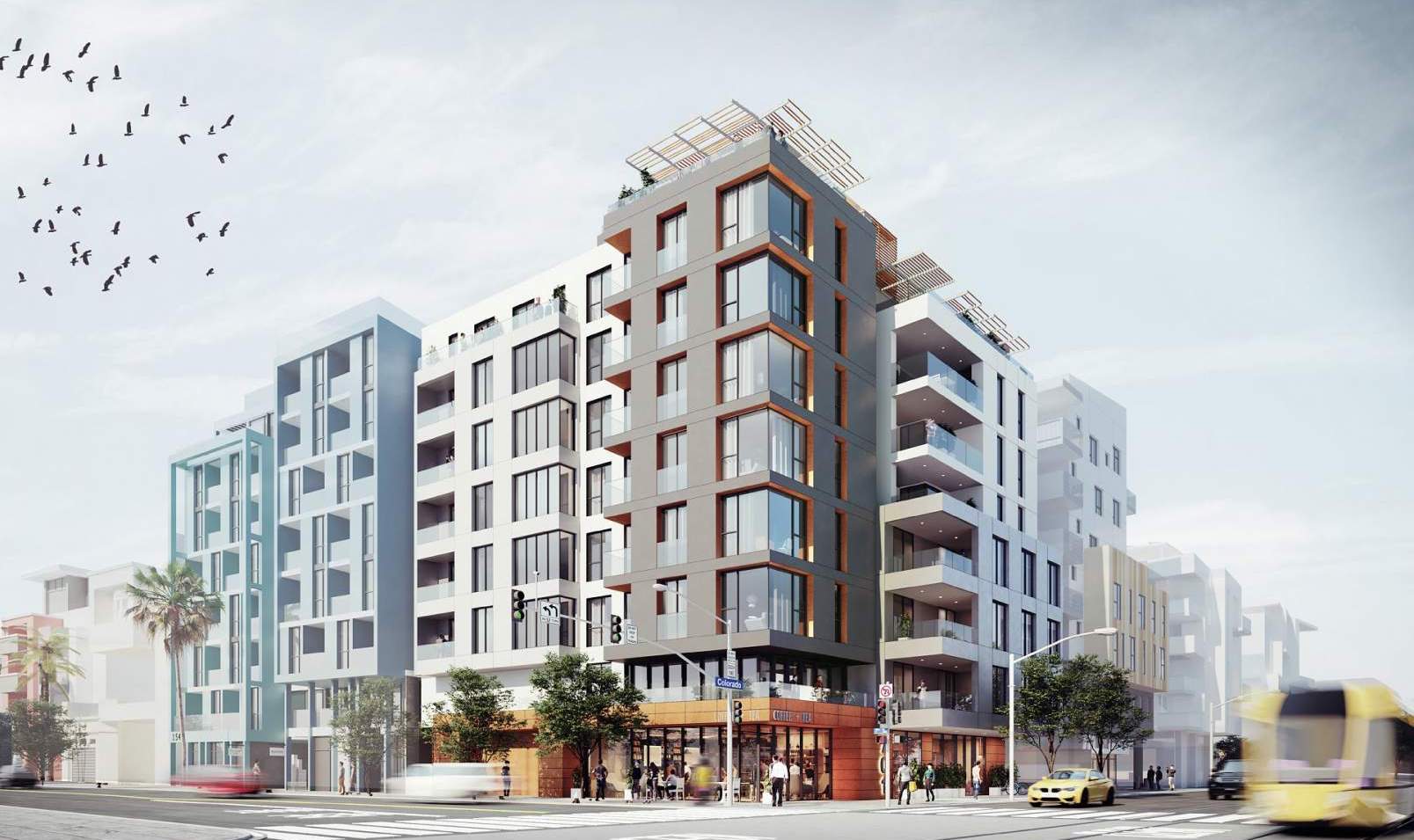 As discussed in Part 1 of our article two weeks ago (https://smmirror.com/2019/12/is-our-city-council-riding-a-trojan-horse), Santa Monica will be required by state law to add 9,000 units, including 6,900 affordable within 8 years – increasing our current population 20%! But our city’s track record to date is not stellar – doubling the goal of market-rate housing while requiring 30% affordable units, but only realizing 10%.

The City’s kneejerk reaction, not yet adopted, is to “up-zone” by adding 2 stories of height while removing barriers to development in order to accommodate the 9,000 units – both foolhardy and unnecessary. In a recent Council meeting, expressions ranged from “interested in removing any restrictions in the Bergamot area” to “it’s these kinds of anti-growth and exclusionary policies that have gotten us into the mess we’re in!”

Is it really the Council’s intention to drastically up-zone, allowing developers to build large enough in order to include the low-income units required, while along the way enriching themselves for the election process? But can we produce 9,000 units in the next 8 years without adding 2 stories of height throughout the city, without increasing 4 & 6 story limits to 6 & 8 stories along the boulevards and increasing 6-8 stories to 8-10 stories in our downtown? C’mon Council there is substantial capacity to add both housing and commercial in far more creative ways. And building low-rise instead of building higher is less costly while maintaining our beachfront character. Council, start thinking outside the box!

Is it really the Council’s intention to drastically up-zone, allowing developers to build large enough in order to include the low-income units required, while along the way enriching themselves for the election process?

Could our 8% vacancy account for a sizeable portion of this requirement? Or consider adaptive re-use of existing buildings! As my colleague Dan Jansenson suggested – being forced by state law could possibly allow us to use eminent domain to condemn entire buildings for adaptive re-use or buildings being remodeled could be required to convert a portion for housing. When you consider the energy used in material extraction and construction, over 30% of global fuel consumption, maybe we should stop demolishing so much of our built environment and start seeing existing buildings as an important resource in the natural environment.

There are 9,800 single family homes in Santa Monica. It is not unrealistic to assume 10% of these homes could provide 980 of the 9,000 units required, especially when considering the major revisions to state law governing ADU’s which went into affect this year. These changes include increased area, decreased setbacks, limited permit processing time, and up to 3 dwellings on a single property. With ADU’s being less costly to build, the land being free and no elevators or subterranean parking, 200 ADU’s per year or 1,600 over the 8 years is quite realistic.

Our city government is by far the largest landowner with 243 acres of available land – the Big Blue Bus yard, the Bergamot city yards, and SMO. Using 20% of these areas could provide all of the 6,900 affordable units in a terraced 3 story garden apartment environment.

However, when you consider the city has one of the lowest green space ratios of any city, it may be more beneficial to put all 6,900 affordable units on 25-30% of SMO. This would still leave 70-75% of the airport area available for emergency helicopter aviation, city yards, a park, electric buses, and/or SMC expansion. And this would then enable use of the two 8 acre parcels (BBB and city yards) to become parks, centrally located within our city, while causing less disruption of infrastructure throughout the city.

We also have a unique opportunity to not only increase housing but also enhance the character of our boulevards. One story commercial buildings with their display windows and entry doors hugging the sidewalks along with their abutting surface asphalt parking lots could transition into meandering sidewalks, courtyards, landscape, trellises, and terraced architecture. These would become neighborhood activity centers with ground floor commercial and 2 residential floors opening onto terraced courtyards – similar to Santa Monica’s history of courtyard housing instead of 6-8 story block buildings. These redeveloped areas could provide up to 6,000 housing units calculated at a ratio of 15% each of studios and 3 bedroom units and 35% of 1’s and 2’s.

Illustrated are 3 of many possible designs on 1/2, 3/4, and full blocks with floor area ratios of 1.5 – 2.25. Existing property owners could either lead or participate in the redevelopment – and be reimbursed for 2 years of lost income while under construction and then realize a threefold increase in profit. At 1.5 – 2.25 FAR and taking into account the 2 years of lost income, the cost of construction, permit and legal fees, etc., the redeveloped project shows an r.o.i. in excess of 11%! To incentivize this transition, the city could reduce processing time, permit costs, or property taxes for a period of time.

In the downtown area, there is also a substantial number of one-story commercial buildings and surface parking that could also add up to 3,000 units in terraced 4-story, 2.0 FAR designs – without the need to increase heights to 8 and 10 stories.

And while we’re busy adding housing, what about addressing a substantial need for green space! Picture turning existing downtown sideyards and alleys into a network of shop-lined pedestrian arcades leading to a grand piazza at 4th and Arizona – one that both residents and visitors can enjoy for decades.

Our City Council has no overall strategy. They pride themselves solely on rent control. How about ALSO taking pride in your environment which is fast being compromised. Does this increased density by adding 2 stories of height serve our community? Or will this create economic, physical and mobility havoc? There are multiple answers to this 9,000 unit requirement without simply adding 2 stories.

But unfortunately, it appears our city government is not competent enough to oversee creating 9,000 units, unless possibly at a single site at the airport. Alternatively, we can choose to fight state law, but that’s probably a lost cause along with substantial daily economic penalties.

And how is this added density going to affect infrastructure – water, power, schools, fire, police? And what is the ancillary cost for a decade of torn up streets and inadequate electrical supply, etc? Increasing population 20% will also require increasing infrastructure by 20%. We will need water, traffic and emergency plans along with 9,000 additional units. And where is the school to house the children of these 9,000 units? Where is the water coming from? I’d be surprised if our current water plan includes the addition of 9,000 units. We need a comprehensive study – we need an overall master plan before we start increasing our population 20%!!

And, as stated previously, it is criminal to continue losing our heritage of courtyard housing with block-like building façades, especially when there is no compelling reason to do so other than simple greed in concert with dependence on re-elections funds. We need to seriously consider “form based codes” to prevent the increasing “block-like” character permeating our city.

Santa Monica takes pride in being a progressive community – but maybe this is only accomplished in public relations? Santa Monica, you can do a lot better if you just literally look “outside the box.” I’m certain there are other solutions while maintaining, and even enhancing, Santa Monica’s beachfront scale and environment. This can be a win-win-win for the City, the developers, and the residents!!!

Executors of property shooting squatter By Sam Catanzaro Santa Monica police say that a shooting that took place in the...

All your local news, events and happenings in under 5 minutes. * Landlords demand $10.9 million from Santa Monica City....

Street sweeping returns to the Westside! Santa Monica Beat – May, 18, 2020

All your local news, events and happenings in under 5 minutes. * Street sweeping returns to the Westside! * Bird...

Workers raise awareness of lack of health insurance during COVID-19 pandemic. By Toi Creel For the second week in a...

82-year-old Marina Godwin located By Sam Catanzaro Santa Monica police located Monday 82-year-old senior with dementia who had not been...

LAPD and ICE arrested 39-year-old woman By Sam Catanzaro A woman has been arrested in Santa Monica man for selling...

Executors of property shooting squatter By Sam Catanzaro Santa Monica police say that a shooting that took place in the...

Workers raise awareness of lack of health insurance during COVID-19 pandemic. By Toi Creel For the second week in a...

Street sweeping returns to the Westside! Santa Monica Beat – May, 18, 2020