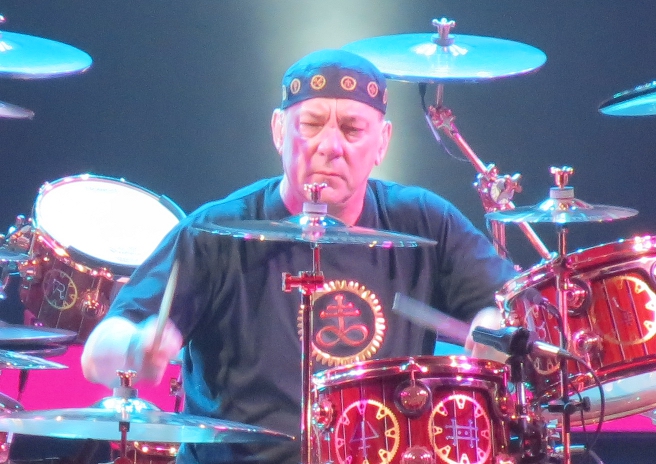 Peart, who was 67 when he passed away on Tuesday, had been battling brain cancer for three years, according to his spokesperson Elliot Mintz.

When Peart joined Rush in 1974 alongside Geddy Lee and Alex Lifeson, he became a central in the band’s path to stardom.

“It is with broken hearts and the deepest sadness that we must share the terrible news that on Tuesday our friend, soul brother and band mate of over 45 years, Neil, has lost his incredibly brave three-and-half-year battle with brain cancer,” Rush said in a joint statement. “Rest in peace, brother.”

The statement went on to ask that mourners make a donation in Peart’s honor to a “cancer research group or charity of their choice.”

Inducted into the Modern Drummer Hall of Fame in 1983, Peart is considered one of the most talented drummers in pop music history. In addition, Peart’s vivid lyrics that drew from science fiction and classical literature have been celebrated by fans for decades.

Peart is survived by his wife, Carrie, and daughter, Olivia Louise Peart.