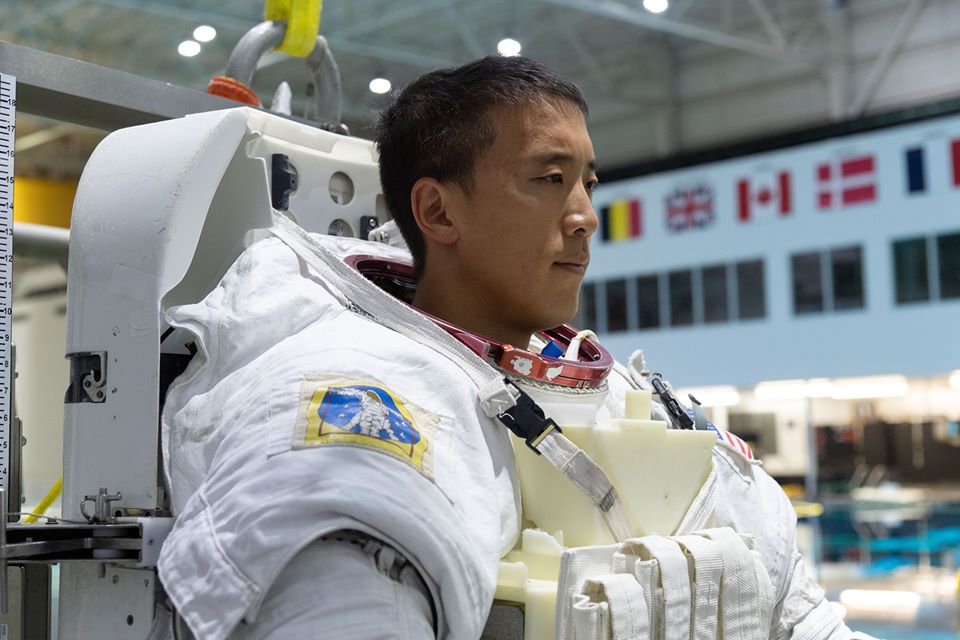 A graduate of Santa Monica High School (SAMOHI) has become the first Korean American NASA astronaut, eligible for future moon and Mars missions, all on top of a resume that includes a stint as a Navy Seal and degree from Harvard Medical School.

Last week when Dr. Jonny Kim graduated from NASA’s Artemis program he not only became the first Korean American astronaut, he became eligible for missions to the International Space Station, the moon and potentially Mars.

With a goal of sustainable lunar exploration later this decade, NASA says they will send the first woman and next man to the surface on the Moon by 2024. Additional lunar missions are planned once a year thereafter and human exploration of Mars is targeted for the mid-2030s.

“These individuals represent the best of America,” said NASA Administrator Jim Bridenstine at the agency’s Johnson Space Center in Houston where the graduation ceremony took place. “2020 will mark the return of launching American astronauts on American rockets from American soil, and will be an important year of progress for our Artemis program and missions to the Moon and beyond.”

A first-generation Korean American, Kim was born in 1985 in Los Angeles to South Korean parents. After graduating from SAMOHI in 2002, Kim enlisted in the Navy as a seaman and eventually made the cut for the elite SEAL team.

“I didn’t like the person I was growing up to become,” Kim told the Harvard Gazette in a 2017 interview. “I needed to find myself and my identity. And for me, getting out of my comfort zone, getting away from the people I grew up with, and finding adventure, that was my odyssey, and it was the best decision I ever made.”

Earning his way onto San Diego-based SEAL Team Three, Kim served as a sniper, navigator and point man, among other roles, on over 100 combat missions in the Middle East, earning Silver and Bronze stars. In 2006 while in Iraq, two of Kim’s closest friends were shot on the same day. Kim was serving as a medic and treated one of the friends who had a facial wound. Neither friend survived.

Kim told the Harvard Gazette that the deaths of his friends left him with a “feeling of helplessness” and led to his decision to become a doctor. After earning a mathematics degree from the University of San Diego in 2012, Kim went to Harvard Medical School earning a medical degree in 2016. One year into his residency at Massachusetts General Hosptial Kim would learn he had been chosen as a NASA astronaut candidate out of a pool out of over 18,000 applicants.

Kim was one of 13 individuals to graduate from NASA’s Artemis program, something the now-astronaut called an honor in a tweet.

“A true privilege and honor to walk among the NASA Astronaut Corps with my brothers and sisters. We know there are many qualified and deserving candidates out there – we’re the lucky ones to represent humanity. Let’s work towards a better future for our world and our children,” Kim said.

According to NASA, Kim now awaits his first assignment.