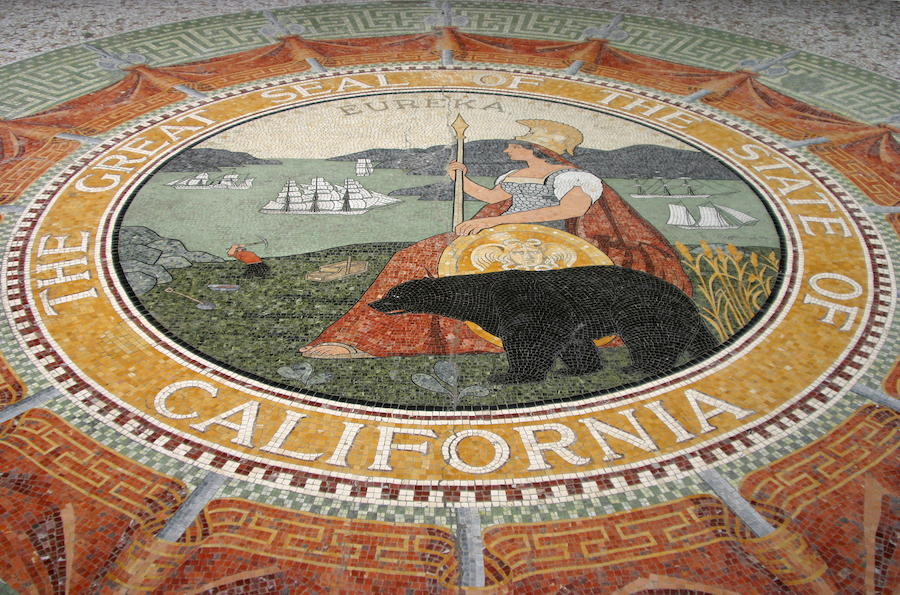 How would you like to live in a small, already built out, city that, every year,  was building more than its fair share of market-rate and affordable housing, that was trying to reach its water neutrality with a balance of increasing supply from limited sources and reducing demand, that was weaning itself from the car with a combination of old (light rail) and new( electrified bicycles) technologies, that had reached a stable population, that had excellent schools (private and public) and one of the best (and largest) junior colleges in the country, whose seaside charm was a  global tourist draw both for foreigners and locals, and that was finally ramping up its buildings to net neutrality (buildings producing locally the energy they consume)? That is the city Santa Monicans live in: not perfect by any means but headed in the right direction.

Now imagine that a distant state legislature using an unelected cabal of bureaucrats called SCAG (Southern California Association of Governments) arbitrarily decided that that city had to add 9,118 new units of housing over the next 8 years under the pain of dubiously legal draconian penalties.

Imagine further that that city’s City Council after being bombarded by the usual echo chamber of developers, architects, attorneys, real estate speculators etc. panicked and decided to cave to the state and embark on the fool’s errand to up-zone the entire city to try to meet the 9,118 new units target.  What that would mean is the City would have to abandon its current effective housing program, abandon its water neutrality program, would give up on reducing traffic (and its urgent attempt to reduce traffic deaths to zero), would add 20% to its population in eight years, would overload its schools, would destroy its seaside charm by making the entire city a canyon of econobox buildings and finally it would give up on any chance to create a green net zero city.

Now imagine the resident’s tax increases required to deliver 9,118 units of which 69% are required to be affordable. Just at the current construction cost of a least $500,000 per unit and assuming 1/3 of the units would essentially be given away (tenants in the lower end affordable units cannot pay anywhere near the cost of building the units, they can barely cover annual utilities, operations, taxes, insurance etc) our 92,000 residents would carry an unrecoverable starting burden of $1.52 billion or about $16,518 per each person. Now add to that an additional elementary school, enlarged sewers, water system upgrades, new police cars and firetrucks not to mention their staffing and you see where this is going. How much lost medical insurance, foregone college educations, and gutted retirement plans would you ask our residents to endure to meet this unfunded State mandate? But you say the citizens of Santa Monica will not have to pay the entire cost of this housing, other cities or counties will contribute. They may or may not, but in the end why should they sap their own progress potential to benefit the poor and homeless of Santa Monica? There will surely be massive state wide resistance to any housing tax increase;  so the tax burden, directly or indirectly, initial or eventual, will end up on our shoulders.

The victims will be the Santa Monica citizens already, thankfully, willing to tax themselves with a sales tax bump dedicated entirely to affordable housing, that when executed is already producing 20-40 affordable units per year. These are the same citizens that live in a city headed for a major cash crunch because of among other things decreasing parking, hotel tax and retail tax revenues plus increasing pension/medical obligations. And these are the same citizens perched on the edge of a major global recession should the self-inflicted Iranian crisis spin out of control (remember our city is very dependent on tourism which suffers immediately when wars threaten).

Our City Council should not assist the state in this uncompensated taking. They should not assist the state in destroying our city’s future and leaving us with a crushing generations long tax burden. If the state feels that housing requires a statewide response, they should not try to illegally coerce cities with its preferred solution. Instead, when the state has a pressing valid common problem (eg building a bullet train), it should use its own money  to solve it. Let the state buy land at a fair market value (even if it needs to use eminent domain), let it apply for any desired zone changes like every other developer, let it pay for and build the housing and lease and operate it like any other non profit housing provider. Unless they are willing to do that, all cities and counties should be free to find their own way to resolving their housing issues.

Finally, there are several reasons the SCAG numbers are questionable. First the population of the state is flat lining: its increasing very slowly at about 0.5%/year which would translate in Santa Monica to a manageable 2,164 units over the 8 year SCAG horizon (about a 4% population increase). Second while housing demand is slowing down, housing affordability is declining faster primarily because of greedy landlords. We know they are greedy because in Los Angeles the rent rose 65% in ten years (about 5%/year) which is much faster than the CPI which rose only about 22% in that same period. Analogously as soon as you up zone to absorb the growth, the selling landowners will raise the cost of land to recapture its added value resulting in no net increase in affordability. Third to reduce rents, even a modest 10% reduction, requires a huge investment on the order of a 20% increase in housing stock (Nickelsberg Sept 2017, Andersen School UCLA). So even if magically, given the limited capacity of the construction trades, housing were to increase by that amount, and also magically no new influx of wealthy residents arrived to push out the lower income residents, only a small rent savings, if any,  would result. This is why SCAG insisted on fixed ratios totaling 69% of the units being affordable for their idealized 9,118 unit increase. They knew that without some form of what is essentially rent control for all these new units, no increased affordability would result. But its exactly this rent control on the new units that dooms their approach, as the necessary State subsidy money is simply not there nor is it likely to be.

The final flaw of SCAG’s numbers is that instead of moving jobs to where the housing is (virtually everywhere)  it tries to move housing to where the jobs are (a limited concentration). This urban strategy is the most expensive solution selected by SCAG precisely because its massive dislocation results in the most amount of construction and real estate transfers: all to the financial benefit of the development community and to the expense of the general public that is forced to finance this extortion.

So Santa Monica should not try to match the irrational delusional SCAG numbers at all. We should stay the course and trust our own balanced combination of taxes and fees, proliferating accessory dwelling units, downtown housing incentives, availability of boulevard zoning capacity, to meet our legitimate realistic housing needs.  Santa Monica’s housing process is working: it does not need to nor can it be fixed by SCAG on steroids. Finally and more importantly, the City cannot sacrifice its long term mobility, sustainability, educational, and resilience goals on SCAG’s heretical altar.

In the mean time, cities like Santa Monica should actively resist this and future (e.g. SB50) unfunded State mandates that block our path to a safe sustainable city.  This is where the City Council must take a stand.

By Mario Fonda-Bonardi AIA for SMa.r.t. (Santa Monica Architects for a Responsible Tomorrow)