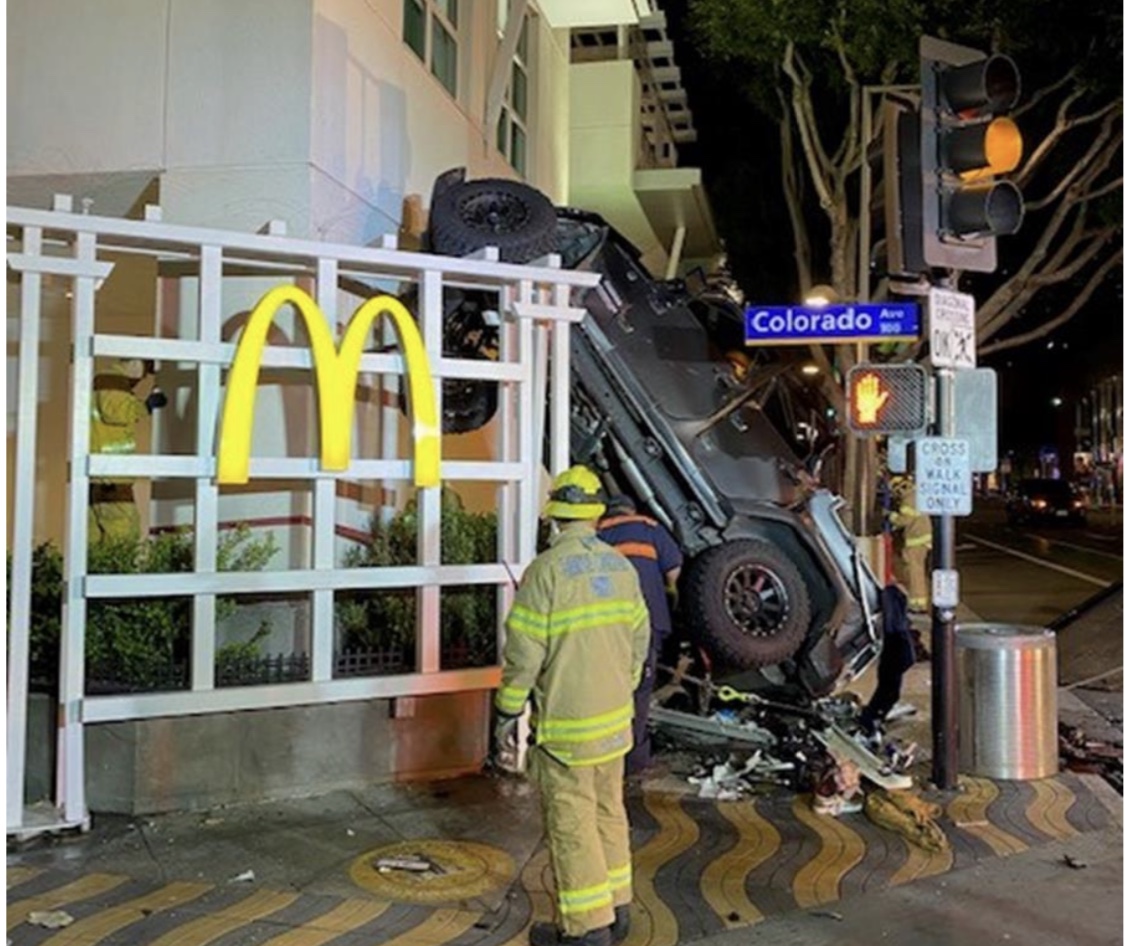 One person was transported to a trauma center when their car fell off the top of a six-story parking structure and crashed into the McDonald’s at 1540 2nd St.

On Sunday, February 23 2020, at 12:18 a.m., the Santa Monica Fire Department (SMFD) responded to a traffic collision with a physical rescue. Three people were inside the vehicle but two managed to escape before it fell off a parking structure at 2nd Street and Colorado Avenue.

According to the Santa Monica Police Department (SMPD) the driver drove his vehicle, a newer model Jeep vehicle, off the top level of the parking structure.

“Officers are still investigating the cause of the incident. Due to the fact the driver was transported to the hospital and receiving medical treatment, they were unable to determine if alcohol or drugs played a factor in the incident,” the SMPD said in a news release.

Firefighters worked to stabilize the vehicle and extricate one person. Paramedics  transported the driver, a 20-year-old male from Twentynine Palms, California, to a local trauma center in critical condition.

As of Sunday evening, the driver was recovering and in stable condition.

The SMPD are conducting an investigation of the accident.

In an update released later on Sunday, the SMPD said they have obtained a warrant for the driver’s blood to determine if drugs or alcohol were a factor in the incident.

In addition, the SMPD said that two additional individuals with the driver prior to the incident.

“It does not appear that they were in the vehicle when it was traveling towards to side of the structure,” the SMPD said.

Sam Catanzaro contributed to this report

A car that fell off a Santa Monica parking lot into a McDonalds. Photo: Santa Monica Fire Department.
Opinion

A car that fell off a Santa Monica parking lot into a McDonalds. Photo: Santa Monica Fire Department.
Food & Drink