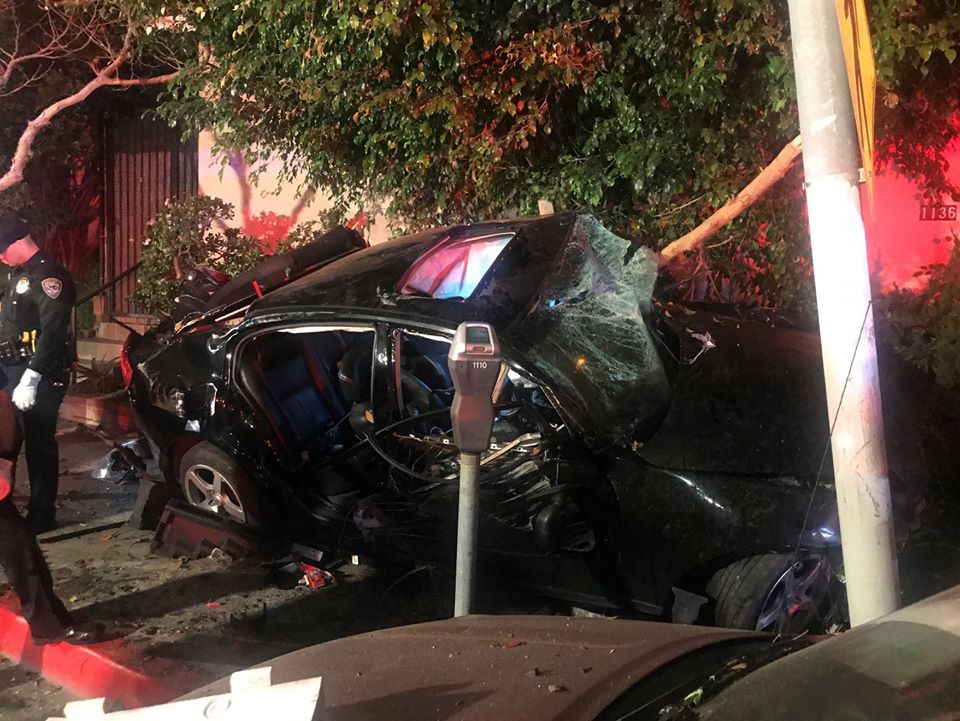 A driver under the influence crashed into parking metes, a fire hydrant, among other objects, in a crash that injured multiple people over the weekend.

On Sunday, February 9, 2020, at 2:45 a.m., the Santa Monica Fire Department (SMFD) responded to a traffic collision with a physical rescue.

According to the Santa Monica (SMPD) a car driving east bound on Pico Boulevard at a high speed crashed at 12th Street.

Santa Monica Firefighters found a single car up against a building with three victims trapped inside.

According to the SMFD, the car hit three parking meters, one city streetlight pole, two parkway trees, a fire hydrant and the building.

“Victims needed to be extricated from the car using the jaws of life and cutters. Three paramedic engines and three ambulances transported everyone to a local trauma center,” the SMFD wrote in a media release.

The SMFD says one individual injured in the crash is in critical condition and the other two are in stable condition.

In addition, the water department was requested to assist with the sheared hydrant and the street lighting crews were called to handle the streetlight and live electrical wires. S

The SMPD is conducting the investigation.

According to the SMPD, officers on scene cited the driver, Jeremiah Hewitt, 22, for misdemeanor driving under the influence. Officers did not arrest him, however, because he was being treated at a local hospital.