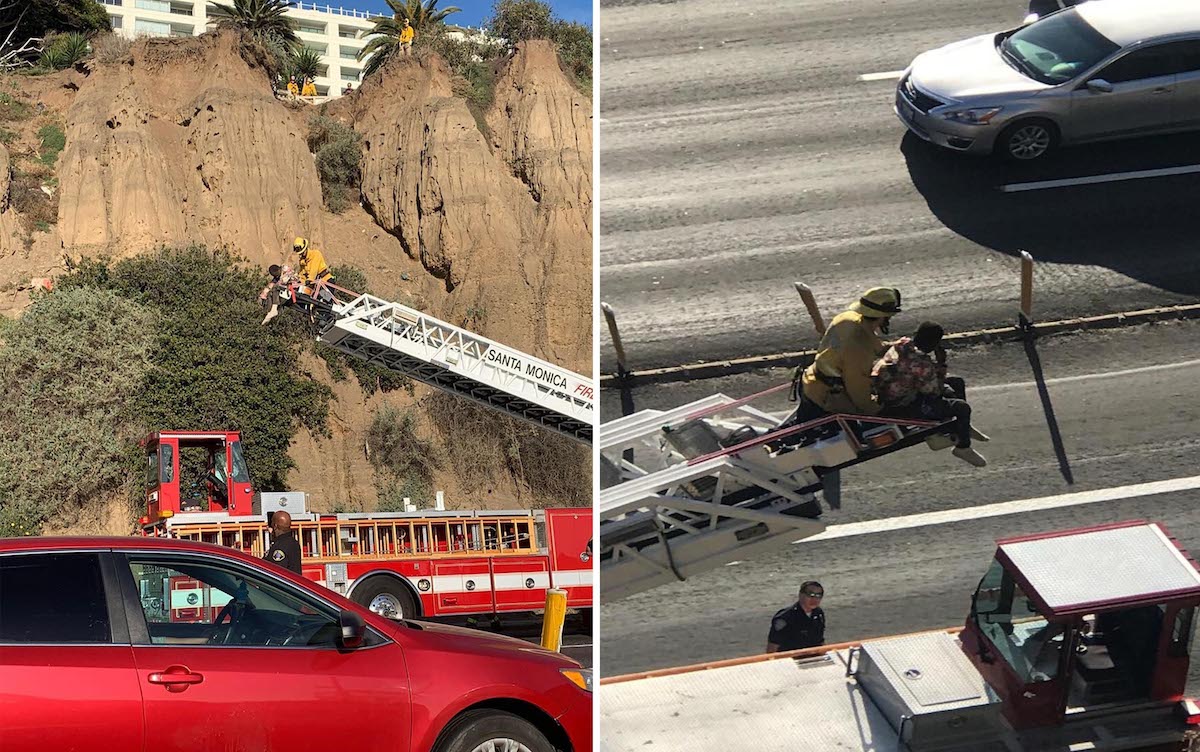 Fifth such rescue past year

On Wednesday Santa Monica firefighters rescued a man from the Palisades Bluffs in downtown Santa Monica.

According to the Santa Monica Fire Department (SMFD) on Wednesday, February 12, 2020, at 3:39 p.m., the department responded to a report of an adult male who had fallen partially down the bluff above the 1200 block of the Pacific Coast Highway (PCH).

“The male subject suffered only minor injuries however, he was not able to get to safety on his own,” said SMFD Captain Eric Himler.

The Santa Monica Fire Department responded using two engine companies, a truck company and its Urban Search and Rescue Team, according to Himler.

“The truck company was able to reach the victim from PCH with the 100-foot aerial ladder. Firefighters on the ladder grabbed the patient and brought him to safety,” Himler said.

According to the SMFD, the patient was transported to a local emergency room for evaluation.

The Santa Monica Police Department (SMPD) assisted with traffic control, shutting down the northbound PCH during the 20-minute rescue operation.

According to Himmler, in 2019 the SMFD rescued five individuals from the bluffs and that Wednesday’s rescue was the second such rescue of 2020.

As stated in Santa Monica Municipal Code section 3.36.115, “no person shall be present upon or within the Santa Monica Palisades Bluff.”

The Santa Monica Mirror has asked the SMPD if a citation was issued to the individual rescued Wednesday, but at the time of publishing the department has not responded.