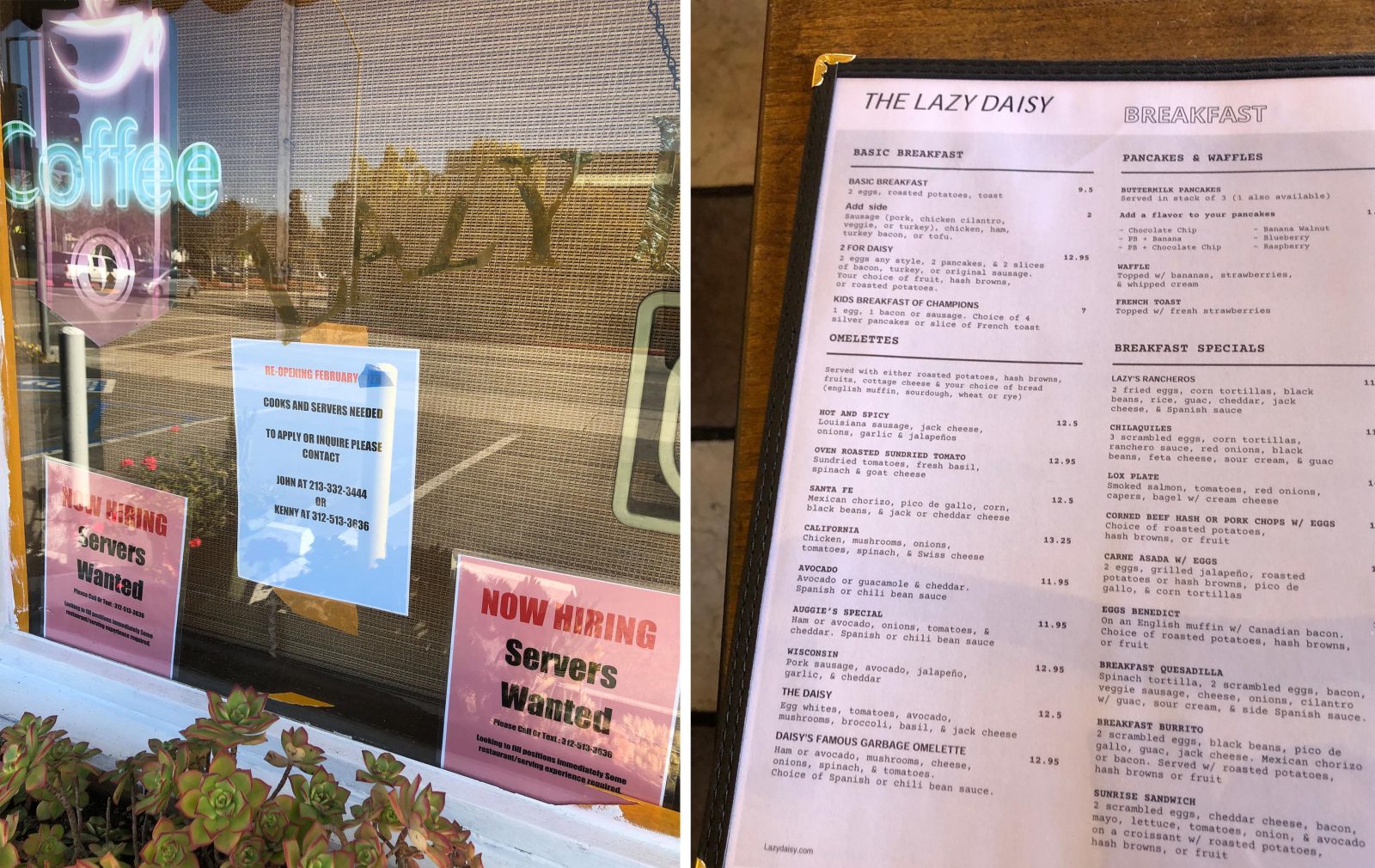 A popular Santa Monica eatery-once planned to be closed for good – is reopening its doors with some new changes including menu items, staff and ownership.

The Lazy Daisy Café – located on Pico Boulevard near Cloverfield Boulevard – has a soft opening this Friday, February 28 according to owner John Chung who spoke with Santa Monica Mirror over the phone.

He said along with minor building remodeling, the menu will also see some changes to include “heartier breakfast options” along with more vegan choices.

Chung says he plans to keep the majority of the old staff and also bring on new staff members. Taped on the windows of the restaurant were signs reading “cooks and servers needed”.

As previously reported by the Mirror, according to a post on Facebook group Residocracy Santa Monica, the employees were not made aware of the restaurant’s closure or reopening. Owner Chung did not comment on this matter.

Though the restaurant itself will be seeing new changes, Chung told the Mirror he is not completely new as he was the original owner of the cafe when it first opened in 2000.

When asked as to why the restaurant originally planned to close he said it was a “personal “ matter and did not disclose details though he did say relations with the former owners were amiable.

Though holding the same name, the Lazy Daisy Cafe Brentwood has remained open. It has not been affiliated with the Santa Monica location for several years.