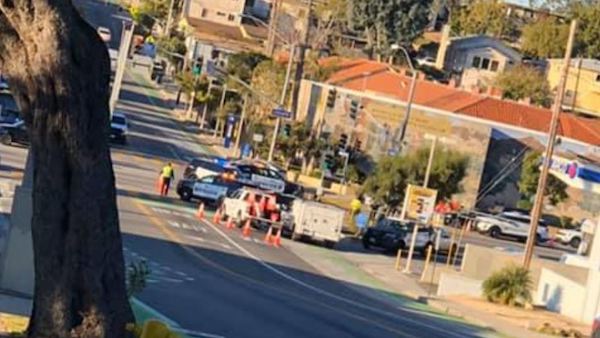 A pedestrian was fatally struck by a vehicle on Lincoln Boulevard, Santa Monica police say

According to the Santa Monica Police Department (SMPD) on Saturday, February 1, 2020 around 7:10 a.m. patrol responded to a vehicle versus. pedestrian collision at Lincoln Boulevard and Ocean Park Boulevard.

SMPD Lt. Candice Cobarrubias says the vehicle was traveling north on Lincoln Boulevard when a pedestrian – described as male, Asian, 35-years-old), entered the roadway and into the path of the vehicle.

“The pedestrian sustained major head trauma and succumbed to his injuries while being transported to the hospital. The driver of the vehicle stopped and remained on-scene. [The] Major Accident Response Team investigated the incident,” Cobarrubias said. “The name of the victim is not being released at this time.”

According to Cobarrubias, the SMPD is investigating to determine what caused the pedestrian to go into the roadway.