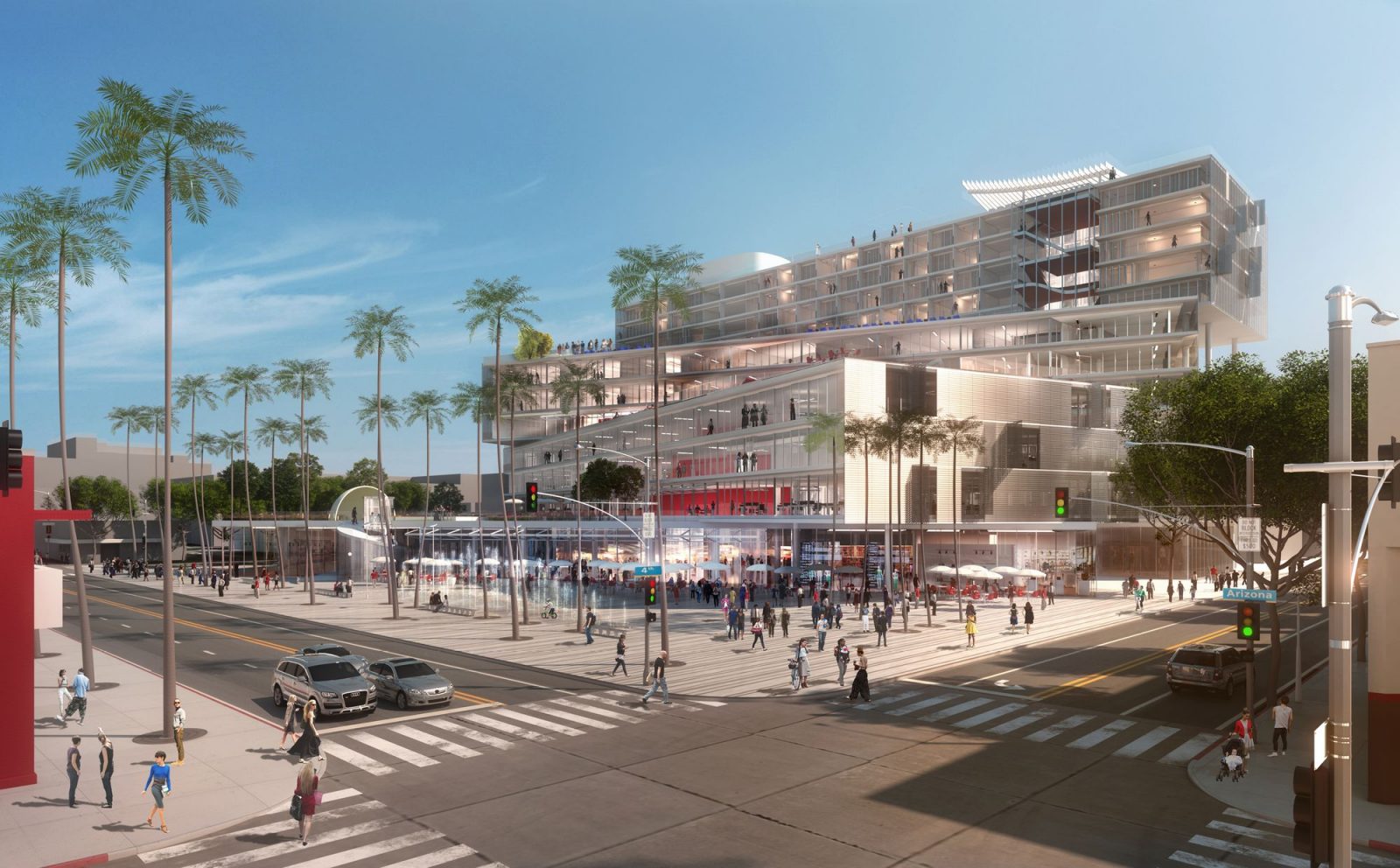 A coalition of residents concerned about unsustainable commercial development has sent a letter to Santa Monica city leaders asking them to withdraw plans for a major multi-use development known as “The Plaza” on city-owned land.

Plans call for an 11-story, 240-room luxury hotel, 106,800 square feet of creative office space, approximately 40,000 square feet of open public space and 48 units of affordable housing at 4th Street and Arizona Avenue in Downtown Santa Monica. In 2017 the project was scaled back to 129 feet, instead of earlier plans which called for a height of 148 feet.

“We urge you to withdraw this plan before engaging in a protracted battle. If not, based on residents’ strong feelings and our history with unpopular development proposals in our city, we are confident we will prevail,” reads the letter a number of slow-growth groups, including Santa Monica Coalition for a Livable City (SMCLC), signed on to.

Slow growth advocates like SMCLC have raised concern that The Plaza will add to the already congested traffic experienced in Downtown Santa Monica on top of worries that the project’s height will block sunlight and ocean breezes.

In 2004 the Macerich Company proposed a 21-story development on public land at Santa Monica Place. Plans were scrapped for the 10-acre complex that called for high-rise condos, shops and office space after pushback from the community over concerns that the project would wreck Santa Monica’s low-rise ambiance and increase traffic and congestion.

“The City presented a wish list for the site to the developer, and the company was led down a primrose path to believe that residents would not object to 21-story towers on that site and the traffic gridlock it would cause,” reads the letter. “History now repeats itself with your project. Like Santa Monica Place, The Plaza is proposed on public land, and the developer was tasked by the City with incorporating a grab bag of ideas in search of a constituency.”

“We have no doubt your project will suffer the same fate,” the letter continues.

The letter went on to say that the lot at 4th Street and Arizona Avenue where The Plaza would occupy should remain public land. Many critics of the project have pushed for the land to be used as a park.

“The 4th and Arizona property is the last major parcel of undeveloped public land in the heart of our city. As such, it must serve a predominantly public purpose. Your project does not do that and impermissibly would privatize our public space. When residents learn of this, they are appalled that our City would agree to such a plan, and partner with a private company for a private development consisting of a luxury hotel and office space,” reads the letter.

The letter also objected to the project’s environmental impact report, described as “seriously deficient”, while questioning the economic benefit of building on public land.

“If this project was built on private, not public land, the commercial uses would generate about the same sales and tax revenues for the City. Therefore, there is no economic benefit to the City or its residents to place these uses on our public land rather than keep this land open to the public,” reads the letter.

“We hope you will realize these fatal problems with your project and withdraw it. As has happened before, you were misled by the City. Santa Monica residents are smart and organized and have realized that your project does not deliver anything desired or needed by the public. Instead, it promises unacceptable levels of traffic; it is a giveaway of our scarce public open space, and an eleven- or twelve-story fortress spanning three hundred feet between two public streets that is the antithesis of Santa Monica,” the letter concludes. “Just as the Macerich Company wisely realized they would never see their project built, we hope you will reach the same conclusion now, rather than years from now. When the essential character of the City is at stake, residents will fight.”

The City of Santa Monica declined a request for comment.

“To ensure that The Plaza serves the people who live here, we are working closely with local community groups to create a comprehensive range of sustainable community benefits. Our goal is to develop a project that meets the highest possible standards – iconic architecture, unrivaled community benefits and most importantly an ongoing municipal revenue stream,” Stephan said. “We are encouraged by the overwhelming support we have received to date and we are excited to continue our collaborative effort with the local community and the City of Santa Monica to deliver a neighborhood serving project of the highest quality that promotes the health and vibrancy of downtown and Santa Monica at large.”