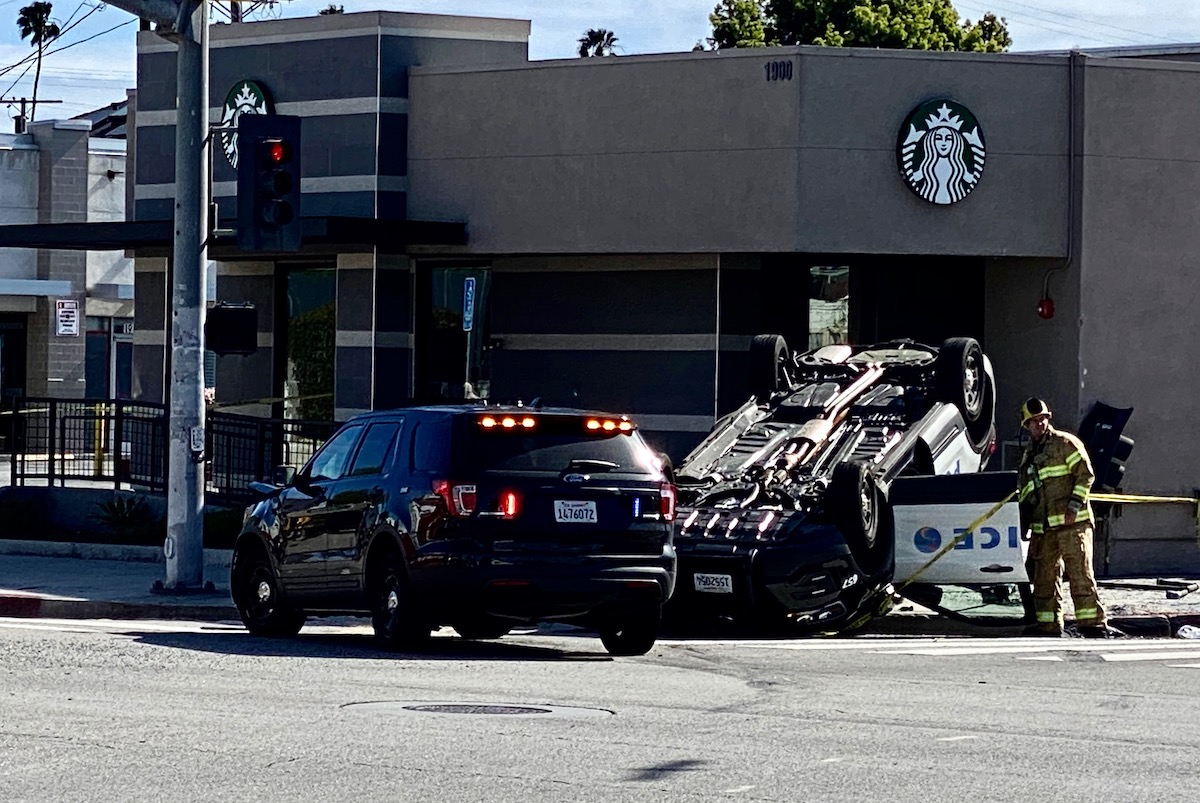 According to an SMPD officer on the scene, two Santa Monica Police Department (SMPD) vehicles, an unmarked captain’s car and a squad car, collided at Pico Boulevard and Lincoln Boulevard Thursday, March 19 around 3 p.m.

The crash resulted in injuries and individuals were transported to a local hospital. According to the SMPD in a Facebook post Thursday night, all officers are currently in good spirits and are being evaluated at local hospitals.

Phil Brock contributed to this report.