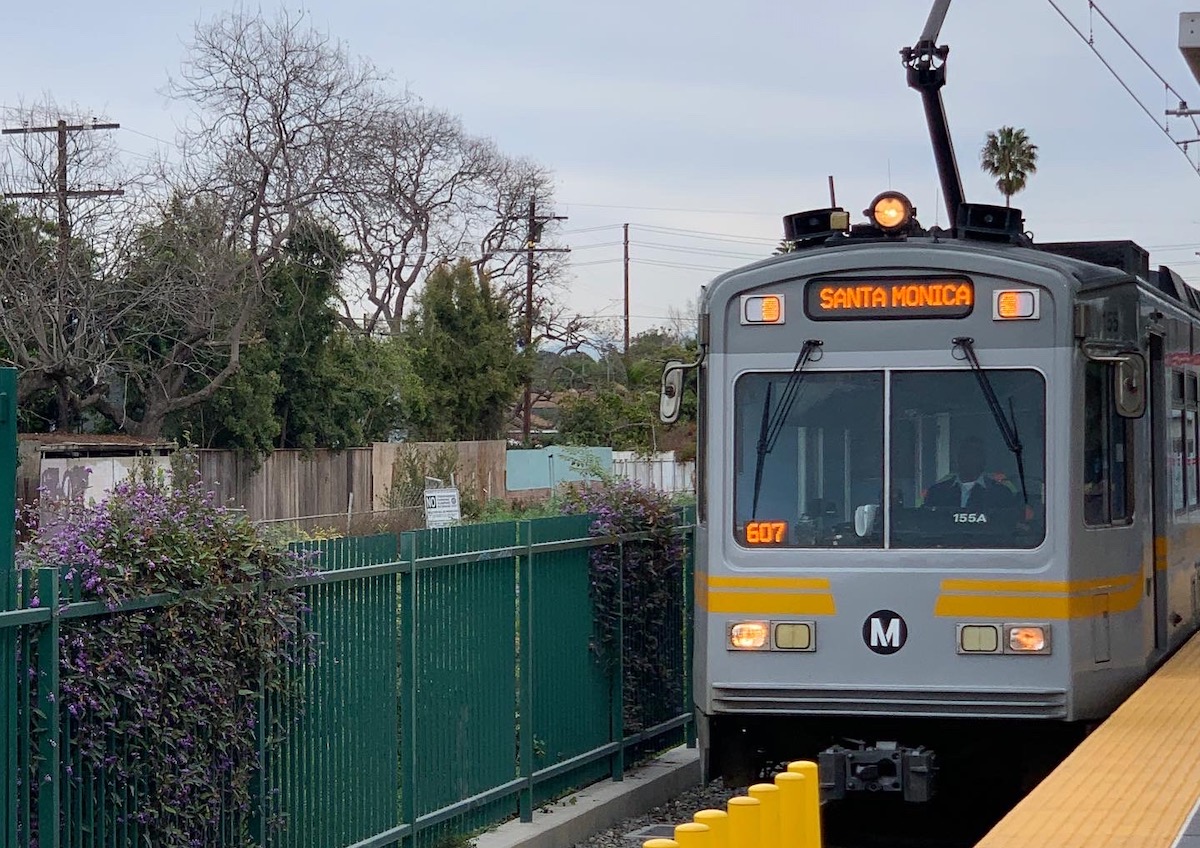 Four minors have been taken into custody after a Santa Monica man was stabbed in a violent confrontation on the Expo Line in West Los Angeles.

The incident occurred on the Metro E (Expo) Line Tuesday night at around 8:30 PM.

Former Santa Monica Planning Commission Chair Gwynne Pugh says he was riding the E line back to Santa Monica when two teenage couples, two men and two women, got on the train with a shopping cart filled with alcohol.

Witnesses say the teens were loud, appeared to be intoxicated, and when a passenger began recording them as a precaution, they became violent.

Pugh said the group ended up pinning down a passenger. When he saw a woman walk towards the group, on the train car, with a knife, he attempted to stop her and while kicking at her he was cut in the knee.

When the train came to a stop at the Bundy station in Santa Monica, the Los Angeles Police Department has arrived and four of the minors involved were arrested.

Pugh went to the emergency room at Ronald Reagan UCLA Medical Center and had to receive stitches on his knee. The man who has been down also had a broken finger.

The architect is the founder of Gwynne Pugh Urban Studio. Pugh is most noted for helping design the Downtown Santa Monica E Line station. He’s also worked on nearby housing projects, such as Step Up on Fifth and Colorado Court.

This slashing on the Metro is not the first violent incident.

Last August, five teens from Culver City High School were assaulted by another group of minors getting off the train at Culver City Station. As a result of the attack, one student had a broken nose and one had a broken jaw.