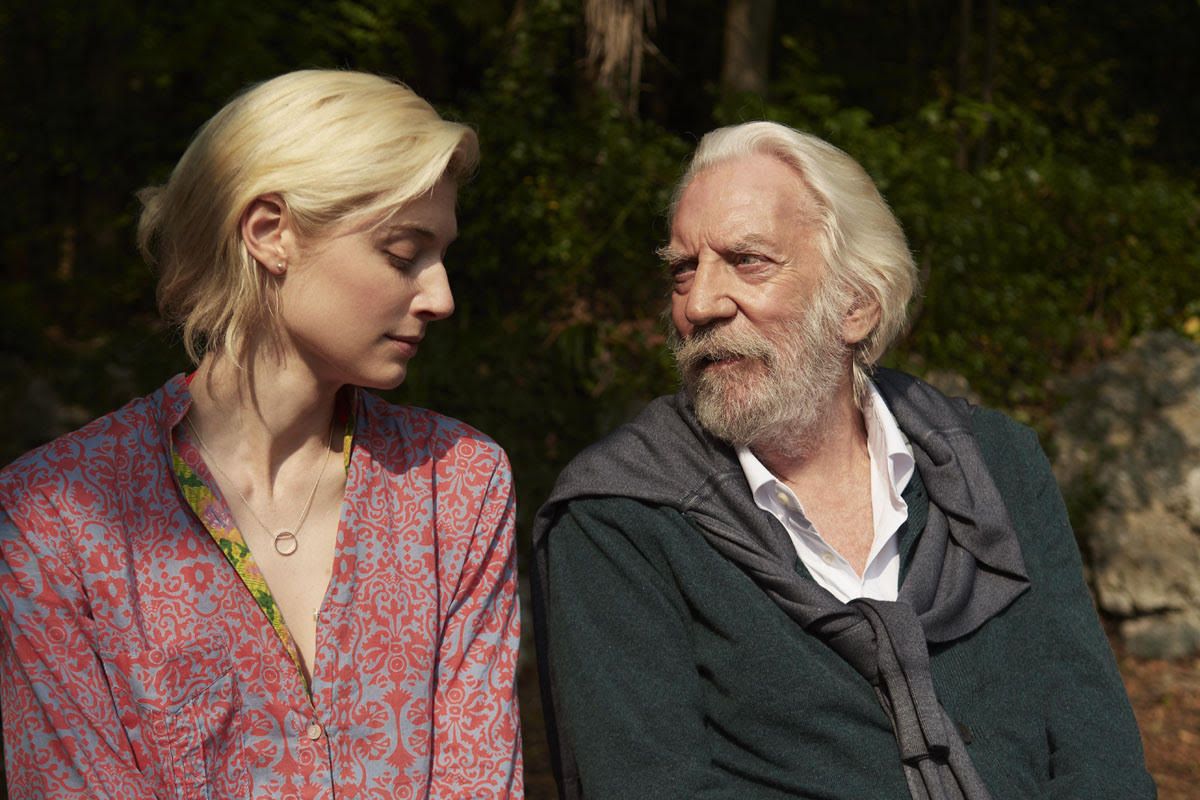 Italian director Giuseppe Capotondi’s directing career kicked off at age 23. He cut his teeth on music videos and over 250 TV commercials, subsequently winning international awards. The Burnt Orange Heresy, his second feature, is a fascinating Hitchcockian mystery which has more twists and turns than a salted pretzel. Capotondi’s casting is superb with Claes Bang as James Figueras, an art critic whose successful days are behind him. He fills his time giving lectures to uninformed art audiences, which changes quickly when he meets Berenice Hollis played by Elizabeth Debicki. Their romantic adventures takes them to the magnificent Lake Como home of Joseph Cassidy, a wealthy art dealer played by Mick Jagger. He commissions James to steal a painting from the reclusive, famous artist Jerome Debney, played by the iconic Donald Sutherland. Once James and Berenice meet this eccentric artist, the story does a 360 and takes off into the most unexpected, dark places with James’ desperation catapulting him into a complicated web of deceit out of which there is no escape. Just when you think you’ve figured it out, along comes another totally unexpected, shocking turn of events that will leave you on the edge of your seat to the final frame and beyond.

Director Capotondi and Claes Bang sat down for an interview with a small group of select journalists and the following has been edited for content and continuity.

How did you learn about the book and did the script stick close to the original story?

Guiseppe: Charles Willeford’s novel is set in Palm Beach, Florida but it was hard to shoot there, so we moved the action to Lake Como. Also, the character of Berenice is developed a lot more than in the book. But, the story is more or less the same.

How did you find that beautiful manor at Lake Como?

Guiseppe: Actually, nobody lives there so we had to totally redecorate. You can rent it. It’s a huge house and very cold in the winter.

When you read a script, what three things jump out that makes you want to play that character?

Claes: It’s never about three things. Every script is different and it wouldn’t be good to tick off three boxes. It has to say something to me that makes me want to start doing the scenes. With this one, it was very much about that twisted, weird relationship between James and Berenice. Like, whoa, what’s going on here? What’s the dynamic they have with each other?

You just came off The Square, which also dealt with art. How is your knowledge of art?

Claes: I’ve always been super interested in art. I’ve been going to museums and involved in art forever. Obviously, for The Square, I talked to museum art directors. That research really came in handy for this film.

Guiseppe: I don’t think we were trying to make a satire on the world of art. (Laughs)

Claes: We are not trying to say something about the art world per se; it was just about my character’s job and obviously it gives us a chance to talk about the perception of art and its seduction.

How was it working with Mick Jagger and Donald Sutherland – two icons.

Guiseppe: It was different because Donald is a legend and I was nervous about the idea of working with him. But, he is a very sweet man and very generous. Before I met Mick in London, I was really sweaty and didn’t know what I was going to say to him. The moment you get to know him, you find that he very approachable and is quite normal, funny, and very sweet.

After the ordeal Berenice just went through, what was her motivation for returning to the apartment?

Guiseppe: If you think about it, many women who are abused by their husbands always go back. First of all, we tend to hope that people we like walk a straight line, but they don’t always do that. Maybe she was in shock.

Claes: It’s always about finding something irrational in your character. Like why would you ever go and do that? As an audience, it actually engages you and you want to shout no, no, no. Don’t do that! (Laughter)

Guiseppe: We did have a lot of conversations about that scene.

Claes: My character of James is pushed over the edge, which is why he takes those actions.  The Jagger character basically has him by the balls so either he does what he says or there will be no way back into his career in the art world. He’s has fallen from grace and is a persona no gratis and is fed up with lecturing. Berenice catches him red handed and reacts negatively. We worked hard to get that bathroom scene. He had no idea that in three days, his life would do a 360. He’s just trying to survive and that ambition drives him.

When you are in an emotionally intense scene, how do you decompress?

Claes: I’m not a “Method” actor. I like to think of myself as an instrument – like a piano you can play. That’s in an ideal world but sometimes I’m a bit too opinionated, so I’m not a totally neutral instrument, but I try to be. I have the feeling that if I lose myself too much, I won’t be able to take direction.  You have to keep a distance in a way and I don’t go home devastated.

Did you give a lot of character direction?

Guiseppe: No. I think they all drew from personal experiences, except maybe the killing experience. We talked before and then I would just smoke my cigarettes (Laughter)

Claes: You have to get use to that. I was always wanting to do more takes, but

Guiseppe would say, no, no. We’ve got what we need. (Laughter)

The end of the film is a cliffhanger.

Guiseppe: We talked a lot about that ending and that was the biggest change. It wasn’t written like that. I didn’t want to give this character absolution and wanted to leave the ending with a question mark.

Claes: Our ending is mysterious. You leave the cinema wondering what’s going to happen.