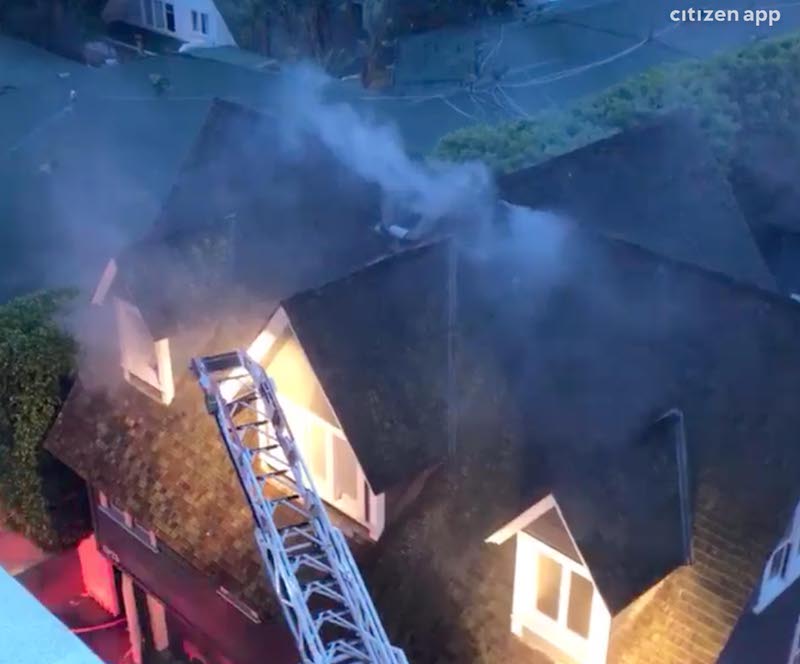 Tuesday night the Santa Monica Fire Department (SMFD) put out a fire that had broken out in a historic 19th century Santa Monica house.

According to the SMFD, the first arriving engine company reported a three-story building to the rear with an exterior fire that was extending to the third floor. Firefighters made an aggressive offensive attack and knocked down the exterior fire. Interior fire crews found extension of the fire on the third floor and quickly opened interior walls knocking down all fire within 16 minutes.⁣

There were no injuries to civilians or fire personnel.⁣

The cause of the fire is still under investigation, according to the SMFD.

The Gussie Moran Building is notable for both its Victorian architecture and its famous resident—Gertrude “Gorgeous Gussie” Moran.

Born in Santa Monica, where her family had owned the house since the 1890s, Moran took up tennis early, winning several singles and doubles championships. Moran would go on to achieve a career-high ranking of number 4 in the world.

“The Gussie Moran House is a remnant of the time when Ocean Avenue was first developed as a residential street. It is remarkable both for its Victorian styling and as the longtime residence of tennis champion, Gertrude Moran. Santa Monica was a small town of perhaps a few thousand, most living in the downtown area, when this house was started around 1887. Though many structures built in early Santa Monica were hastily erected and architecturally undistinguished, lots on desirable Ocean Avenue filled up with imposing Victorian homes,” the Santa Monica Conservancy writes about the house on their website. “The unexpected combination of a traditional house and a very untraditional woman make this landmark truly memorable.”