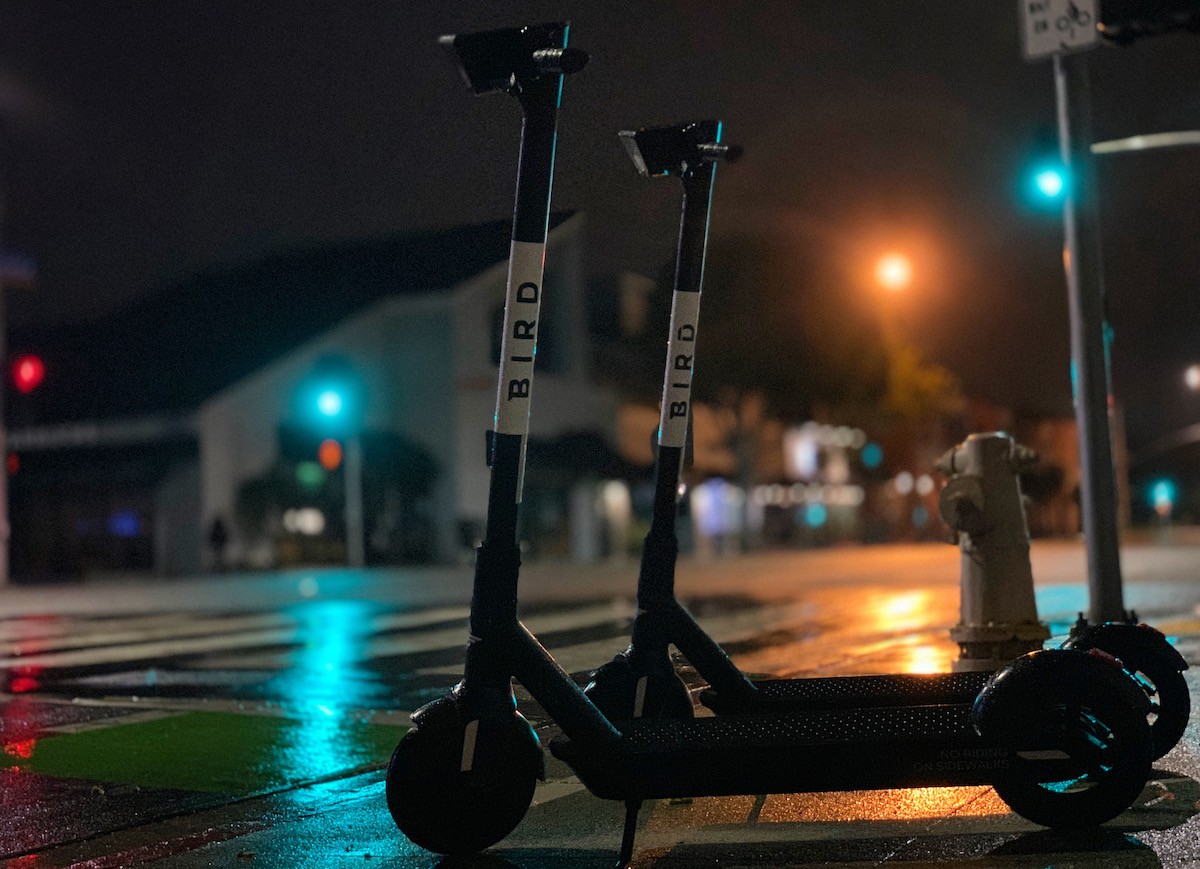 Recently Santa Monica-based Bird laid off over 400 employees in a single Zoom video conference chat as the COVID-19 outbreak has hit the scooter company hard despite recently raising $75 million in one month.

According to Santa Monica-based Bird, the COVID-19 outbreak has resulted in a 30 percent reduction in its workforce and forced them to pull out of many markets around the country. The company would not provide information on how individual offices were impacted, but dot.LA reported that whenever the Santa Monica headquarters reopens, there will be fewer than half as many employees there as before.

“Layoffs are never easy or comfortable to do and COVID-19 has impacted the way they are done in at least the near term. Bird had to make the difficult decision to eliminate 30% of its staff. Due to CDC, WHO and a number of government mandates, Bird employees are currently all working from home and the impacted individuals received the news on a web-based call,” Bird said in a statement.

Bird competitor Lime laid off between 50 and 70 employees, largely in San Francisco, as the company also is seeing their profits impacted by COVID-19.

According to Bird, laid-off employees will receive four weeks’ pay, three months of health insurance and 12 months to exercise options.

These layoffs come after Bird raised $75 million in funding in January. According to Bird CEO Travis VanderZanden in a memo, however, “given all the uncertainty, we needed to ensure a cash runway to last through the end of 2021”

The call took place on Friday, March 27. Bird says that contrary to some reports it was a live, not recorded, call. The company says that participants in the call had their video turned off to protect individuals’ privacy.

A laid-off Bird employee who requested to be referred to only as James, told the Santa Monica Mirror that those who were to be laid-off received an invitation to a Zoom conference titled “COVID-19 Update” scheduled to start at 10:30 am.

“There was silence for about five minutes and then a female voice began to explain that, due to the effects of the COVID-19 pandemic on Bird’s operations and business, our employment was being terminated,” James said. “In all [honesty], I did not think it was pre-recorded and it sounded to me like the person reading the message was, in fact, feeling sincere remorse at having to delivered the news — but this does not change the facts of what happened. Over 400 people lost their jobs that day and, regardless of how the news is delivered, bad news is bad news.”

“What is the ‘right’ way to lay off 400+ people working remotely? Not sure if anyone really knows the answer to that,” James added.

Another laid-off employee, who wishes to remain anonymous, told the Mirror that while they knew layoffs were a possibility, they think Bird acted too fast in firing 400 people at once.

“I knew there would be layoffs eventually, but was disappointed that so many roles were eliminated so early, with no incremental steps like pay cuts or furloughs. Bird’s handling of the layoffs was demonstrative of the ‘move fast and break things’ ethos of many tech companies who seem to be struggling to innovate amidst the COVID-19 pandemic,” the former employee said.

Another employee who wished to remain anonymous was disappointed that CEO VanderZanden was not the person who announced the layoffs.

According to former employees, the layoffs were widespread, from data to engineering to human resources to legal.

Despite these layoffs, VanderZanden suggested in a memo that the prospects for Bird in the future look promising.

“History also tells us something important: micromobility, especially scooters, will very likely have an important role to play as communities begin to get moving again in the wake of the COVID-19 pandemic,” VanderZanden said. “This is not the first time that a public health crisis has had a direct impact on the micromobility industry. When the SARS outbreak was sweeping through China, e-bike sales surged as riders looked for more personalized alternatives to public transit.”

As a silver lining, multiple employees noted the amount of support both former and current workers are providing in the wake of the layoffs.

“People are reaching out, sharing job leads and recommendations. I feel incredibly lucky to be counted among this group of bright and talented individuals. I was just transitioning careers, and I am a little scared that my lack of experience in this new career will make it hard to find a new opportunity in this tough job market. The amount of support and encouragement that I’ve received already gives me hope that I will be able to find a new job in this career soon,” an employee, who also wished to remain anonymous, said.