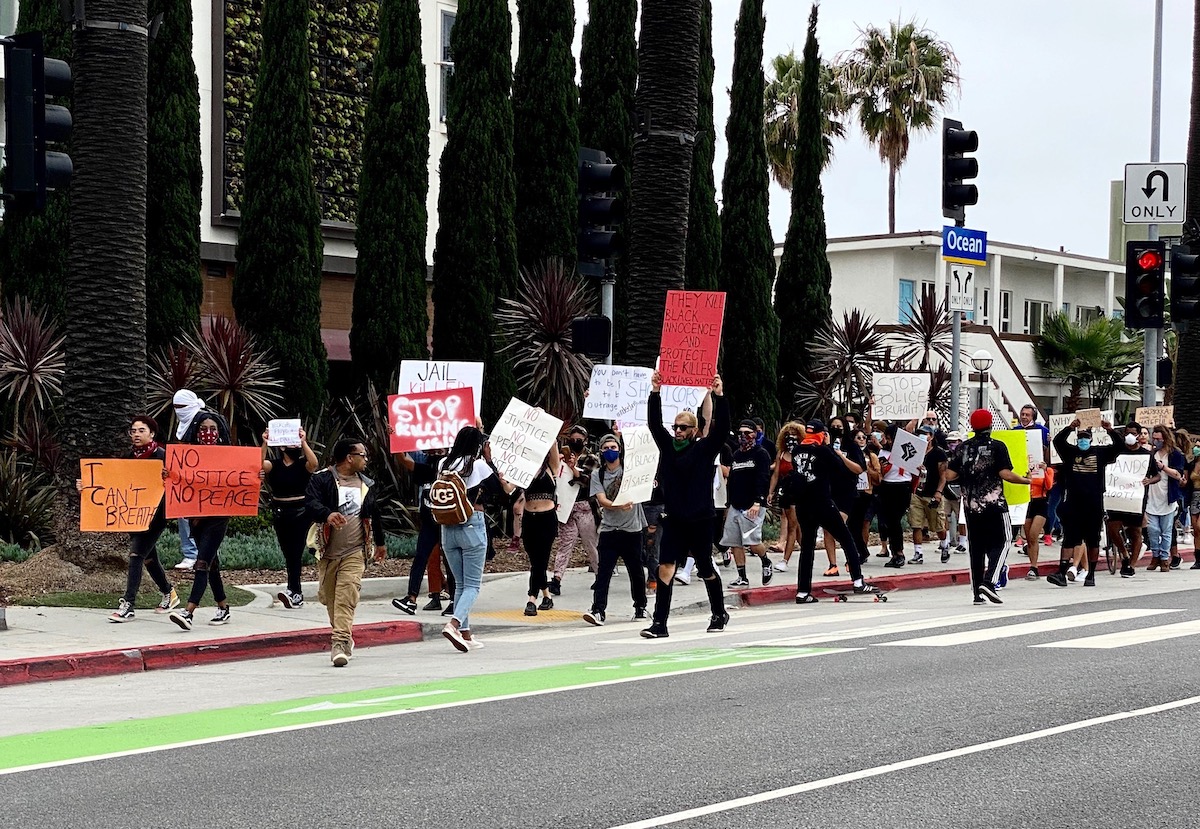 “Black lives matter.” “White silence is white violence.” “I can’t breathe.” These were some of the calls demonstrators chanted while marching from Santa Monica to Venice protesting George Floyd’s death, a black man killed by a Minneapolis police officer.

The protest, described by organizers as a “peaceful protest” to “raise awareness and use love to drown hate”, began at 3 p.m. the Santa Monica Police Department (SMPD) headquarters at 333 Olympic and made its way south to the Los Angeles Police Department (LAPD) substation at 1530 Ocean Front Walk.

Demonstrators, many wearing black and orange, began marching towards Venice around 4 p.m., walking along the Venice Beach Boardwalk for a stretch of time.

“No justice, no peace. No racist police,” demonstrators chanted while marching down the Boardwalk.

The demonstrators are part of wave of marches happening around the nation to protest the death of George Floyd, a black man killed Monday when a Minneapolis police officer–Officer Derek Chauvin–pinned him to the ground with his knee, even after the Floyd said he was could not breathe.

Chauvin and three other Minneapolis officers were fired Tuesday, but many say this is not enough.

On Wednesday, Minneapolis’s mayor called for criminal charges to be brought against the white police officer shown on the video kneeling on Floyd’s neck.

In response to the protests, the LAPD wrote “We hear your anger & your pain. We will always facilitate freedom of speech. Period. All we ask is that protests are held in a safe & legal manner,” in a tweet.

The SMPD has not addressed at protests at the time of publishing.