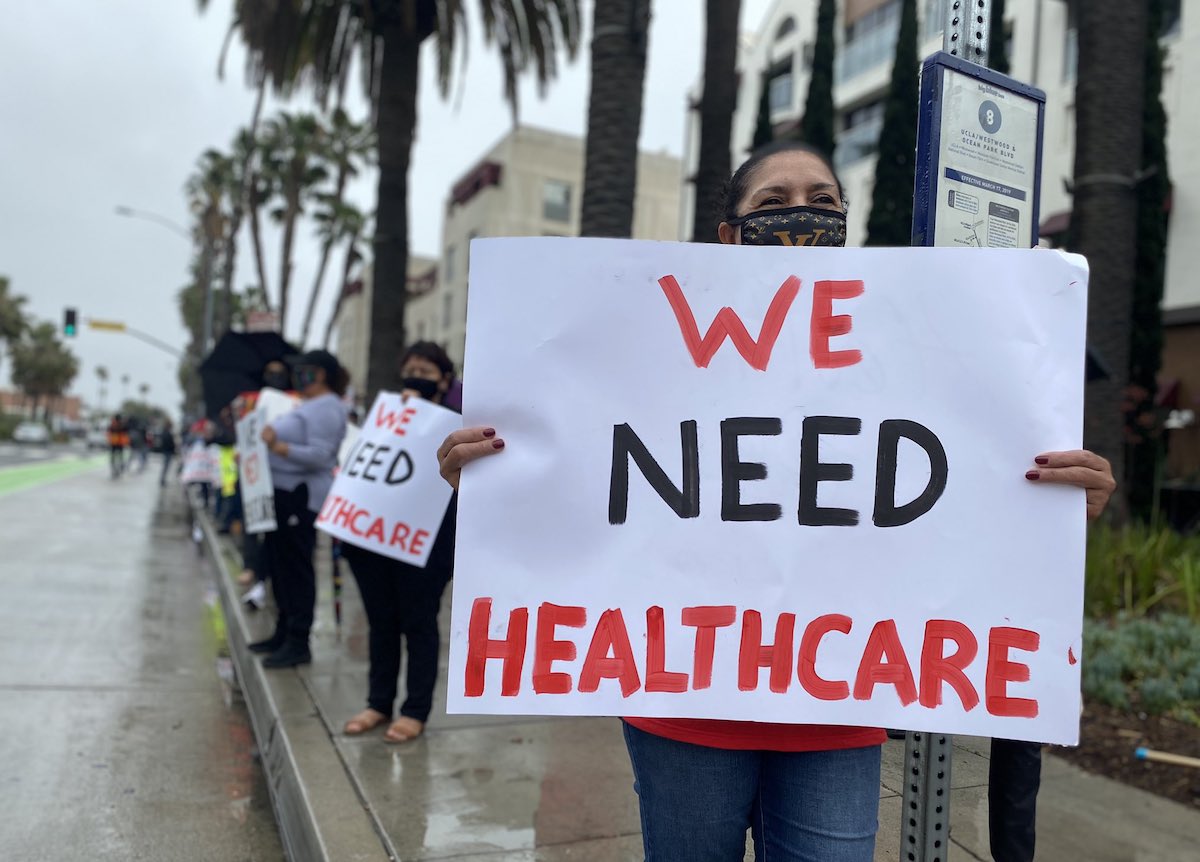 For the second week in a row, laid-off Santa Monica hotel workers took to the streets calling for expanded healthcare coverage during the novel coronavirus (COVID-19) pandemic.

Last Monday, and again today, over 100 hotel workers in Santa Monica and Long Beach gathered to make a statement. The workers participated in a car caravan to raise awareness about the lack of health insurance coverage for those impacted by the COVID-19 pandemic.

“I need my hotel to extend healthcare for us through the pandemic because my son has a heart condition. It also scares me to think that as a single mother of three I might be left without healthcare in the middle of a pandemic,” said Nora Ardon a housekeeper at the Viceroy Hotel for 13 years.

The group of cars passed by Le Meridian Delfina in Santa Monica, Viceroy Hotel, Hotel Casa del Mar and Shutters on The Beach.

Organizers say while it wasn’t a protest, it was a call for action. According to workers, the Fairmont Miramar is the only Santa Monica hotel that has agreed to pay to extend health insurance for bellpersons, room attendants, cooks, servers and others laid-off during the pandemic.

According to Maria Hernandez, from the Communications Department of Unite Here Local 11, many of these workers have been laid off due to the COVID-19 outbreak and will see their health coverage expire at the end of June.

“With unemployment exceeding 90% in the hotel industry, hotel workers should not have to choose between paying rent and paying for healthcare for their children,” Hernandez wrote in a media release.

UNITE HERE Local 11 is the union of more than 32,000 workers in hotels, restaurants, airports, sports arenas and convention centers in Southern California and Arizona.

Organizers argued that because they have helped build Santa Monica‘s tourism industry, they want to be protected.

“We recognize the ownership of the Fairmont Miramar who has agreed to pay for the employees’ health insurance,” said Kurt Petersen, Co-President of UNITE HERE Local 11.“Once again they have demonstrated what it means to be a responsible employer. Shame on the other hotels who refuse to guarantee health insurance for their workers during a pandemic.”

Among the Santa Monica properties that have not guaranteed insurance include:

The Santa Monica Mirror has reached out to the hotels above for comment; however, we did not receive any responses by the time of publication.

Sam Catanzaro contributed to this report.