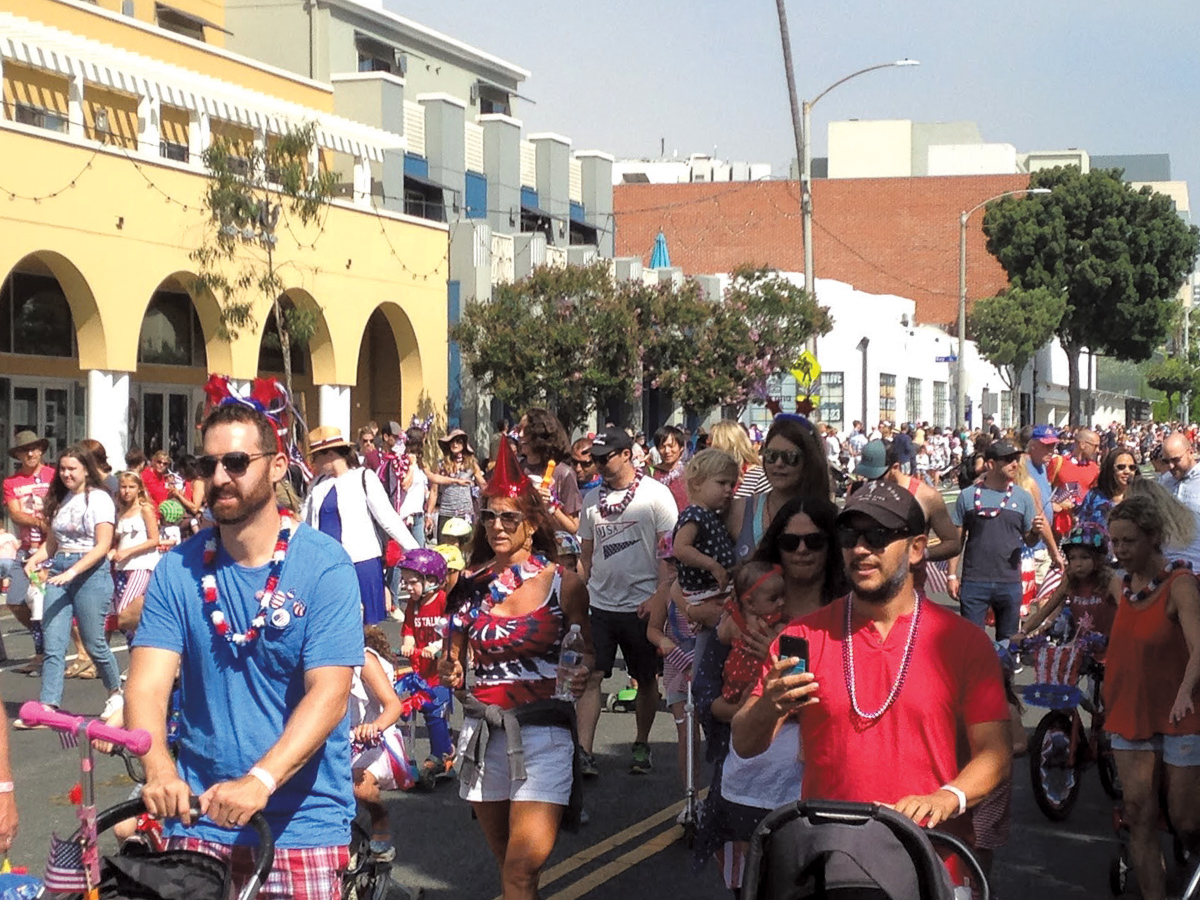 COVID-19 leads to cancellation of the annual event

Santa Monica’s annual Fourth of July parade has officially been canceled due to the novel coronavirus (COVID-19).

Though planning for the parade began months in advance, factors such as the inability to social distancing rules, trouble securing road and street closure permits and general safety concerns have caused organizers to cancel the production for a Santa Monica staple event.

Produced by the Ocean Park Association (OPA), the parade is a beloved community event with participants and spectators comprised of residents, businesses, nonprofit organizations, families and children of all ages.

Because City Hall is shut down, organizers say they can’t meet with City officials and discuss safe routes. In addition, the majority of event funds come from sponsorships, which are hard to secure given the current economic climate.

In addition, as the City of Santa Monica makes major budget cuts, funding for City-sponspored events, including the Fourth of July Parade, have been terminated;

Lastly, a location to hold the show also presented an issue. A new multi-purpose sports field is under construction located where last year’s show as held and while local beaches normally provide space, it is unclear if large gatherings will be allowed on the beach when the Fourth rolls around.

Organizers do say they could hold an event later in the summer when things are safe.

They’re encouraging the public to still enjoy festivities, just safely and in small groups all while practicing social distancing.

While Santa Monica’s Fourth of July Parade has been canceled, last Tuesday, at the second convening of the Los Angeles County Economic Resiliency Task Force county leaders expressed a goal to reopen Los Angeles County as early as July 4.

In a presentation, Bill Allen, president of the Los Angeles Economic Development Corporation (LAEDC), confirmed there have been more than 1 million unemployment claims filed in L.A. County to date. More than 75 percent of the projected job losses have an average annual earning of less than $50,000, with restaurants and retail industries hit the hardest.

“I understand the urgency to reopen and know many of the experts the County has assembled for this Task Force have been working hard to develop safe and efficient plans to revitalize their sectors as early as next month,” Supervisor Barger said. “I remain focused on working with industry leaders and health officials to safely make way for Los Angeles County to reopen by the Fourth of July.”

The July 4 date indicates a goal of the full or staged reopening of retail, restaurants, and malls, which are currently operating at a limited capacity.

Sam Catanzaro contributed to this report.