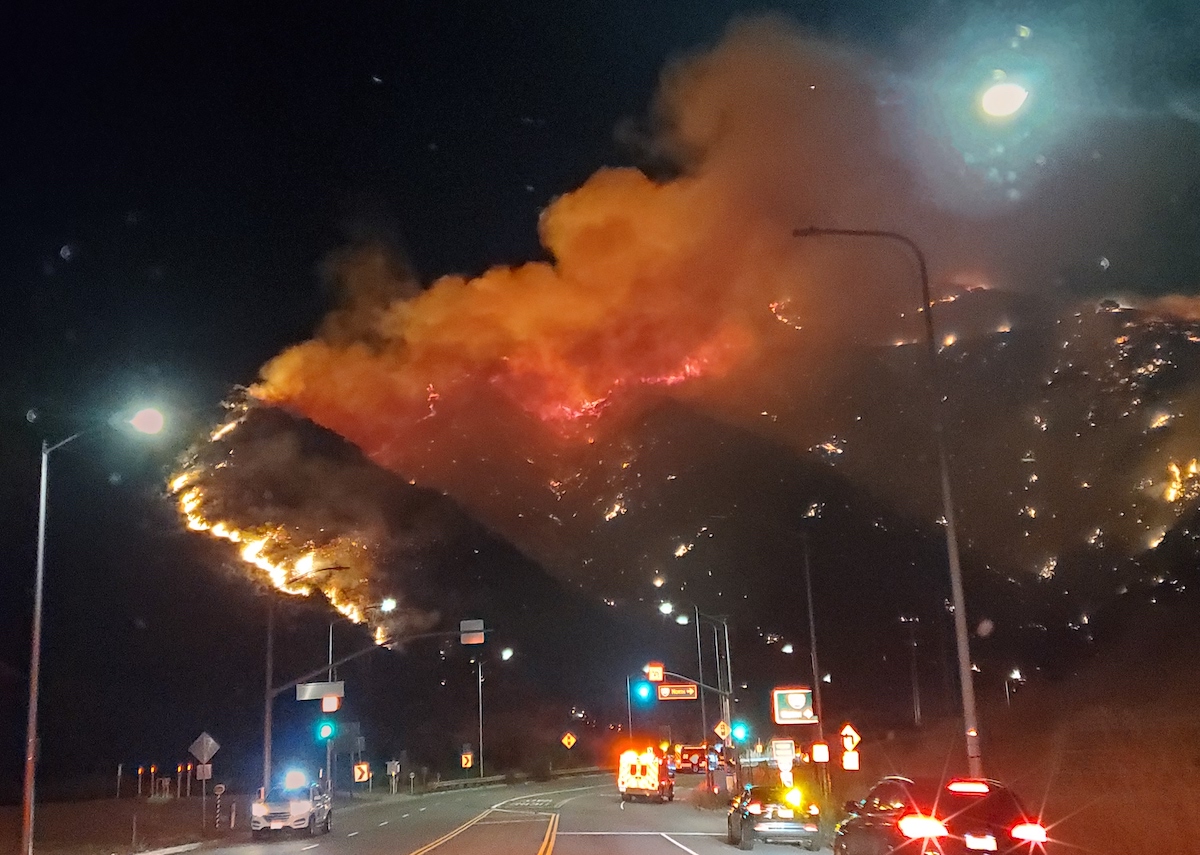 Firefighters have fully contained a wildfire fire that broke out in the hills near Bel Air Wednesday morning.

According to the Los Angeles Fire Department (LAFD), the fire–dubbed the Sepulveda Fire–was first reported at 12:13 a.m. Wednesday in the 1300 block of North Sepulveda Boulevard, east of the 405 Freeway near Getty Center Drive.

LAFD spokesperson Brian Humphrey said that two LAFD firefighters suffered non-life-threatening injuries while battling the fire, and were treated at the scene and released. No civilians were injured.

As of 10:00 AM Tuesday, the fire was 100 percent contained at an estimated 50 with no visible flame remaining. There have been no structures damaged and no formal evacuations associated with the fire, which remains categorized as “under investigation” by the LAFD.

The only LAFD operations at the scene Thursday will be crews reclaiming fire hose and other equipment.

“We thank neighbors for their patience as we conclude operations, and ask motorists along and near Sepulveda Boulevard at Getty Center Drive to remain attentive and drive carefully as firefighters in the area complete their duties,” Humphrey said.