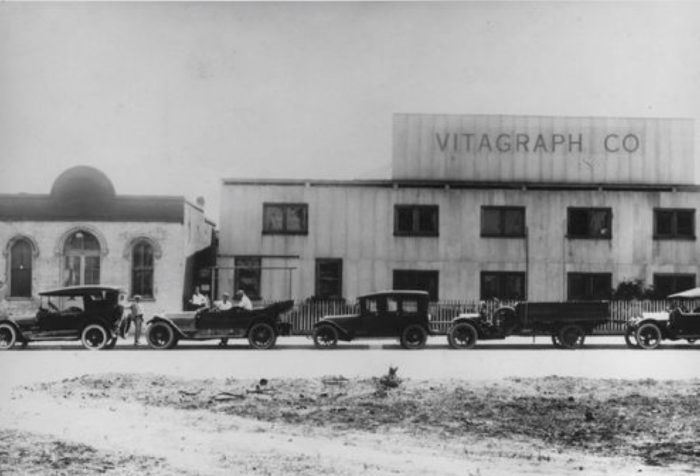 A Santa Monica hostel located behind a 19th-century historic saloon is eyeing a significant expansion.

On Wednesday, Santa Monica’s Planning Commission will hear plans to expand a hostel located on 2nd Street in Downtown Santa Monica. Project applicant Hostelling International USA–also known as American Youth Hostels, Inc–wants to add a five-story, 60-foot tall building to 1436 2nd Street. The 15,622 square foot expansion would increase the capacity of what is now a four-story, 200-bed hostel by 40 beds.

The Rapp Saloon–Santa Monica’s first historic landmark as old as the city itself–is located on the same property as the hostel. Built in 1875 and designated a landmark in 1975, the Rapp Saloon is the first masonry structure built in the city, according to the Planning Commission.

“A remarkable survivor from the year Santa Monica was born, this small brick building was constructed as a beer hall by William Rapp. An 1877 newspaper ad promoted the ‘Los Angeles Beer Garden’ with fresh Los Angeles beer always on hand,” reads a write up on the building from the Santa Monica Conservancy. “The arches give this vernacular building an Italianate air. It has gone through many incarnations in its long life, even serving briefly as City Hall in 1888-1889.”

From 1911 to 1914 the building was used by the Vitagraph Film Company as an early movie studio. Over the years it has also been home to a Salvation Army, a radiator repair shop, a piano tuning shop and an art gallery.

“Saving the Rapp Saloon took several decades of effort. Vacant and abandoned since 1959, the owner hoped to sell and relocate the building so that this prime location could be redeveloped. It was named the first landmark in the city in 1975, and the city offered to support the relocation. Ideas floated to use the building as a historical museum. By 1984 no viable purchaser had emerged with a realistic plan for re-use; and the owner threatened demolition. Finally, in 1986, the American Youth Hostel acquired the property with the intention of preserving and re-using the historic landmark,” the Conservancy added.

According to the Planning Commission, the hostel expansion is “designed and situated in a manner that is respectful and harmonious with the Rapp Saloon landmark located at the front of the property.” While the Rapp Saloon’s appearance would be relatively unchanged by the expansion, plans do call for minor alterations to the building including lowering the raised interior floor, eliminating concrete steps at the exterior, and extending the door to sidewalk level to improve access to the building.

City Staff is recommending the planning commission approve the expansion.