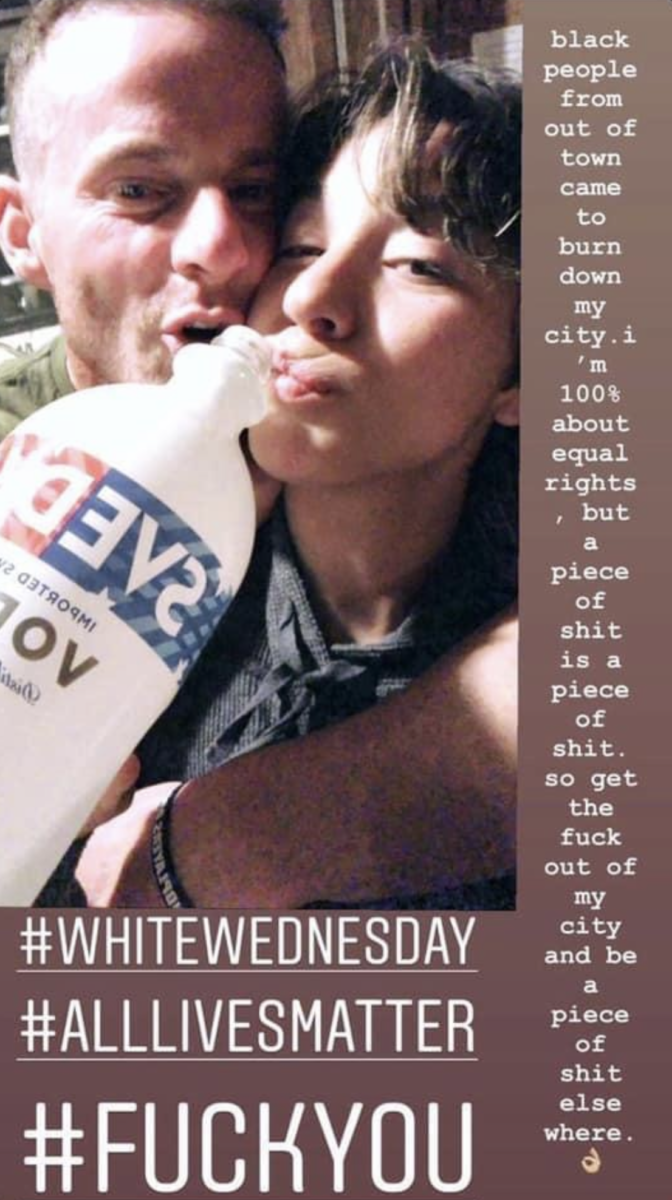 A Santa Monica fitness instructor is getting backlash for a post many are calling racist.

On Tuesday, Sierra Johnson–a local fitness instructor–posted a photo on her public Instagram story with the hashtag “WhiteWednesday” (see above). The story was posted during “Blackout Tuesday”, a day promoted by activists to mourn and bring about policy change following the police killing of George Floyd with millions is users on Instagram posting solemn messages featuring stark black backgrounds.

In addition, Johnson singled out black people for destruction and damage that occurred in Santa Monica Monday, while people of all races participated in the looting.

While Johnson followed up on Wednesday with posts apologizing for her actions (see below), Burn Fitness– a workout studio on 3rd Street where Johnson used to be the General Manager–condemned the post.

“We truly appreciate you bringing this to our attention. She has not been with the company for several months. We absolutely DO NOT condone her words or actions and horrified to see this. We are deeply saddened and disturbed by what we have seen by our FORMER employee. We at Burn Fitness support the movement for reform, equality and hope you join us in our support for change,” Burn Fitness wrote in a statement to the Santa Monica Mirror.

Johnson in the photo is shown with what appears to be her partner Alister Konrath. The two individuals have their own fitness service called “ottophyllisfitness”. The Santa Monica Mirror has reached out to Johnson, Konrath and “ottophyllisfitness” for comment, but none could immediately be reached.