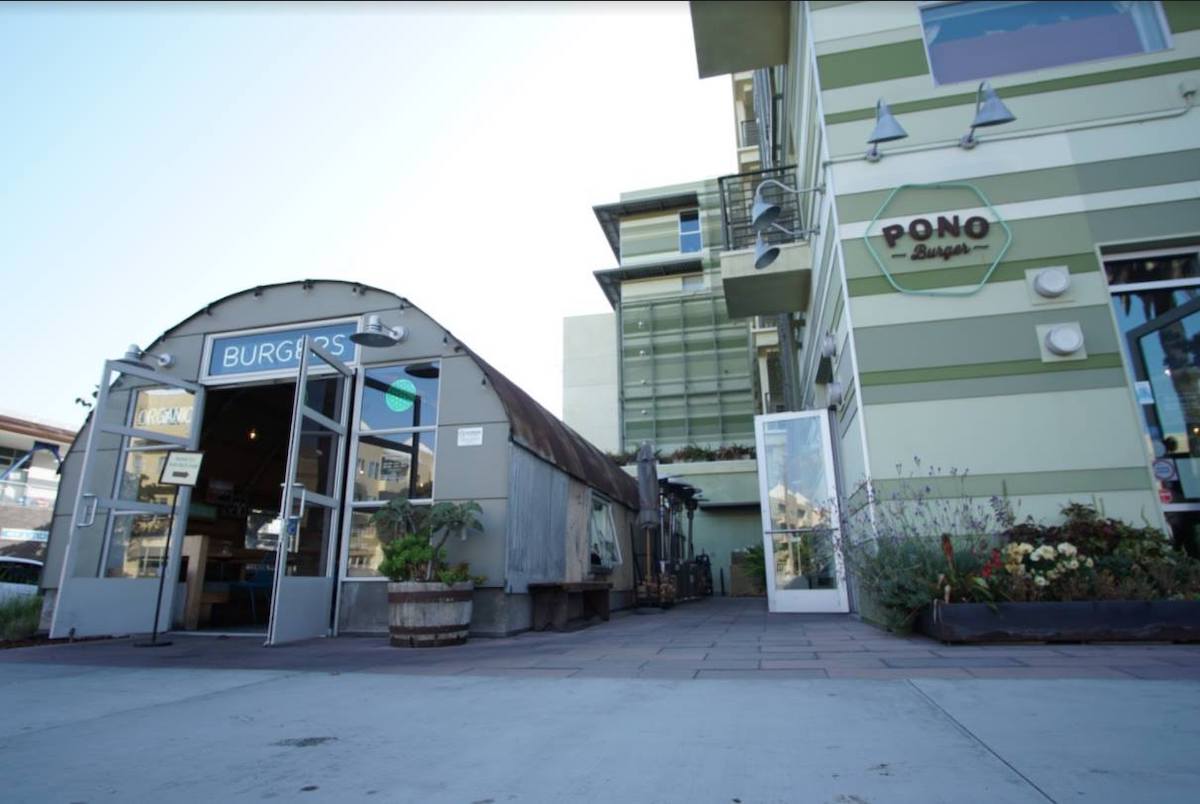 A Santa Monica burger restaurant has put on leave a manager filmed allegedly buying a stolen TV from looters.

As reported by Fox 11, on May 31 Amanda Barrie–who lives above Pono Burger on 9th Street and Broadway in Santa Monica–observed a group of looters attempting to load a stolen TV into a getaway car. Barrie then noticed a man approach the group and appear to begin negotiating with them. Barrie then realized then man was the manager of Pono Burger.

As heard in the video, one of the looters yells “$300, right now!” and soon after the manager pulls out of his pocket a wad of what appears to be cash and hands it to a female.

Fox 11 confronted the manager, showing him the video. The manager admits being in the video but denies that he bought the TV.

In a statement, Pono Burger said that they have put the manager on administrative leave.

“We have reviewed the video and report online regarding the activities of an employee at Pono Burger. We have contacted our employment legal counsel and have opened an investigation. We want to ensure that we thoroughly review all information available and quickly reach the correct decision based on the employees actions. In the interim the employee has been place on leave pending the conclusion of our investigation,” reads the statement.

According to California Penal Code section 496, buying or receiving any stolen property is a felony crime with imprisonment in a county jail for up to three years and/or a maximum fine of $10,000. If the value of the product is less than $950, however, charges are reduced to a misdemeanor.