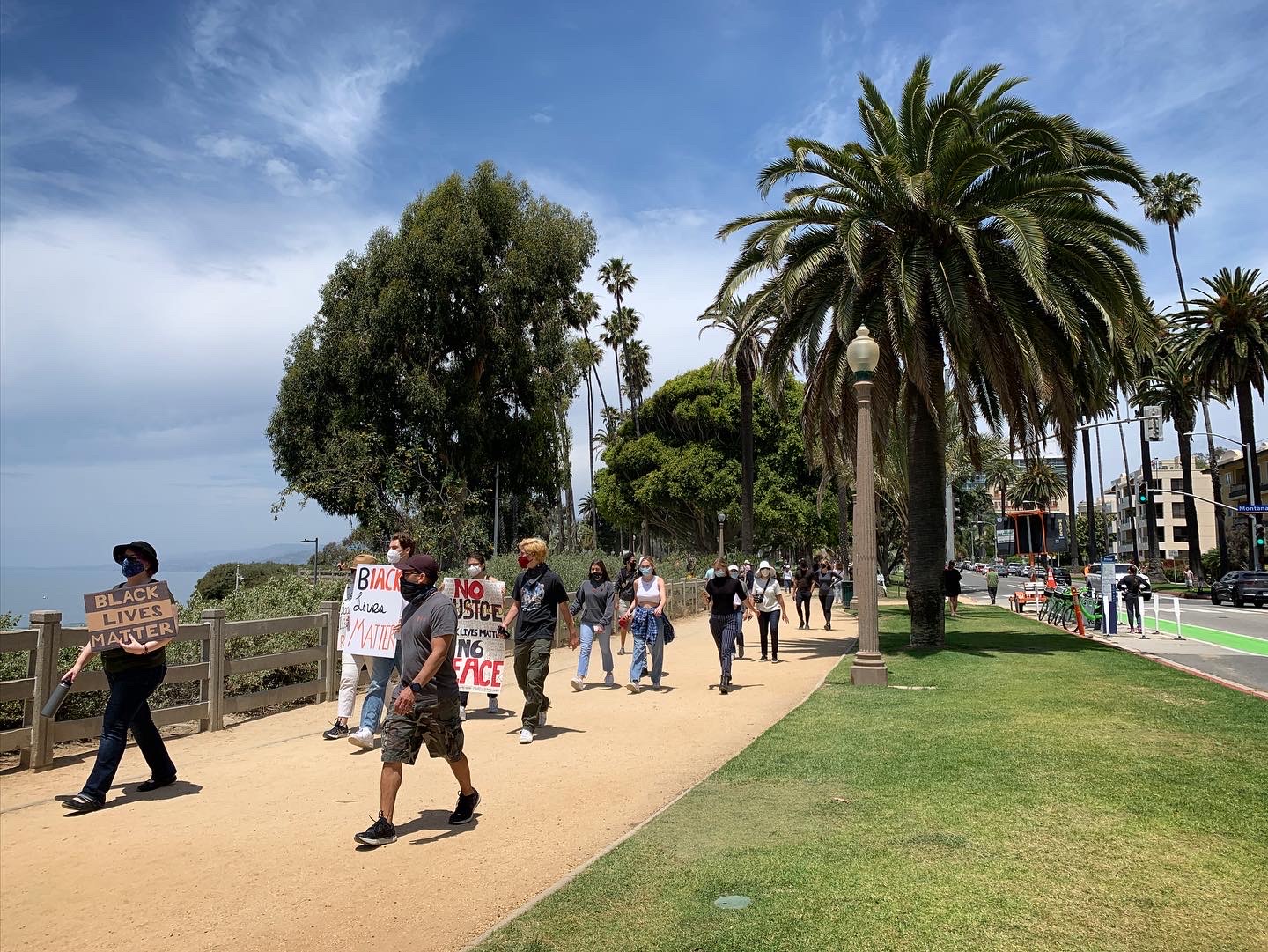 During these months of quarantine and the more recent eruptions of protest and anger (in regions big and small across the nation) the teachings of Santa Monica College’s Dr. Marisol Moreno have not been far from my mind. Moreno, an expert in American history and Chicano American studies, is known for making history come alive.  There’s no sugar coating in her classroom. For Moreno, history is about race. It’s filtered by race and race informs the choices made across modern time. Having taken classes (in my dotage) with this professor, I can practically hear her voice calling us to understand the difference between prejudice and racism:  the former is against a person and the latter against a people.

Our founding document, the 1787 Constitution, was premised on racism.  The framers took care to endorse the trafficking in black humans in three (3) separate provisions of the U.S. Constitution. First, black people were deemed to be three-fifths of white people for the purpose of congressional representation; second, the slave trade (that is, stealing humans in foreign lands for enslavement on these shores) was expressly permitted for an additional twenty years from the date of the Philadelphia signing, and third, if any slave escaped to another state (even one where slavery was not condoned), the new state, the one “in possession” of the slave was mandated to return the slave to the initial state from which he fled.

This was the deal made in Philadelphia by the 55 men who wrote the Constitution. Their goal? To form a “united” country of states from the north and south. Half of the founding fathers at the Constitutional Convention, who hailed from twelve of the former colonies, owned slaves of their “own.”

And even though just this month, the U.S. Marine Corps and NASCAR have banned confederate flags, the Civil War is still with us.  Lincoln’s death and the warm embrace of the south by his successor, President Andrew Johnson, doomed reconstruction.  And so here we remain.  We are fighting two viruses and only one we cannot see.  We cannot ignore the echoes of sin against a people.  Not for another minute or for another 8 minutes and 46 seconds.

Quarantining to prevent COVID 19 exposure has afforded me plenty of time to think and to read.  I have been reading a lot about George Floyd and his family.  I was struck by an account of his aunt, Angela Harrelson, who was raised in North Carolina, trained in the medical field, served as a captain in the Air Force reserves and relocated to Minneapolis to work as a nurse. “Minnesota Nice” was not what she experienced at a hair salon in her adopted state.  Harrelson was visiting a shopping mall in a Minneapolis-adjacent suburb when she spotted a hair salon, noticed that it carried black hair products, and so she entered and asked for a stylist.  The hairdresser-on-duty initially refused Ms. Harrelson’s request for service telling Harrelson that she “had never styled black hair.”  Ms. Harrelson declined to accept the rebuff. She insisted that the hairdresser “do” her hair.  When George Floyd’s aunt ultimately left the mall, she was sporting not just a new do, but also carried away a concession from the hairdresser that the discomfort expressed was not because of “hair type” but because Harrelson was black.

Midwestern hairdresser-denigration-of “the other” happened to me too in Wisconsin, the sister-state just to the east of Minnesota.  In the early 1990s, I flew-in to attend a female law school classmate’s Gunsmoke-western themed wedding. It was held in her home town which was some 150 miles north of progressive Madison, Wisconsin where we had met.  At the bridal shop, after my first and only fitting of my bridal attendant’s corseted-blue-green-taffeta-with-black-lace gown (something Miss Kitty, the “bartendress” in the TV show would have worn) I went, as instructed by the bride, to the town’s hair salon for a wedding ceremony hair-do.  Once covered in a plastic cape, before the transformation of my long, frizzy hair into piles of saloon-ringlets, the hairdresser exclaimed, “I have never done Jew-hair!”

Intolerance, lack of knowledge, or perhaps the innate fear of the stranger, in places far outside of urban centers in the Midwest, was not new to me. But I long believed it was a one-off, some failure to understand, or at worst, a discrete prejudice against an individual.  The year was 1979 when I (far from my east coast home) spent a weekend with that same classmate’s family in that same, small, upstate Wisconsin town.  My classmate brought me home and proudly introduced me to her assembled extended family as “the gal from the east coast of America.” Without shame or discomfort, a few stated that they had never met a Jew, and one asked me a question which flummoxed me: “Where are your horns?”

At some point during the weekend, I asked if I could use the (land-line) phone to make a long-distance collect call.  I stepped into a bedroom and dialed my mother in Philadelphia to ask her what I should make of the “horns question.”  My mother told me that the comment came either from ignorance or enmity, or both.  My mother explained that as early as the Middle Ages, Jews of Europe were excluded from commerce as they were thought to be “products of the devil” and thus, had horns.  She added that Jews were depicted in the art of the time (many woodcuts) as animals with tails and horns to include bovine imagery (more horns) and that all of this was exemplified by Michelangelo’s statue of Moses (from the early 1500s) which featured a sitting Moses holding the Ten Commandments with two nubs sticking out from his marbled head of hair.

My mother related that Michelangelo was attempting to sculpt the marble to depict rays of light emanating from Moses’ head to artistically convey the spiritual exchange Moses had with the divine on Mt. Sinai.  Unfortunately, the stubs ended up looking more like horns.  As a result of this, into the modern era, horns as derogatory “Jew-imagery” stuck.

Weeks ago, when images of burning Santa Monica were in the national news, my law school classmate reached out by text.  She (who I hear from every other year or so, and who is now retired from law practice and still living in that same small town) asked how I was faring with the “Chinese Wuhan flu” quarantine and “the riots.”  I texted back that we were in a moment-in-time when our country’s history of racism was being held-to-account and that I hoped the revolution-in-the-streets would cause us to finally acknowledge and address the original sin of our 1787 constitution which endorsed slavery.  She wrote back that “gangs of people with weapons, driving around in cars, yelling ‘kill the white people’ were not having a revolution.”  There was nothing more to say. I then knew what she watched. I erased her contact info from my phone.

I realized that my far-away former friend was much more than prejudiced. Racism was in the groundwater of where she had always called home.

Julie A. Werner-Simon is a former federal prosecutor and a Fellow in Constitutional Studies at Southwestern Law School in Los Angeles