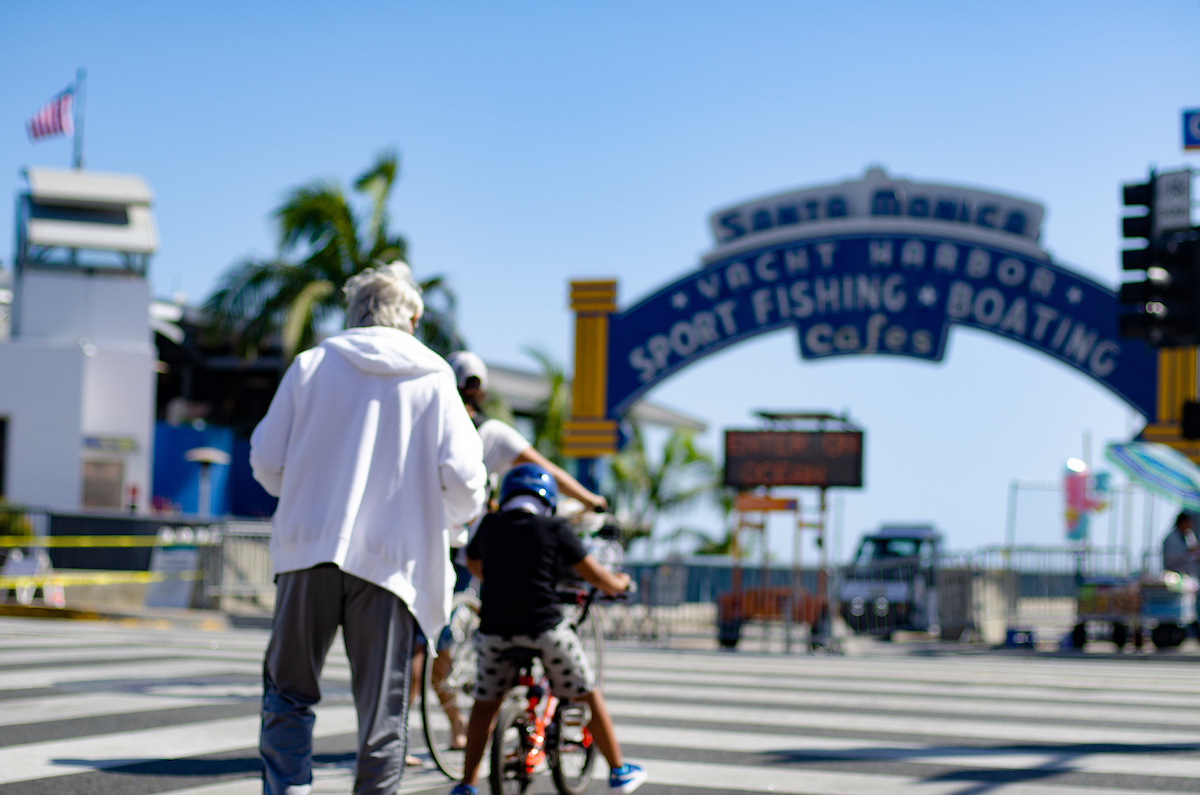 It was Santa Monica’s 145th birthday on July 15th. Our city’s traditional motto is “Fortunate People in a Fortunate Land.” Yet it no longer feels that way. It is not even the pandemic’s fault.

~ I posed a one-question survey on local social media sites last weekend. Special note: unlike city hall, no outside consultants were used in the compilation of this survey! “Are your lives better now in Santa Monica than they were four years ago? Eight years ago?” I received over 250 replies. The answer was a resounding NO. Only one resident felt the city was a better place to live today than it used to be. Homelessness, public safety, the state of our streets and parks, the looting of May 31st, overdevelopment and traffic dominated the many angry answers I received. Yes, we have all heard these complaints before, but now there is more urgency to the cries for help. People are fed up and rightly so. Here are the voices of your fellow residents:

“Enforce the laws of the city. The homeless should not be above the law. And stop all overbuilding that does not benefit residents.” “STOP the overbuilding!!!!!” “Get rid of the entire corrupt city council and the photo op cop (police chief)” “We can not leave anything in our front yard or it gets stolen.” “Not even close. My home is virtually unlivable.” “Less development, residential, and especially hotel/commercial. I’m a native and have been through it all in my 59 years.” “The homeless crisis is a disaster and spiraling out of control. Unsafe for the homeless community and residents. I’ve been here for 18 years, and it’s far worse than it’s ever been.”

“To say we need to further densify all coastal areas by leveling single-family homes and building high rises to pack in more people does not solve the housing problem. It drives out stable families replacing them with a more transient resident with less invested in the community.”

“When Gelsons opened…I will never forget my elderly neighbor’s face as he picked up items, looked at the price, and then put them back on the shelf and walked out without buying a damn thing. He’s lived here all of his life. We are now a second- or third- home destination. The people are transitory. It’s no longer home.” “I’ve lived here for 30 years and never felt unsafe until now.” “Greed and mismanagement of funds. (e.g. the artsy bus stop seats with no shade). Was anyone held accountable for that waste of money?” “The overcrowding, traffic issues, and noise pollution.” “People using the streets and the beach as their open space toilets.” “When do the residents get to matter?”

“The over-development, in particular the transformation of the blocks west of Lincoln. They used to be sun-dappled, big-sky streets with the scent of the ocean wafting through. Now they’re cavernous, dystopian high-rises, dark except for the midday hour.” “My family moved here in 1976. I think it has changed in so many ways for the worse. Santa Monica (the city council) doesn’t seem concerned with the people who live here. Residents pay mortgages, taxes, and high rents and ultimately pay Property tax. It seems we serve everyone but ourselves: Big businesses, scooter companies, homeless (not an indictment of the homeless) meanwhile, the retail businesses that were convenient to us have been forced to close up shop due to astronomical rents. Give an incentive to bring back the Mom and Pops.”

“Best days are behind SM.” “Get the predators off the streets that are terrorizing residents, for real – deal with the crime and the ridiculous concept that this is an okay way to live” “It would be nice to be able to go for a walk not feeling afraid!” “I would like to see those funds redirected toward city services that better serve our communities in need – social workers, educators, family therapists, bridge housing, etc. – so that we prevent the individuals from heading down the road where police involvement may be warranted.” “Get leaders who listen to residents, both on city council and schoolboard. Current leaders listen more to outside consultants and appear to resent the residents they are supposed to represent. Fund programs (and staff) that benefit residents, not resumes. Preserve open space, park space, recreational space.”

“Here for exactly a year and worse because of: 1. Rising crime: home burglary (again) on our street last night. 2. Reduction in city services including street cleaning. 3. Explosion in homeless population and boldness of homeless to trash sidewalks and parks and terrorize people. 4. Looting and destruction of downtown.” “My life is definitely worse: traffic, crime, building density, rising cost of living, pollution are all steadily worse.” “We need council members strong enough to say NO MORE to the machine!” “Parking enforcement is a state-sanctioned, city-approved theft ring.” “Safety and security: our locked garage has been broken into more times then I can count in the last 4 years; the latest being last week.”

“We have lost our uniqueness and charm. Boring architecture stacked side by side does not make for a memorable or unique place.” “I don’t feel safe even to throw the garbage downstairs!” “45-year resident. Crime and homeless/mentally ill people camping out leaving trash and poop behind.”

“Residents are just here to soak for money to pay for their grandiose schemes, massively bloated payrolls, and pet projects.”

“Safety and security is the biggest issue. I’ve seen this city deteriorate from a cute oceanside community into a cheap strip mall losing its character.” “We have to leave our town to avoid crime! Imagine that. I feel like a sitting duck here.” “I’d like a City Councilperson who prioritizes the needs of residents, spends our money wisely, actively seeks input; and, has the guts to stand up for us.”

“The bastards and wenches have sold us out. Plain and simple. A blind woman could see it.”

~ As you can see, we have an abundance of unhappy, disillusioned residents. They are tired of being ignored by deaf council ears, and the quality of life in our “fortunate land” continues to dwindle. The City Council has felt smug in their disregard for the needs of the good people who live here, both renters and homeowners. Meanwhile, our residents are scared and told that there is nothing the city can do about homelessness and public safety. South Bay Cities, Beverly Hills, and others seem to have a handle on public safety and homelessness. Our municipal government says, “We’ve been trying to control homelessness for forty years.” Isn’t it time we refuse to fail? They suggest that residents get private security and accept the constant crime wave. Isn’t it time we rise and tell them those answers are unacceptable?

~ My friend, A. J. Ali moved away this week. He wrote, “I’ve spent much of the past four years in a hyper-vigilant state (in Santa Monica)… With all the beauty of beachfront living, it comes with a price. Especially now during a pandemic and seemingly everyone in LA choosing to make Santa Monica the place where they come to let loose, free of masks or any other regard for anyone’s personal safety and well-being. Not to mention the steadily rising kinds of crime that don’t register in the police reports because they simply can’t show up for all of the petty thefts, minor assaults, and incessant screams in the night by the mentally ill and drug-addicted attacking each other or grabbing whatever isn’t nailed down.” I interviewed AJ about his film, Walking While Black, L.O.V.E. Is The Answer in 2017. Watch it here: https://smmirror.com/2017/11/brock-on-your-block-aj-ali/

~ The pandemic shows no sign of easing. The cure is simple. Wear a damn mask. No complaining. No Fudging. Save a Life. Here are the increasingly grim Santa Monica statistics. Eight Hundred Fourteen COVID-19 cases and Eighty-two deaths (including rest homes).

~ Crime hits everyone in Santa Monica. Three weeks ago, two men broke into the garage in my complex. The editor of this newspaper had his car jacked the other night. Luckily, it was found close by, and he knows better than to leave valuables in his auto in our city. Our looted and crime-ridden town is a mess!

~ My mother lost her best friend on Friday, July 10th. Sandy, a silky terrier, had been her faithful companion for sixteen years. A rambunctious character as a puppy, his boundless energy brought smiles to the neighborhood. Sandy made my mother a better person. We will all miss him.