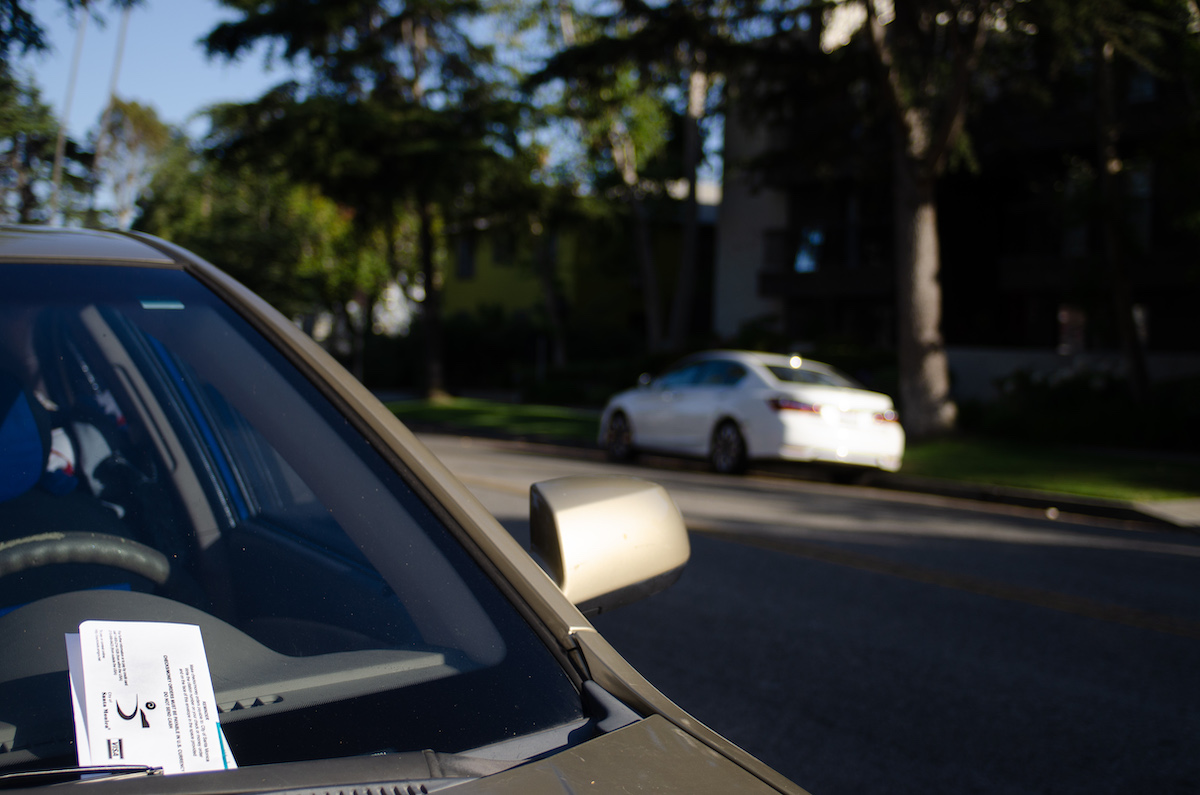 The City’s nineteenth supplemental order, issued on June 29, authorized the Santa Monica Police Department (SMPD) to resume issuing citations for street sweeping parking violations beginning on July 1. Sweeping did not begin, however, until July 6, under a restructured plan that cleans streets during the first full week of each month. Street sweeping restrictions were lifted in March due to the novel coronavirus (COVID-19) outbreak.

According to Constance Farrell, Public Information Officer for the City, notices were sent to residents via paper flyers, social media posts, an SM Alert and announcements in SaMoNews

“When we issued the emergency declaration extension through July 31, we included that street sweeping enforcement would resume in July. We sent an SM Alert on June 27, traffic services staff put notices on car windows last week, and we shared multiple times on social media and in SaMoNews (in both of last week’s editions, including a call out box dedicated to this announcement),” Farrel said.

According to a poll on the Mirror’s Facebook page, 37 percent of 154 respondents said that a notice was put on their windshield.

Despite these measures, some residents say they were no aware street sweeping was set to resume.

Davis W., a Santa Monica resident who lives on 3rd Street, says he went to his car Tuesday and was surprised to find a $73 dollar ticket on the windshield for a street sweeping parking violation.

“There was no communication in the SM community that parking enforcement for residential neighborhoods had resumed this week after months of being suspended. No notification in my building, nothing in my mailbox, nothing in SM local papers*. I didn’t see anything on social media or hear from friends. And just about every other car on the street had a ticket. This is deeply, deeply unfair. I would have been happy to move my car had I been informed – it would have been on the calendar and I would have spread the word to friends and others in the building,” Davis said.

“Your staff claims citizens of Santa Monica were informed. None of the people I spoke with had a notice on their car or were aware. If your staff thought they were informed – then why send two officers to ticket cars?” Smith wrote in an email to City Manager Lane Dilg that the Mirror was included on. “If we were informed – we would not park on the wrong side of the street. This is another aggressive and expensive overreach of City employees authority…. why are you harassing citizens when the need to isolate is now more important than ever?”

*It should be noted that the Mirror did cover the return of street sweeping back in May in a news show distributed on our website, social media, and an email newsletter sent to over 4,000 people.