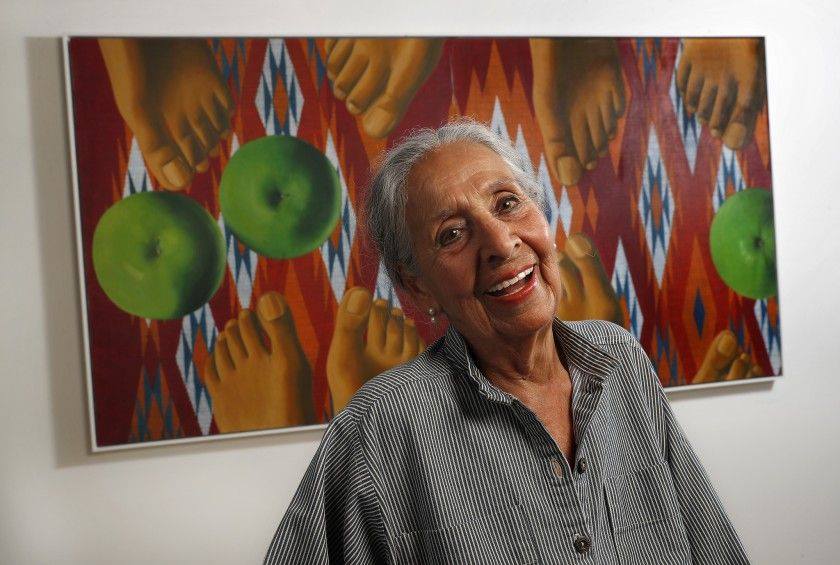 For some in Santa Monica, the name Luchita Hurtado rings bells, for others, it is a mystery. The 99-year-old artist recently passed away on August 13 in her Santa Monica home.

Hurtado was a Venezuelan born artist who received critical acclaim later in life, though her career stretched across decades. Her artwork centered around surrealism featuring a variety of drawings, portraits and engravings.

Hurtado lived in Santa Monica Canyon just off Mesa Road and had a studio in the city where she would paint at night.

Hurtado was born in Maiquetía, Venezuela in 1920 though she grew up in New York. She began painting in 1945, capturing scenes of big cities, but also reflecting various movements like feminism, Mexican muralism and environmentalism.

Though she had painted for more than 70 years and was in a variety of group exhibitions, her work didn’t necessarily rise to moderate fame until 1998, when curators stumbled upon her paintings after looking through her ex-husband’s work.

After a Hurtado-exclusive exhibit was held in the 90s, her works soon gained attention in 2017 being featured on display at the Annenberg Community Beach House. Her artwork also made an appearance at the Hammer Museum’s “Made in L.A.” exhibition along with several other publications including the La and New York Times.

“I’ve concluded that I’m going somewhere,” she told the New York Times in 2018. “It’s not death; it’s a border that we cross. I don’t think I’ll be able to come back and tell you, but if I can, I’ll find a way. If you suddenly see a pink ceiling, that’s me.”

Hurtado leaves behind two sons who are also artists though in performance and film: Matt Mullican and John Mullican along with two grandchildren.