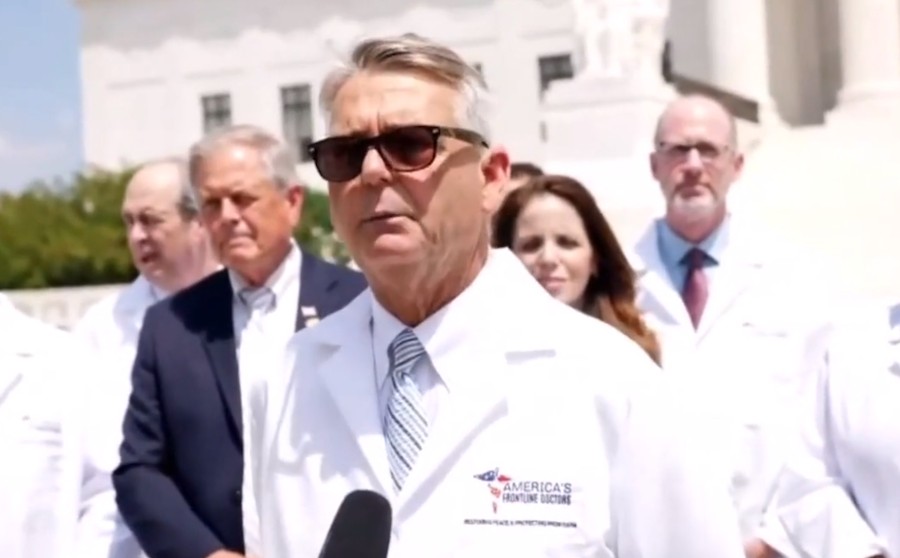 A Santa Monica pediatrician is raising some eyebrows about his speculations made in a censored social media video about coronavirus.

Dr. Robert C. Hamilton, in the video posted by Breitbart News, called for the reopening of schools, saying that data shows children are not major spreaders of the coronavirus.

Hamilton was one of several speakers at a taped press conference held by America’s Frontline Doctors in front of the U.S. Supreme Court last Monday.

The video is garnering attention for spreading msinformation about Covid-19. The video had reached up to 17 million Facebook views before it was taken down. It also was removed from Twitter and Youtube.

”We can send children back to school without fear,” the doctor wrote saying the threat of isolation was more of a danger than children dying from Covid-19.

Providence Healthcare did issue the following statement about the video along with Dr. Hamilton’s involvement.

“The viral video featuring a group called America’s Frontline Doctors is promoting what we believe is unproven, false and misleading information about COVID-19. Dr. Robert C. Hamilton’s opinions are his own and do not reflect the position of Providence with respect to protocols surrounding the COVID-19 pandemic. Providence is solely focused on providing quality, compassionate health care, and does not involve itself in school policy-making. Providence strongly condemns the false and dangerous claims made in the video.”

Hamilton– who founded Pacific Ocean Pediatrics in 1996–is also known for conceiving the “Hamilton Hold,”- a technique to calm crying babies.