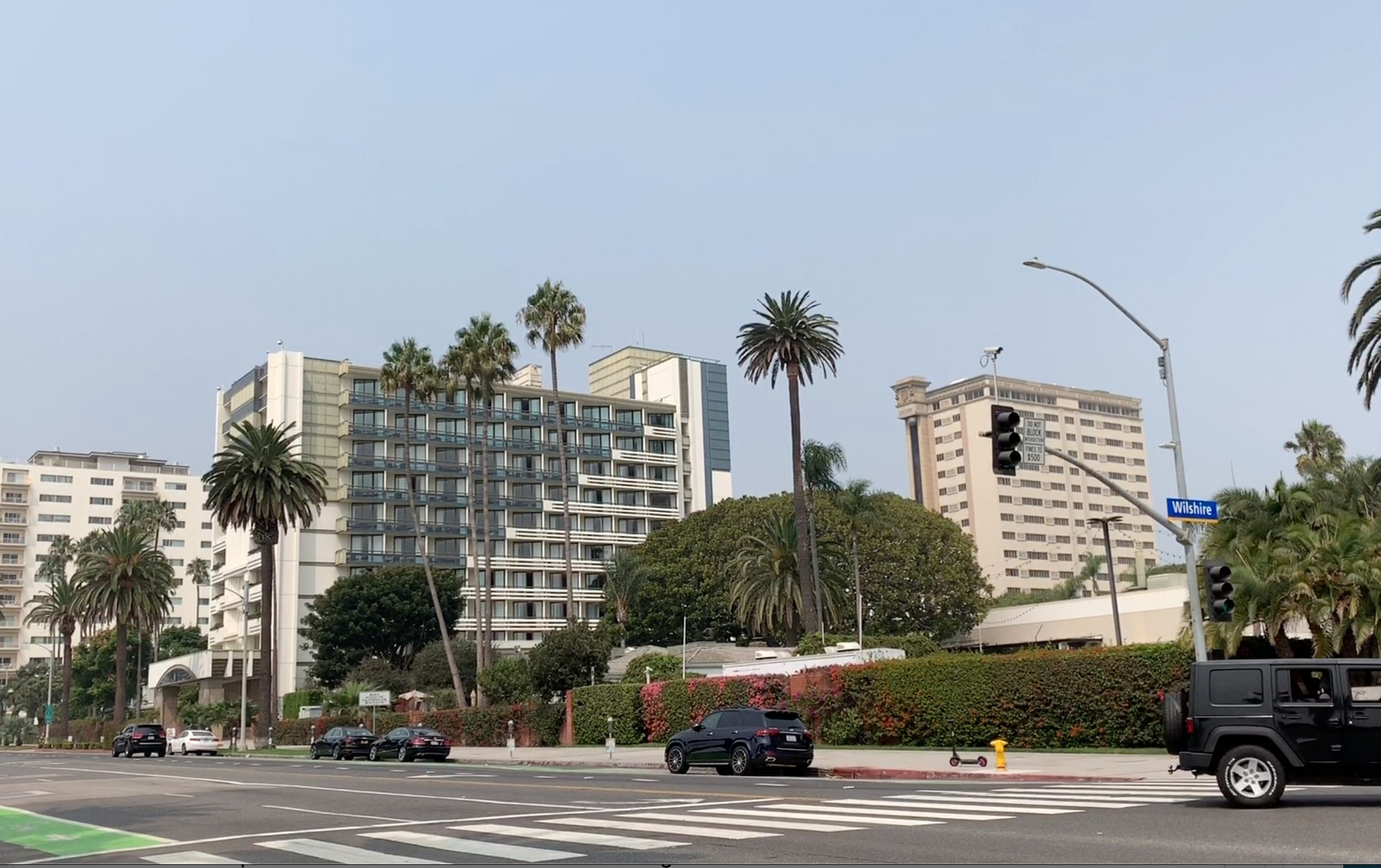 Santa Monica lawmakers will soon decide whether to approve or reject plans that have been in the works for a decade to redevelop one of the city’s most iconic hotels.

Under plans from the Athens Group, the hotel would nearly double in size, retaining the existing Palisades Building and Moreton Bay Fig Tree.

The 502,157-square-foot redevelopment proposal, which has been drastically altered three times during a decade-long planning process, calls for 312 guest rooms 60 condominiums and around 18,000 square feet of commercial space. In addition, land would be set aside land on 2nd Street for 100 percent affordable housing complex with 42 units.

The project is expected to provide a boost to a Santa Monica’s economy hit hard by the COVID-19 shutdown.

“I would probably vote against this if it had come up six months ago or asked for considerable reductions. And if that didn’t happen, I would have voted against it. And in fact, this goes to the reason I’m supporting it tonight,” said Commissioner Richard McKinnon. “We’re in the worst economic crisis for 100 years. We just haven’t quite seen it yet but the issues around the world are there. This [redevelopment] is something which says to people, ‘There is an investment. There are jobs. There is a future,’ and we need it to begin. That’s why I want it to be on a timetable.”

The only dissenting vote was Commissioner Mario Fonda-Bonardi.

Ellis O’Connor and Dustin Peterson with the Miramar Santa Monica say, however, that only a small percentage of the project would reach zoning height limits for the area.

“Only 14 percent of our project site takes advantage of the 130’ height limit in the DCP.  In contrast, over 50 percent of our site will be open space, including a 14,000 sf lushly landscaped garden for the public’s use and enjoyment, activated with food and beverage, artwork and programming. We’re very proud of the project and look forward to the upcoming discussion with City Council,” O’Connor and Peterson said in a statement to the Santa Monica Mirror.

The project was approved 6-1 and calls on City Council to fast track the project. City Council is expected to vote on the proposal at their meeting Tuesday, September 29.

As reported by the Santa Monica Lookout, Santa Monica City Councilmember Gleam Davis has asked the City Attorney if she should recuse herself from voting on the agenda item. Davis is married to John Prindle, a high ranking employee with Dell Technologies and Dell’s CEO Michael Dell owns the Fairmont Miramar Hotel & Bungalows through his investment firm MSD Capital. According to Davis, her family would not benefit financially from the Council’s approval of the Miramar expansion.