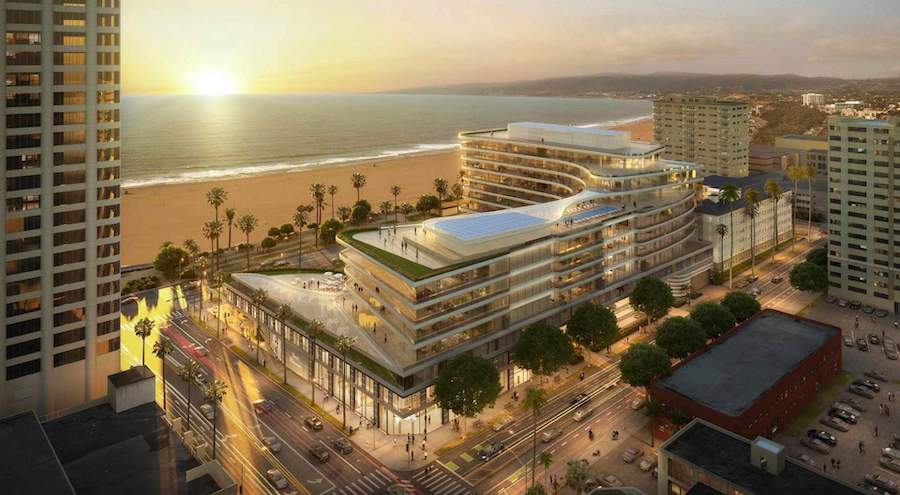 The Miramar Hotel has been a central part of Santa Monica’s history and an integral part of the community for the last 100 years. In order for the hotel to remain a community asset for the next 100 years, the time has come for a comprehensive reinvestment and revitalization. Given the significance of the Miramar site to the City, we recognize the immense responsibility of getting our plan right.

We have spent more than 10 years meeting and listening to thousands of our neighbors, local business owners, neighborhood associations, City staff and City decision makers to solicit input on our plans. We are grateful for the community engagement that has crafted a far superior plan (our fourth version) that we believe represents what makes Santa Monica the progressive City it is. This was most recently validated by the Planning Commission, which voted 6-1 to move the project forward to City Council with several thoughtful refinements to be considered as part of the Council’s review.

A key part of our vision is to preserve and honor the hotel’s rich history for future generations. That’s why we’ve made the 141-year old Moreton Bay Fig Tree and the 1924 Palisades Building, both local landmarks, central focuses of our design.

Our proposed plan implements the vision set forth in the City’s Land Use and Circulation Element for our site and is fully compliant with the Downtown Community Plan’s established height, density and open space standards, which were developed following an extensive, two-year public process.

Our design team, led by Pelli Clarke Pelli Architects, has created a world-class project that reflects the values and aspirations of today’s Santa Monica and will be a new architectural jewel for our Downtown. The plan removes the walls and fences that surround the hotel, opening the site – including the Fig Tree – to the community for the first time in decades. It includes 42 units of family-sized affordable housing on Second Street, directly across from the Miramar and one block from Palisades Park. It improves the parking and circulation around the site and enhances pedestrian and bicycle access, while creating compelling new publicly-accessible open space for the community, with outdoor dining, artwork and regular community programming.

The project will be built to the highest levels of sustainability (LEED Platinum) and a commitment to use 20% less water and 15% less energy than the existing hotel – an unprecedented approach to sustainability for new construction. We will continue to work with our partners at UNITE HERE Local 11 and provide more than 100 new union jobs. In total, the project is estimated to contribute over $100 million in project/community benefits.

The fiscal and economic benefits of the proposed project are critical in today’s environment. During construction, the project is estimated to create thousands of new constructions jobs. Over its first 25 years of operation, the new Miramar is forecasted to provide more than $444 million to the City’s General Fund to support City services like parks and libraries ($217 million more than the existing hotel) and a boost of more than $1 billion to the local economy.

We cannot express enough how proud we are of how our project has evolved over this ten-year public process. We are confident that the new Miramar Hotel will continue to be a vital community asset and contribute significantly to our City’s economic recovery. We look forward to, and are grateful for, the opportunity to present our project to the City Council.