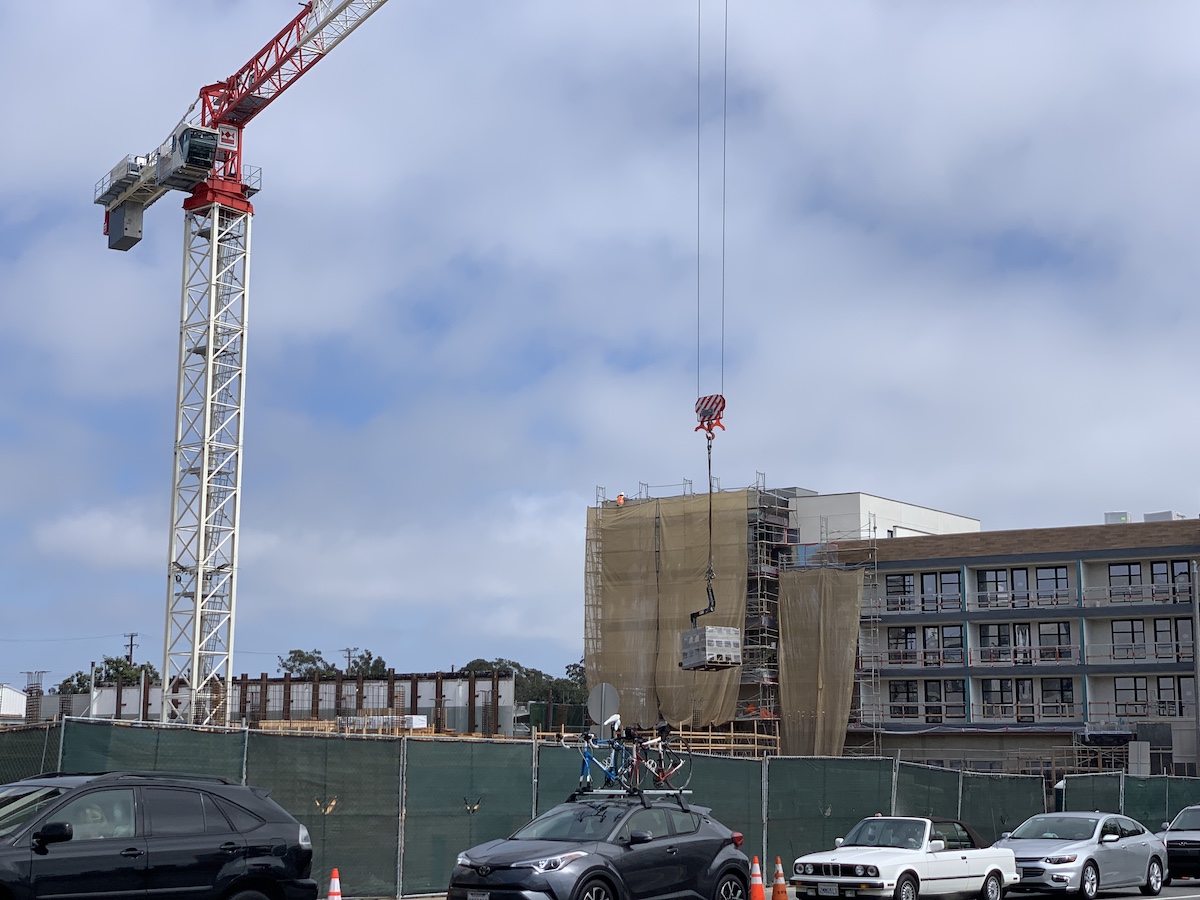 We have written about adaptive reuse in previous columns and have postulated that with proper incentives, the existing one, two and three-story buildings lining our downtown streets and boulevards provide more than all the buildable area we will ever need if properly re-purposed for new uses, including the 8,874 State-mandated housing units required by 2028. In addition, we see the decline in retail and an ever-increasing shift to remote working from home, shrinking the existing office space demand in those existing larger/taller office buildings scattered throughout our town, providing the potential for even more adaptive reuse to housing or other uses.

How has Santa Monica approached adaptive reuse? In the new zoning code adaptive reuse is mentioned only three times. That is more than in the previous zoning code but the reference occurs in the section titled “Employment Districts”, which are then defined as the Industrial Conservation Zone, the Office Campus zone, and the Healthcare Mixed Use zone. And while the zones list 100 percent affordable as a permitted use, it is not as a specific incentive for the purposes of encouraging adaptive reuse, and family housing is not among the approved uses “by right” except in the Healthcare district.

Adaptive reuse means more than just saving an old building from demolition. It means there is a lot of life, structurally and functionally, still left in the bones. It just needs a ‘heart’ transplant. Current technologies permit easy adaptation to new energy saving devices such as LED lighting, high efficiency heating and air conditioning system upgrades, energy saving glass and solar panels. Existing 2 & 3 story buildings can be made to be net zero in most circumstances, producing as much energy as they consume, desirable goal that should be encouraged. Water metering can be adapted for new housing units in the event that a building is repurposed for housing, and obviously re-use is a more sustainable solution than the demolition and building of an entirely new structure. It means a smaller carbon footprint than will occur from hauling debris and earth from a tear-down and subterranean excavation to a distant landfill that happens with the big box buildings you see currently redefining our downtown, most visible right now along Lincoln just north of the freeway.

The City of Los Angeles has a specific adaptive reuse code that encourages saving older buildings. They do so with specific incentives, for both economic and code compliance issues, recognizing safety at all times, but allowing certain exceptions that would otherwise be required of new structures. They have guidelines that encourage adaptive reuse for housing, and under that ordinance there are approximately 100 projects have been completed or are in the process of development. Why does it seem impossible for our City Council to encourage and incentivize a similar program instead of their supporting a cruise ship sized hotel/condo project that simply enriches the developer, and a massive office/hotel project on our city land, instead of resident desired open space in the heart of our downtown. In the real world, in real time, the building frenzy we are being subjected to means more vehicles, more congestion, more demand on the infrastructure, water consumption, power consumption, waste, and sewer demand. It means less open space and less blue sky. It is self-perpetuating revenue tail-chasing, and, simply put, more is more, and we don’t need more, we need responsible. And for that we need a clean slate of new, resident oriented, council members.

The council obviously needs a ‘heart’ transplant, and with 5 seats up in November, lets help our city get that new heart! And note that all five of the existing council members running for “re-election” were not “elected” by a vote of the public for their first terms, but rather appointed by ‘friendly’ sitting Council members in mid-term appointments. However, on the ballot they receive the benefit of being identified as ‘incumbent’. It is self-perpetuating, by and for, one political party’s control in Santa Monica for the past 40 years, and look what they have done, and are doing, in over-building our beach town and seemingly blending it into Los Angeles. No to incumbents.

Why would anyone who cares about the environment, or the uniqueness and value, of what a low-rise beach town brings to the greater region, want to continue the demolition of our town and build it into the dense urban mess it is fast becoming? As we can adapt existing structures for new uses without having to destroy them, we can responsibly adapt our built out beachfront town without having to demolish it just to build higher and more dense. At the same time we can respect the voice of its residents, who have been ignored by the council for much too long, and prepare for the future impacts expected by predicted sea level rise, droughts and the likely water shortages that are foreseeable in the near future. We just need the heart to do it.

This November we can give our beach town that new heart by voting in a new clean slate of council members. SMa.r.t. has two of our own running and we trust you will consider voting for Planning Commissioner Mario Fonda-Bonardi, and Arts Commissioner Phil Brock to be your new City Council members. They will hear you and represent you, not developers or special interests.