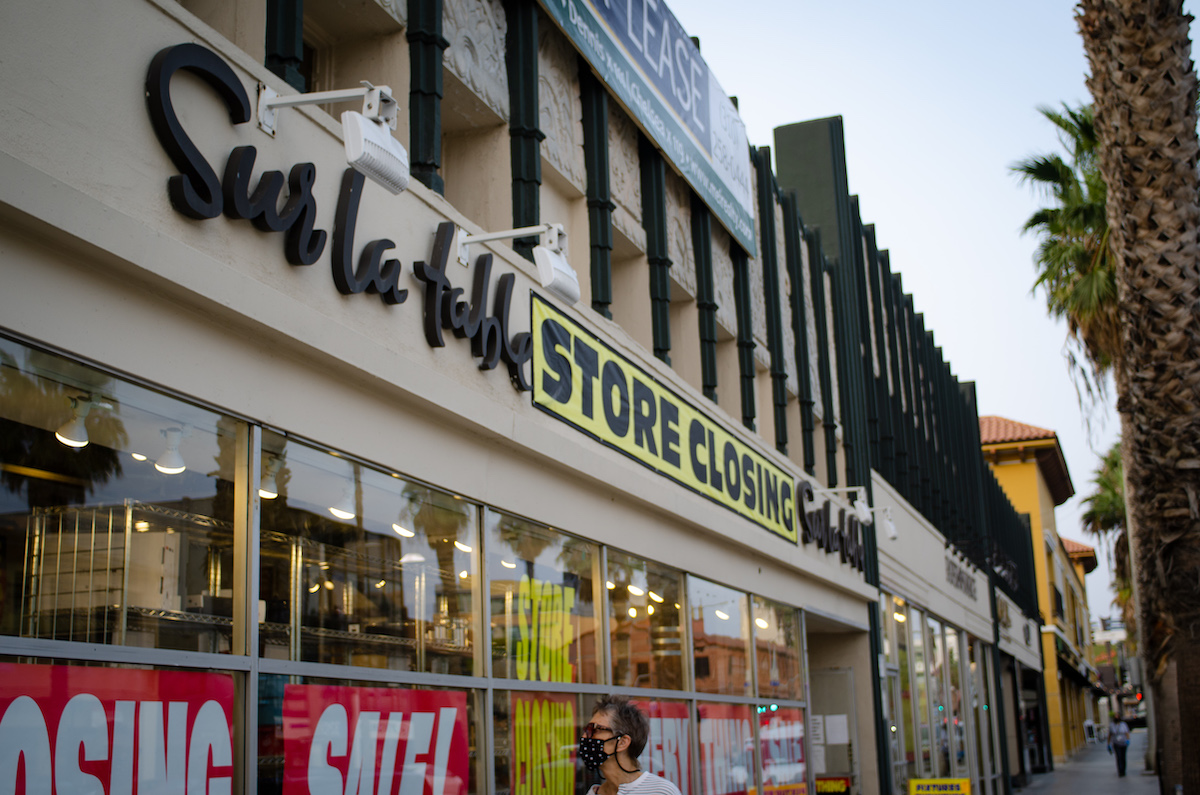 In addition to the ample signage announcing the forthcoming closure and associated clearance sale, MEI Real Estate Services has listed the building housing the culinary store at 301 Wilshire Boulevard as available for lease.

In June, Sur La Table was served a five-day notice to pay rent or quit the premise. The notice listed the total amount due as $201,060.01 and listed the base rent for the property as $59,618.68 per month. It appears the store paid its dues as it has continued to operate in the months since.

The Santa Monica Mirror has reached out to Sur La Table for more information regarding the closure, but the company could not immediately be reached.

These moves come as Sur La Table is closing more than half of its 121 locations across the U.S. after the company filed for Chapter 11 bankruptcy protection, leaving just 55 locations remaining.

In 1997 Union Bank retained MEI to manage and lease property. According to MEI, directly across from the Third Street Promenade the property was well below market rate. At the time, LensCrafters occupied the corner suite.

“While they were interested in a 5 year lease extension, they would only pay $1.70/SF NNN. MEI persuaded Union Bank that the rate was too low and proposed that they give us two weeks to find a replacement tenant at rates closer to the market which were slightly over $3.00/SF,” reads an MEI description of the property. “We were able to place Sur La [Table’s] flagship store at this location at a rate of more than double what LensCrafters was initially offering. At the same time, we knew of an upcoming vacancy in a neighboring center and facilitated LensCrafters leasing of that space at a rate closer to their desires amount. This transaction served as the catalyst for MEI to more than double the rents for the remaining 5 tenants at the property thereby increasing ownership cashflow by over 100%.”

The building, constructed in 1936 as a bank, is described by the Los Angeles Conservancy as a “resilient holdout from an earlier era of one-story commercial developments of the 1920s and early 1930s.”

“the restored Art Deco facades at 301 and 309 Wilshire are quite ornate, containing a series of narrow panels separated by mullions and each containing a relief of zigzags and stylized plant forms,” the Conservancy noted.